Tre Lawson was well on his way to becoming a college track star when one seemingly innocent drive ripped that dream away.

In 2017, the then high school student from Macon, Georgia, was heading home from a track meet with friends when they lost control of their car. It fell down a 30-foot ravine, nearly severing Tre’s spinal cord. The accident left him paralyzed from the waist down. 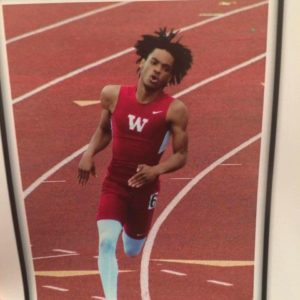 The teen was devastated, to say the least. His days of sprinting around a track were over. His athletic career had only just begun, and he’d been recruited by top schools, including Auburn and Clemson. Tre recalls being in “a bad place mentally” after waking up in the hospital and even having suicidal thoughts. But when he started physical therapy at Shepherd Center in Atlanta, something changed in him.

“On the third day I was there, I was going around and you see some people can’t move their arms,” Tre said. “You just realized you are blessed with another chance.” 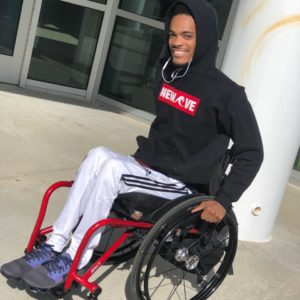 From then on, Tre gave everything he had on the road to recovery. He also started a non-profit organization called Rolling Hope, which raises money for the Shepherd Center and spinal cord injury research. After a few months, he could stand and take steps with a walker… and recently, his hard work paid off in a remarkable way. 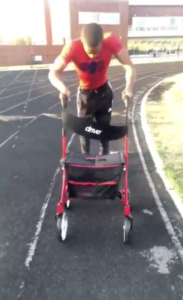 In early April, the now 19-year-old Fort Valley State University freshman shared touching footage on Twitter with the caption, “I’ve dreamed of the day when I would be finally strong enough to go around a track.” The video shows Tre using a walker to take a lap around a track as his friend records and encourages him. It’s the first time he’s done so since his accident and is a true testament to his perseverance. 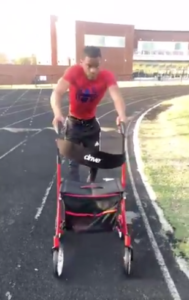 Millions watched and rejoined in Tre’s incredible accomplishment, calling him an inspiration. But he says this is only just the beginning for him.

“I actually want to do one lap a week. Then, when I get stronger, I want to build to two. And finally kick the walker to the side.” 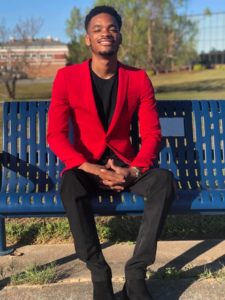 Tre says there are two things that keep him going: his mom and his late brother, who died before his accident. “I have his picture at my bedside, and he gives me energy,” Tre said.

With the inner strength and determination this brave young man possesses, we’re certain the day will come when he’ll toss that walker aside for good. Watch as Tre walks again on the track in the clip below, and share his inspiring story with others.

I’ve dreamed of the day when I would be finally strong enough to go around a track ❤️🚶🏽‍♂️ pic.twitter.com/2E1MKfObFY