Growing up, people always told Stephanie Hammerman what she couldn’t do.

Born with cerebral palsy, doctors told her family she’d never be able to walk, talk, read, or write. Yet even as a child, Stephanie refused to believe that she was incapable of doing anything she set her mind to, so she spent her early years proving everyone wrong. 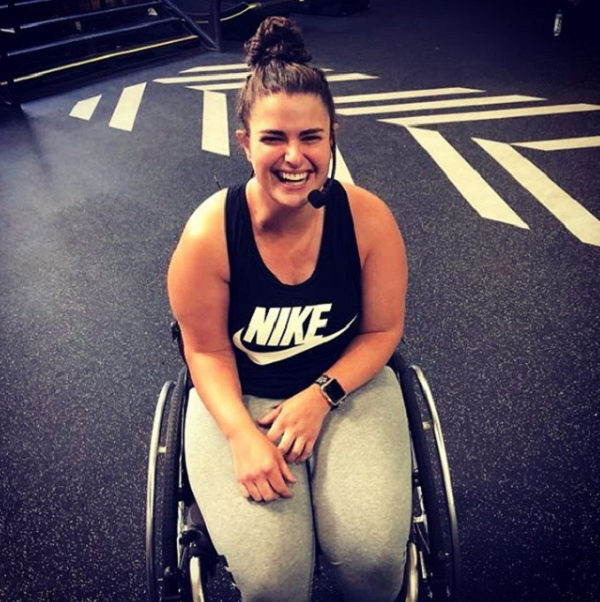 “I thrive off of achieving the ‘impossible,'” Stephanie explained. “When I was younger and told that I would most likely never do something, that quickly became the catalyst to me finding a way to prove you wrong.”

What started with Stephanie’s insistence on going to sleepaway summer camp with her friends resulted in a determined student who not only learned to read and write but who also went on to earn herself a master’s degree. When she finished up her graduate studies she turned that laser-focus to improving her physical health, so she signed herself up for a hand-cycled marathon using her wheelchair. 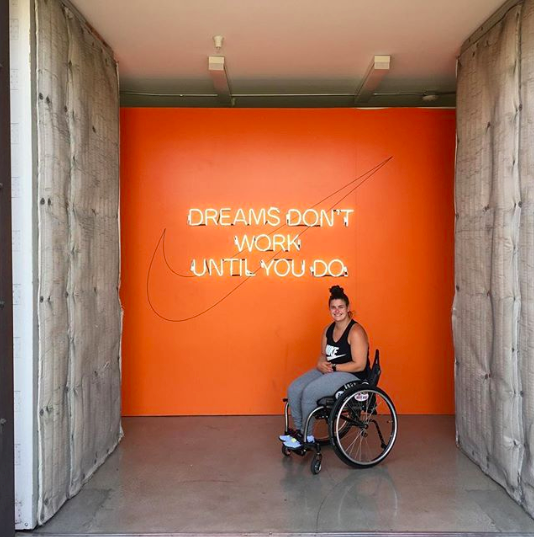 She finished the race in 4:34:16, but most importantly, the race ignited a spark inside her that propelled her towards her future as an athlete. “It’s always really fun to surprise people,” she said. “Nobody thought I would be an athlete. When you’re born with some sort of difference, it’s really an innate sense of positivity.” 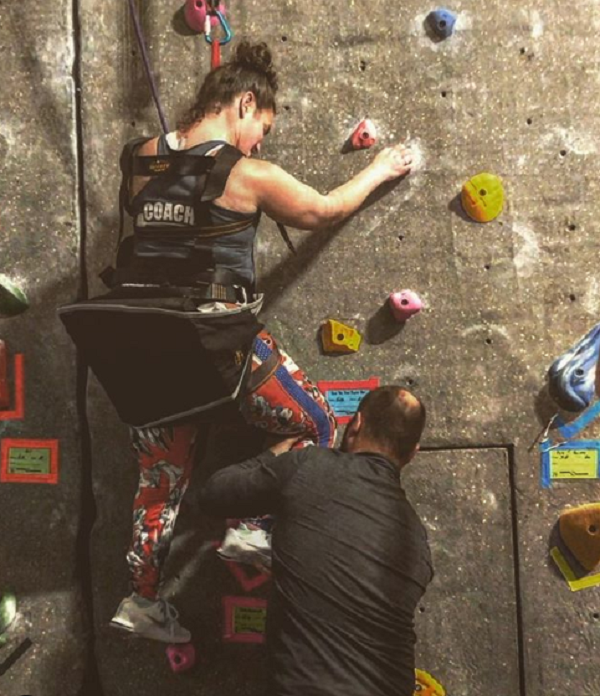 A few years later Stephanie, who goes by the nickname “The Hammer,” was looking for her next physical challenge when she heard about CrossFit. She tried a few classes and was instantly hooked, working diligently to work her way up the training ladder until she became the first Level 2 certified trainer with cerebral palsy ever! 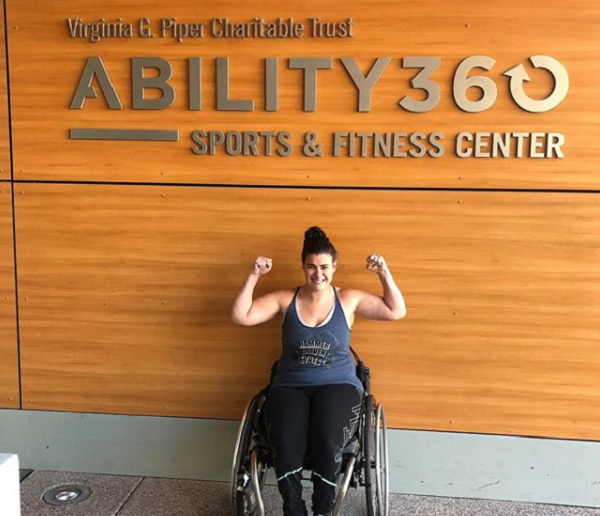 Things were going well for Stephanie as she built up her training practice, but in 2014 life hit the budding athlete with yet another setback. Stephanie was diagnosed with Hodgkin’s Lymphoma stage 3B, but even in the face of a cancer diagnosis, The Hammer’s drive to overcome all odds helped her power through.

“I didn’t have time for cancer,” she said. “I went into the doctor’s office and she said, ‘I’ve never worked with anyone with cerebral palsy before.’ I said, ‘We can do this. I just need to know what you need me to do.’ And she said, ‘Just be exactly who you are.’” 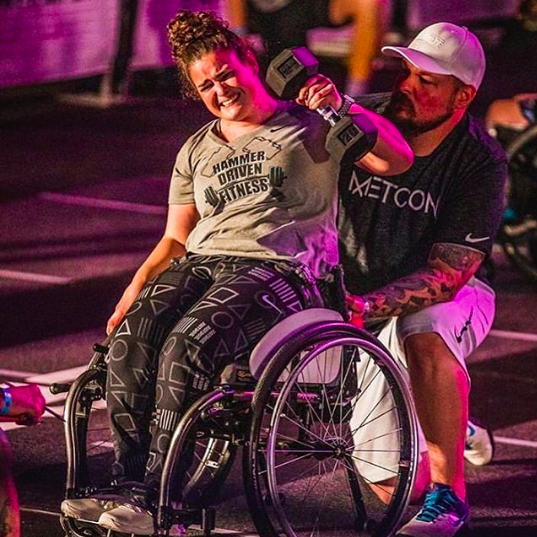 Perhaps it was her positive attitude and powerful spirit that helped kickstart Stephanie’s cancer treatments into hyperdrive. She began a 29-week course of treatment… but after just seven weeks, tests showed that Stephanie was already cancer-free! She still finished the course of treatment, and once she could count “cancer survivor” among her growing list of accomplishments she set her sights on the next goal. 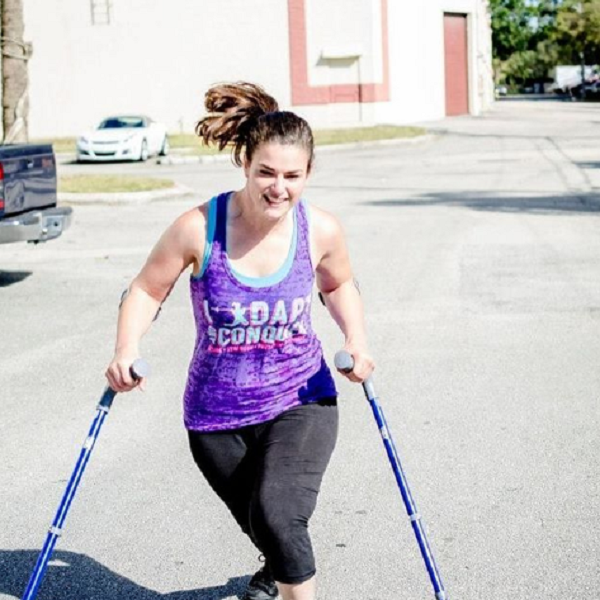 In 2017, Nike came calling. The athletic company tapped Stephanie to become their first adaptive athlete thanks to a review she left on their Metcon sneakers, which she had told them worked well with movement on crutches.

“When they told me they wanted to sign me as an athlete, I was like you wanna do WHAT?!” she exclaimed. “The cool thing about Nike is that they don’t just say they’re going to do something. From the very beginning, everyone at Nike treated me as an elite athlete.” 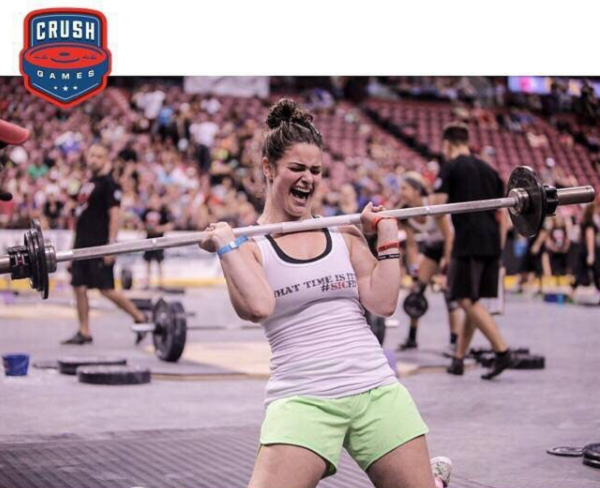 Using this momentum, Stephanie was able to open up her own CrossFit gym outside Raleigh, North Carolina, in 2018. Hammer Driven Fitness now has a full host of members, including many who require special adaptations like Stephanie’s.

They’re not here because I’m in a chair. They want me to help them get better. That’s my purpose. That’s why I’m here. I am an example for so many people out there, and what’s really cool is people come in and I change their perception of what an adaptive athlete looks like. I change their perception of what it means to be part of the adaptive community, and I can’t be more proud of that. 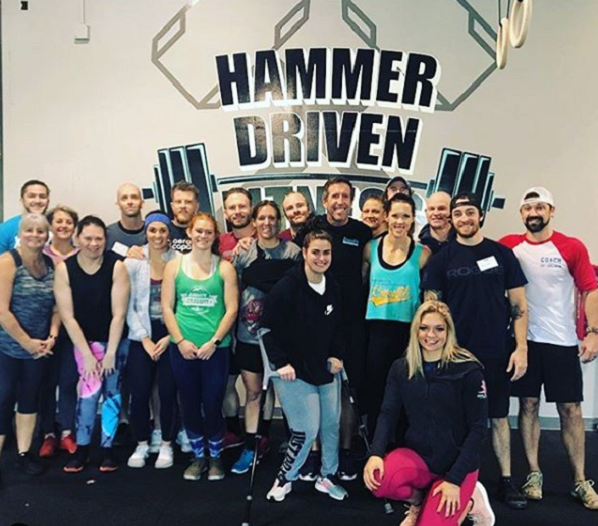 People like Stephanie are blazing trails and inspiring others simply by being themselves! Her incredible can-do attitude makes us all realize that the only limitations in life are the ones we place on ourselves. If Stephanie can achieve so much as an athlete, we can certainly get up off the couch, too!

Please share this story to inspire a healthy attitude and drive to succeed in everyone who wants to improve their lives.