When a player is hurt during a sporting event, the crowd becomes silent and players take a knee until the injured player is escorted off the field. Oftentimes, the player will give the crowd a thumbs up, reassuring everyone watching that they’re okay.

Emeka Nnaka tried to give a thumbs up after his football injury, but when he couldn’t, he quickly realized the situation was serious. 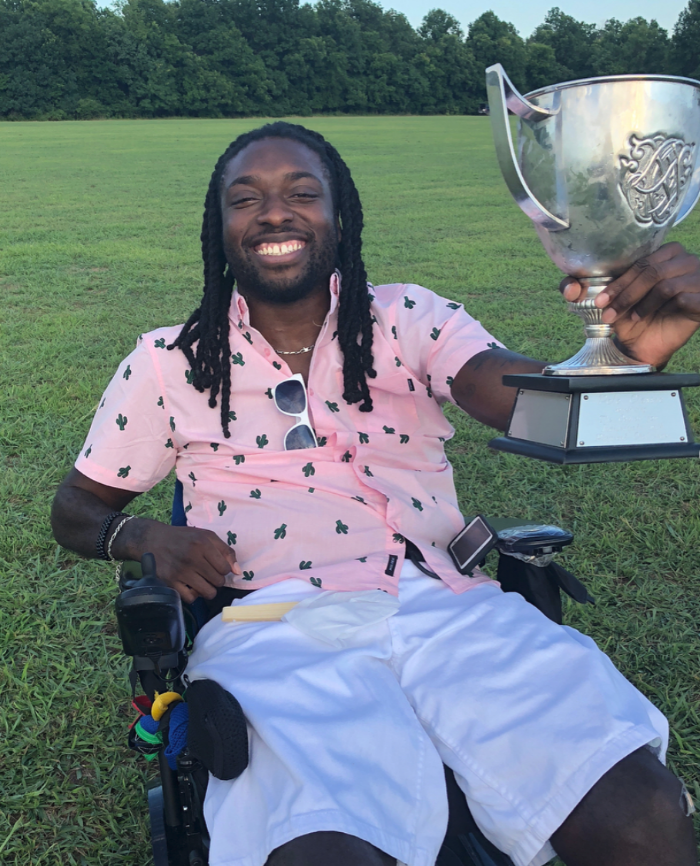 It happened in 2009. Emeka was just 21 years old, playing defense for the Oklahoma Thunder, a semi-professional football team. He went to tackle his opponent, a tackle he says he had done many times before, and he heard a crack.

Emeka had broken his neck in the tackle and was rushed to a hospital where he endured a nine-hour surgery followed by months of rehab. He was paralyzed from the chest down. 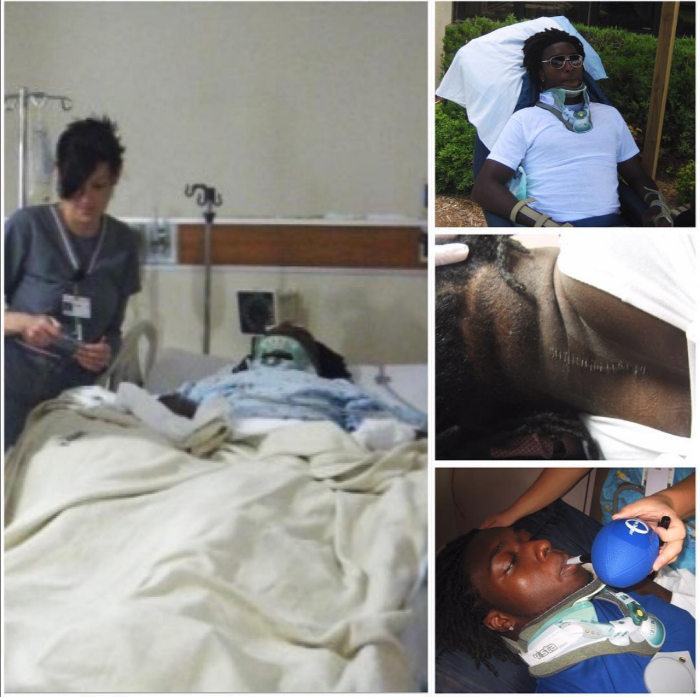 Emeka knew there was no use in sitting around feeling sorry for himself, so he used his situation to bring light into other people’s lives. Over the last nine years, he has been heavily involved in community outreach, raised money for the Tulsa United Way, contributes to an initiative to “redesign and reimagine Tulsa schools,” and serves on the Board of Trustees for Tulsa Transit. Additionally, he uses his story to give motivational speeches and inspire and educate people. He has taken a life-altering accident and made it into a personal mission to bring about positive change.

It’s no surprise that when Ellen DeGeneres heard Emeka’s story, she wanted him on her show. 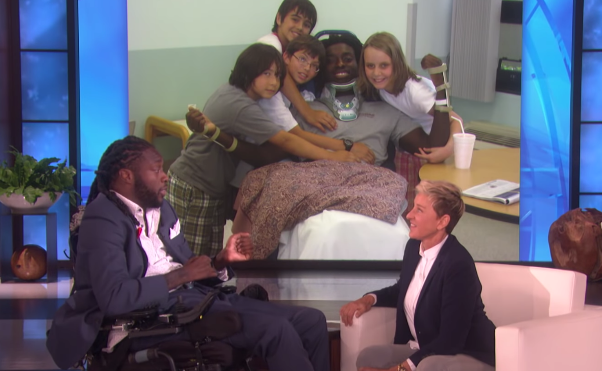 Over the last year, Emeka has experienced a string of bad luck. His father and primary caregiver broke his foot, his van – which is handicap accessible – was totaled, and he lost most of his possessions in an apartment fire. Because of this, a GoFundMe page was made for him, with a goal of $100,000.

Ellen knew all of this information before bringing Emeka to her show (which she told him was simply a tour of the studio and a segment for EllenTube). She knew of all the good Emeka had done after his accident, and how many lives he had touched. Which is why she decided that, as part of her “One Million Acts Of Good” partnership with Cheerio’s, she’d gift the athlete with the $100,000 he needed to get back on his feet. 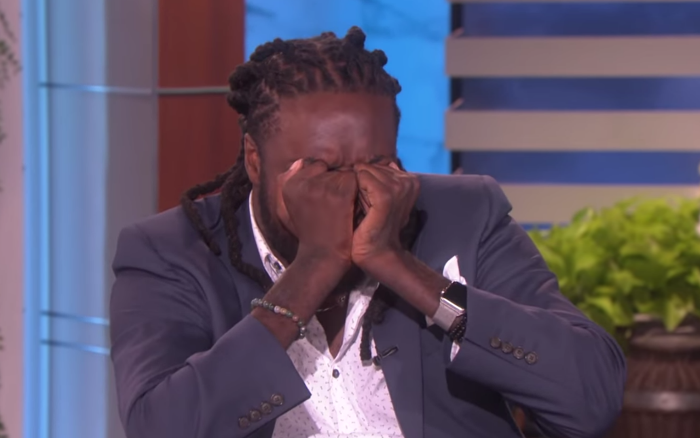 In addition to Ellen’s generous donation, Emeka’s GoFundMe is still active and people have donated more than $27,000 to his cause. Many donors have commented on Emeka’s character and strength. One person said Emeka “always encourages and lifts people up” and that it was “an honor to give a little to him”.

Watch Ellen’s interview (and surprise) with Emeka in the video below, and share his story with your friends!