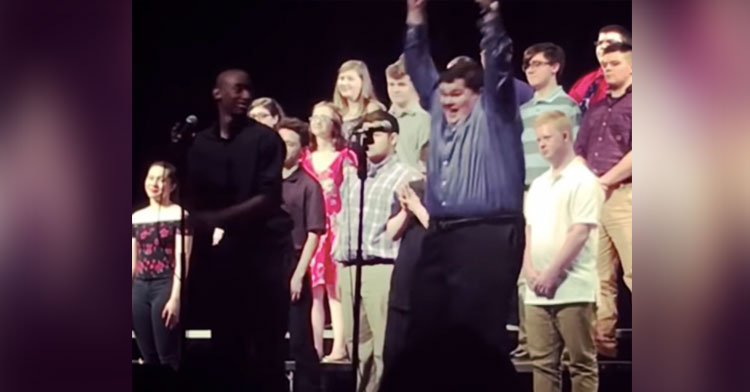 Crowd Cheers When Teen With Autism Nails Choir Solo And His ...

There are some videos that were made to go viral. This is one of those videos.

“Music is a big deal to Tommy,” explained Will Sondgerath, father of two sons with autism and self-professed autism advocate. Will and his wife Kate Sondgerath of West Lafayette, Indiana, often have DJ battles in the car with their youngest son Tommy, each family member selecting their favorite tunes to make the ride more fun. 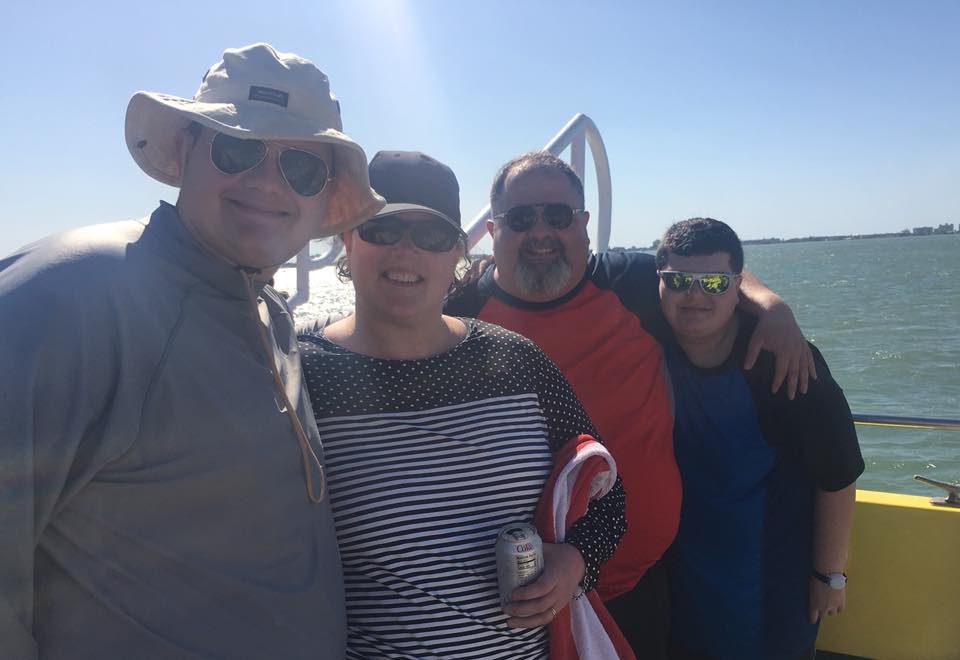 Sixteen-year-old Tommy is a sophomore at Harrison High School. He loves to play basketball and sings in the Intermediate Choir. Tommy puts everything he has into his performances on the basketball court and on stage, so when music teacher Jaclyn Richardson offered him a chance to sing a duet with fellow student Kris Wilkerson at the school’s Spring Choir Concert he jumped at the opportunity.

Jaclyn says that all students are welcome to join her choir class, noting that there are six or seven kids with special needs (including Tommy) who are currently in the mix. Even teens who are nonverbal are encouraged to step onto the stage and experience what it’s like to perform before a live audience, adding, “Being around music offers them an inclusion-based class that is stimulating and fun.” 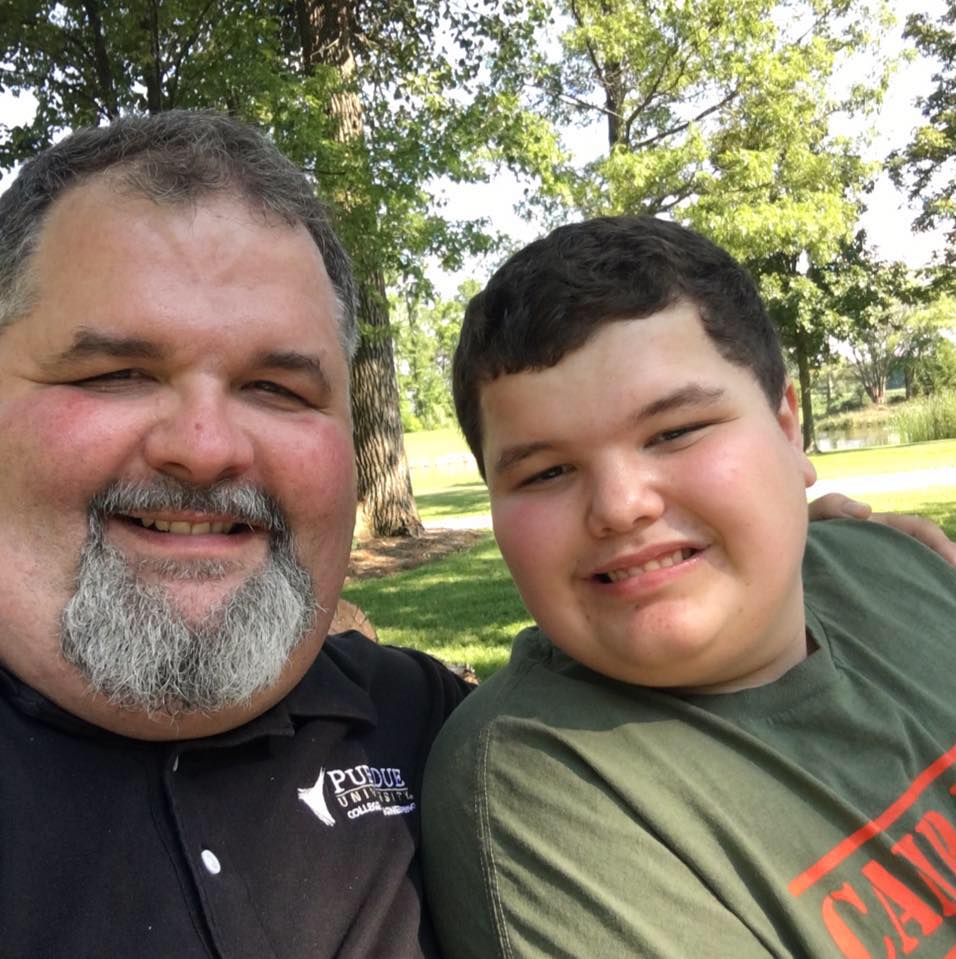 The Harrison Spring Choir Concert is designed to be a fun and laid-back event. Students nominate music they’d like to perform and the other kids vote on it. The students also compete to see who will get a solo, and Tommy is the second student with special needs to receive that honor.

The day before the concert, Kate and Will learned that Tommy would be singing a duet for one portion of “A Million Dreams,” a show tune made famous by Hugh Jackman in the film “The Greatest Showman.” Kate immediately downloaded the song so that Tommy could learn the lyrics and practice the song’s timing.

On the night of the big concert, Tommy was beside himself with joy. As soon as Will started recording video of the big song you can see Tommy dancing, clearly bursting with enthusiasm. When the time was right, he stepped up to the microphone with Kris and belted out his well-rehearsed portion of the song, pausing to pump his arms in excitement after every line. 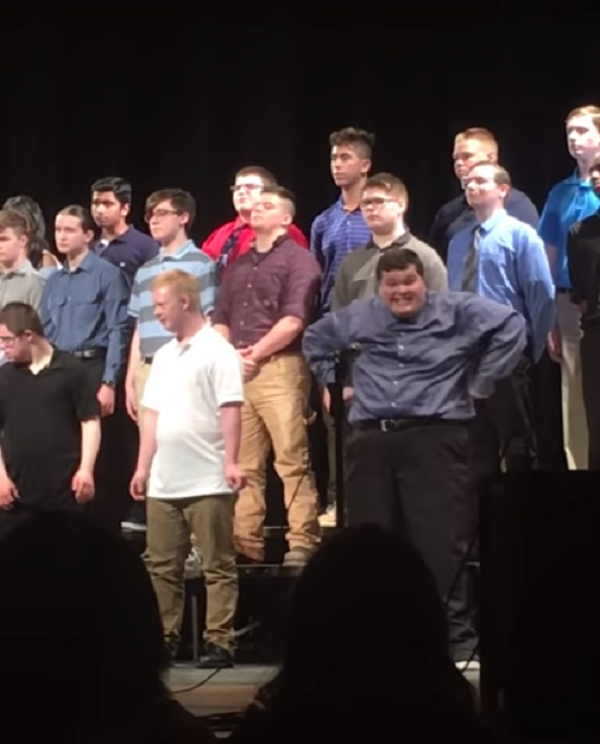 The crowd’s reaction is instantaneous — you can hear them begin to chuckle as soon as Tommy excitedly opens his mouth in a huge smile and begins pumping his arms up and down in pure joy, adding in some muscle-flexing and thumbs-ups to celebrate his big moment. When he finishes his part of the song there’s a spontaneous burst of cheering and applause from the crowd.

“We did not know what to expect,” Will said later. “We were both floored by his performance. We both had ‘happy tears,’ as Tommy calls them.” 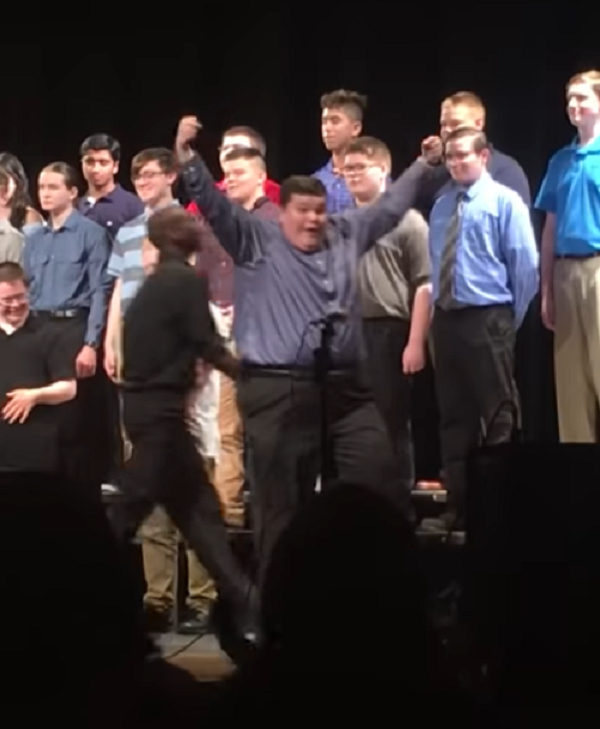 Will admits, “Kate and I were a lot more nervous than he was. Tommy knew the song, but we knew there would be a difference between singing amongst your peers and singing a duet in front of everyone.”

Will was so blown away by his son’s hilarious duet that the proud dad uploaded a clip to his Twitter page, captioning the video, “This is what #inclusion looks like at Harrison HS.” Within a day, the autism advocacy organization Autism Speaks had reposted the video, sharing it with their millions of fans worldwide.

The next morning Tommy woke up and told his parents, “Mom and Dad, I’m going to be famous at school today.” He had a hunch that his over-the-top performance would earn him a lot of praise and fun comments that day, but he had no idea that the enthusiasm would extend far beyond Harrison High. 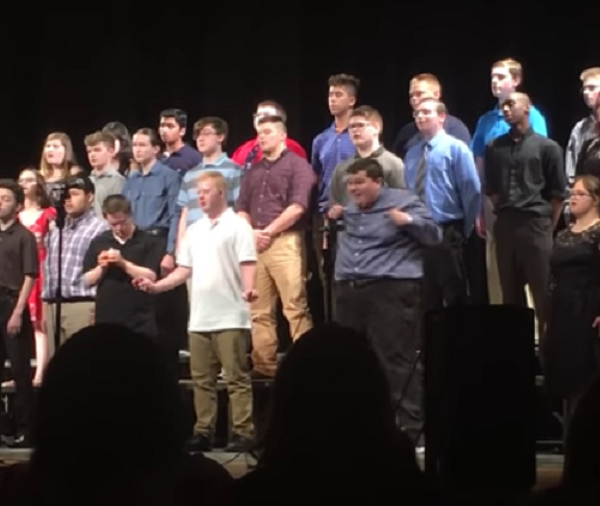 Within a week the video Will had shared went viral, earning almost half a million views across a variety of social media platforms. Everyone who sees the video can’t help but grin at the infectious joy Tommy displays. He’s just so incredibly happy to be a member of the choir and so proud of his performance! Will says the family has been overjoyed by the response from strangers all over.

“While we are not surprised by the reactions of our friends – and Tommy’s friends’ reactions – we are surprised by the wonderful comments and notes of support we have received from complete strangers all across the country,” he said. 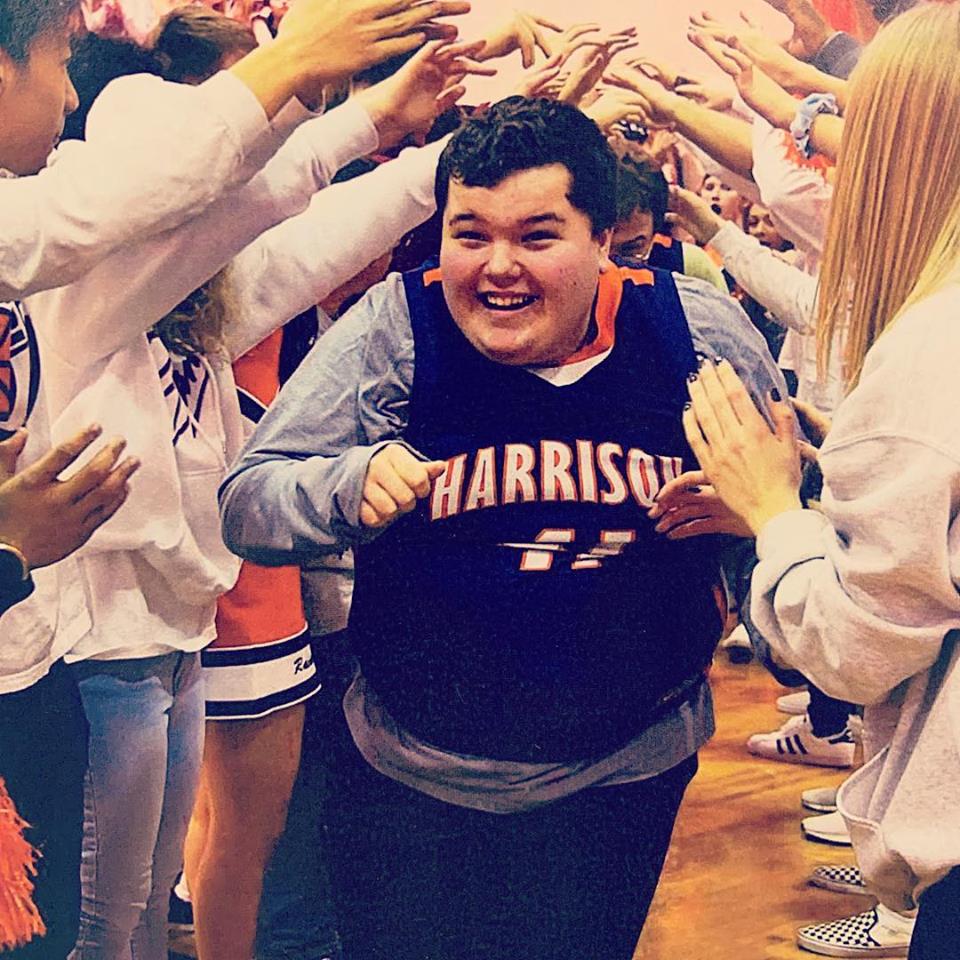 It wasn’t so long ago that kids like Tommy would not have been included in the choir at all, much less given the chance to bask in the limelight in front of peers like this. We’ve come a long way towards granting kids with special needs the same rights and privileges that other children enjoy — this is a wonderful example of what can happen when we enable all students to shine!

Watch the video below to see Tommy’s fabulous duet performance, and don’t forget to share.