Sef Scott may not speak very often. But when he does, it’s best to listen up.

He’s the last person anyone would’ve expected to speak at the Plano Senior High commencement ceremony in Frisco, Texas, last weekend. But allowing for the unexpected was the whole point of his speech. 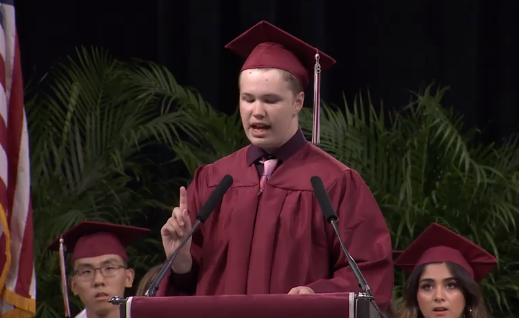 Unexpected. That is what I want you to remember. Unexpected. First and foremost, I would imagine that to the seniors that know who I am that it is entirely unexpected that I would be standing here giving this speech.

It was unexpected because Sef has autism and a social disorder, which means that even though he has the same vocabulary and ability to string words together as everyone else, most of the time, he chooses not to. 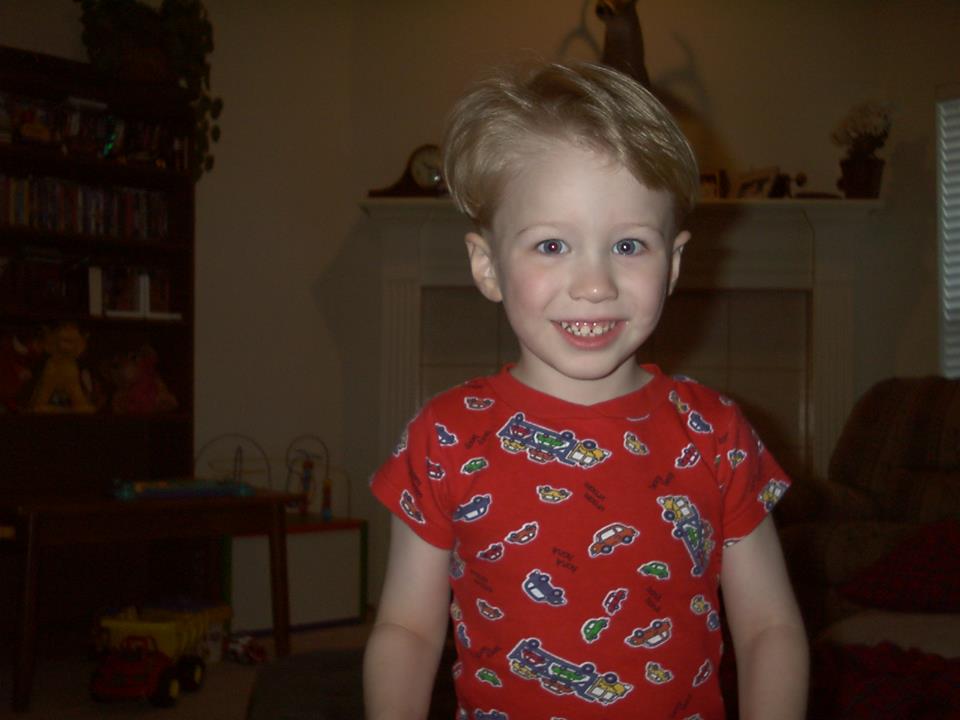 So he never really had the opportunity to be heard, but he saw his chance when graduation approached, and his mom asked if he’d be interested in auditioning as one of the commencement speakers. She was pleasantly surprised when he was incredibly enthusiastic about the idea. So she and his brother, Sim, sat down and helped him write it word for word. 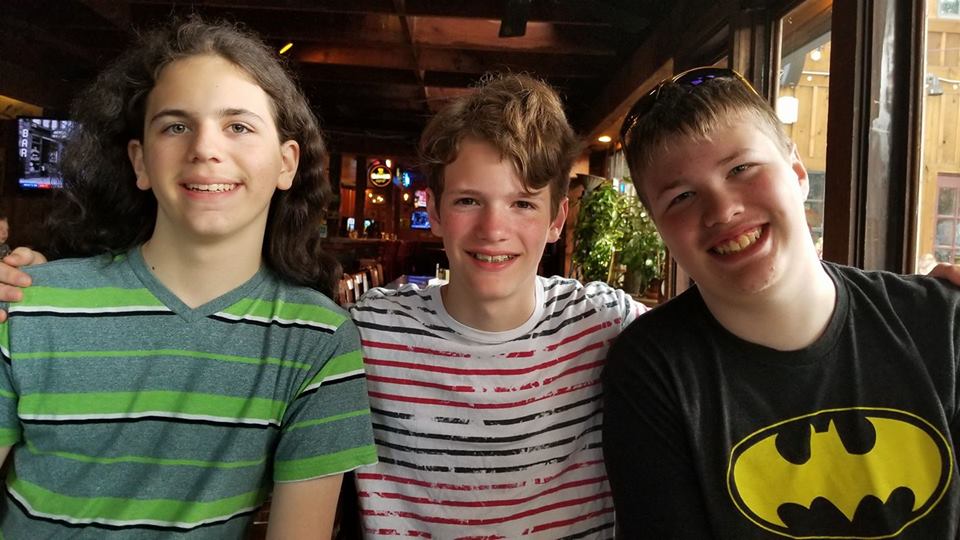 Sef’s enthusiasm came, at least in part, from the example set by his older brother. Sim is a cancer survivor who gives speeches to raise funds for pediatric cancer research, so Sef saw it as a way of following in his brother’s footsteps. 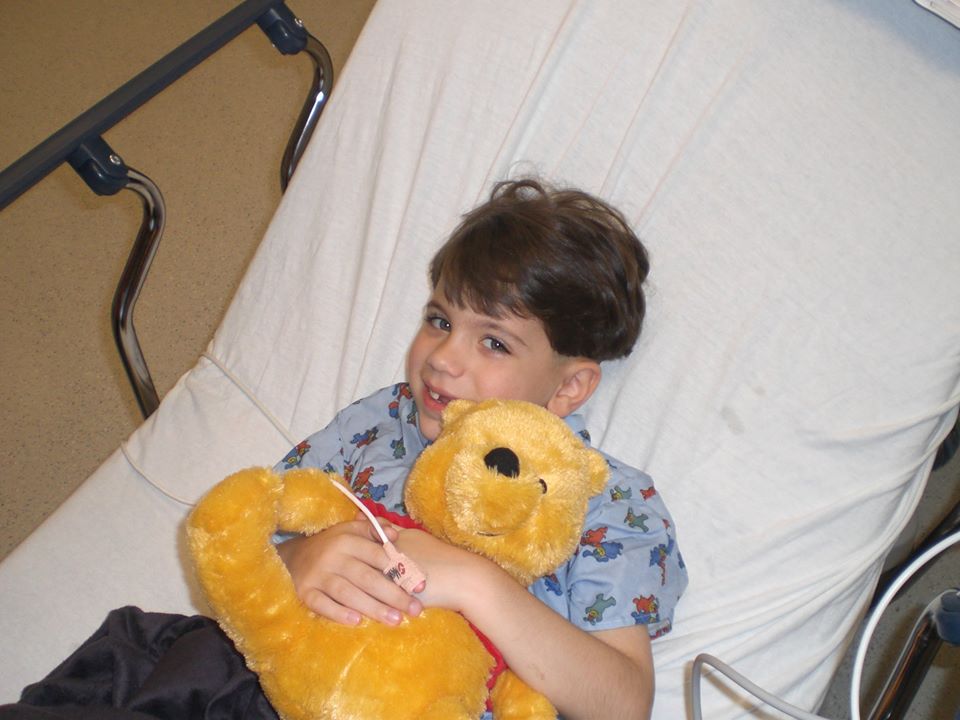 But like most everyone else in high school, he’d been cast into a mold, and this allowed him to show his classmates that there’s more to him, and practically everything else, for that matter, than meets the eye.

In front of me, I see athletes, musicians, and scholars, along with shy loners and class clowns. Many of you fit into more than one of those categories. At the same time, all of us have plenty about us that makes us all unique. What a wonderful mix. 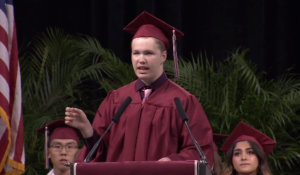 Vicki and Sim just wanted him to have the opportunity to have his voice heard “in whatever way he could manage,” and they’ve been blown away by the response. The speech went viral, but it had a special impact among the graduates and guests that day.

“It affected me so profoundly,” she said, adding, “I could hear all around me, other people were crying, too.”

We all share one thing in common, for sure. We all made it. And how do I know that? Well, it’s kind of obvious. You’re all right here with me at a graduation ceremony wearing those caps and gowns. Yes, I have autism, but I am also a smart alec. Unexpected, right? 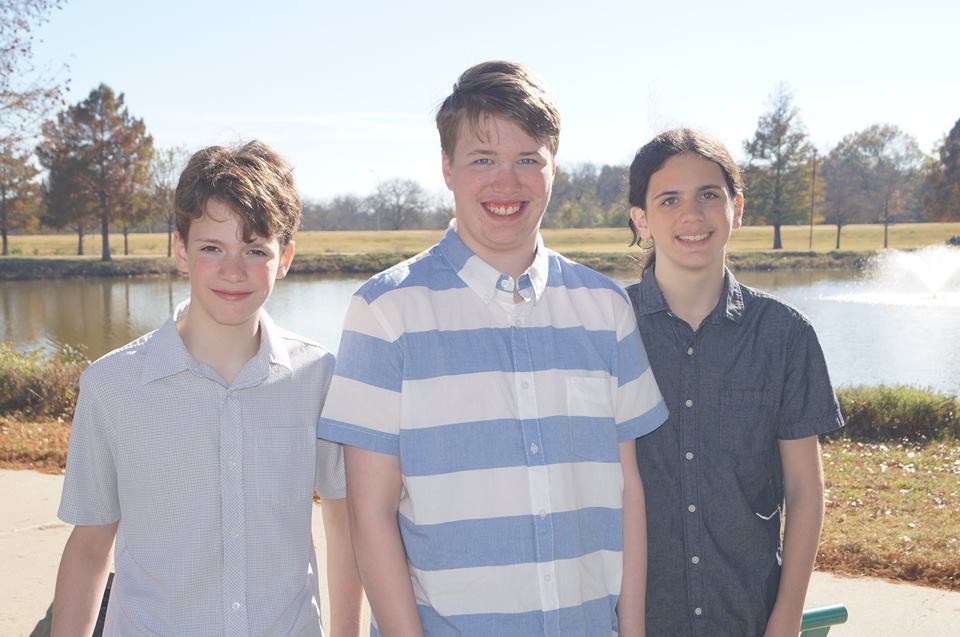 You can sprinkle unexpected moments throughout your everyday life that can benefit those around you with very little effort on your part.

Don’t follow someone else’s dreams. Don’t waste time on something you never wanted. Do the unexpected. It is your life that you are living, not someone else’s, so do what fulfills you. 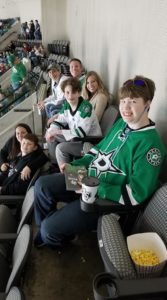 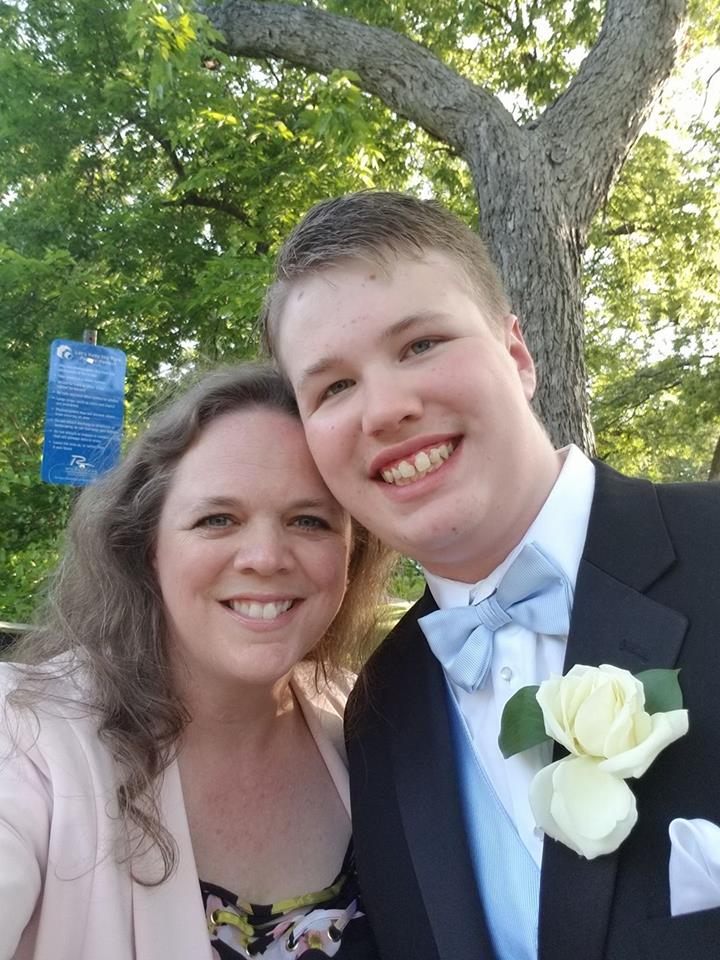 The six-minute speech not only wrapped up his high school career, but was also a personal best for a young man who’s incapable of engaging in normal, back-and-forth conversation.

But with the microphone all to himself, standing before hundreds of shocked graduates and even more spectators, he finally got to say his piece without interruption. Except, of course, thunderous applause!

Click on the video below to hear Sef’s speech in its entirety.

Share to inspire others to allow for the unexpected, follow their heart even when risk is involved, and to always being kind and compassionate.!

Sef has autism and knows his classmates didn't expect him to give a speech at graduation, so he has a very important message for them…do the unexpected.