When your mom and dad are two of the most successful country singers of all time, you’re bound to inherit an incredible set of pipes. And Gracie McGraw is no exception.

Tim McGraw and Faith Hill passed down quite a bit of their talent to their oldest daughter, 22-year-old Gracie, whose angelic voice impresses even her superstar father. In fact, McGraw pulled Gracie onstage at his concert in Nashville a few years ago for a father-daughter duet that the crowd adored. 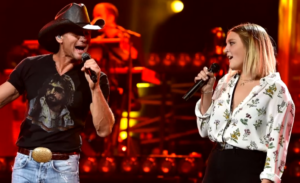 Recently, the two blew fans away yet again with another sweet collab… in the car! During a road trip together, the two sang Barbra Streisand and Barry Gibb’s “What Kind of Fool.” McGraw posted the footage to Instagram and Facebook with the caption, “PIPES!!!!!!……Dang, this girl can sing! Gracie and I having fun with Babs and Barry on our trip.” And he wasn’t kidding. 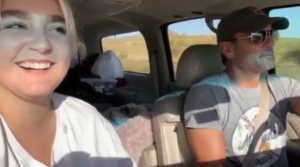 McGraw’s videos surpassed a million views pretty quickly, with thousands of fans gushing over Gracie’s beautiful voice. Celebrities including Rita Wilson, Cameron Duddy, and Karen Fairchild showered her with praise. But the best compliment came from her mom, who wrote, “My loves. @barbrastreisand would be proud.” 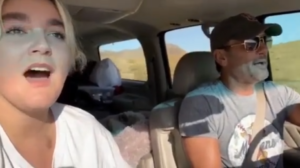 And, of course, nobody could have been more proud than her dad, whose face said everything as he listened in awe as his little girl sang. Someone is definitely following in her father’s footsteps, and he couldn’t be happier. 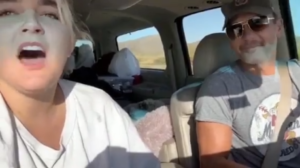 Famous parents or not, Gracie clearly has the voice to boost herself into stardom if she wants it. Either way, here’s hoping she keeps treating all of us with a song every now and then. She’s an absolute pleasure to listen to! Something tells us her mom is right — Babs would be very proud.

Check out Gracie’s singing voice for yourself in the clips below, and be sure to share her talent with the world!

PIPES!!!!!!……Dang, this girl can sing! Gracie and I having fun with Babs and Barry on our trip #chaseyourdreamsgirl