Teaching children about the world around them is an important aspect of parenting.

Kids don’t automatically understand things like race and class structures, so helping them understand that all people are equal and worthy of our respect is crucial to raising kind and compassionate little people. 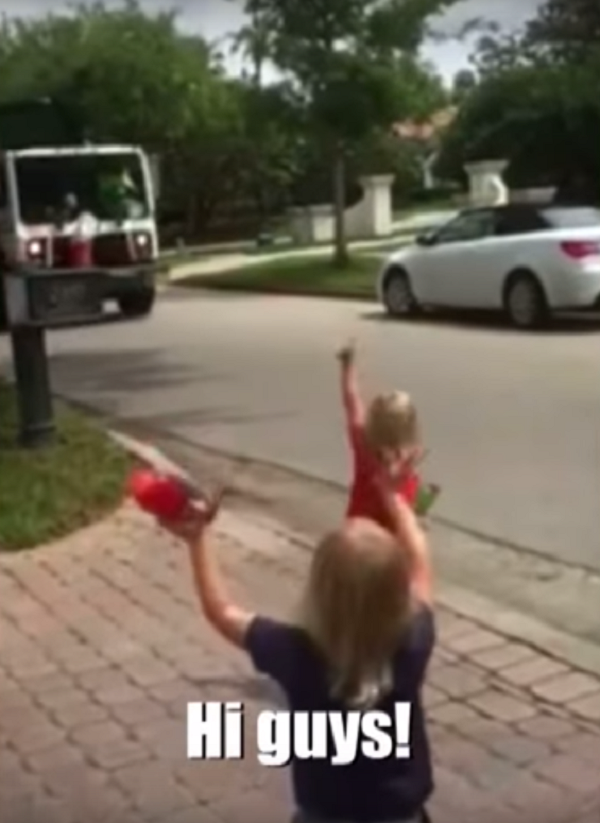 Orlando, Florida, anchorwoman and mother of six Martha Sugalski has always taught her three youngest children, triplets Heaton, Wilder, and Holder, to address others with kindness and dignity. When the kids were just 2 years old they put these social skills to good use when they discovered a very cool truck filled with nice people who came to their house twice a week.

On “garb day” in the Sugalski house, all three blond-headed toddlers wake up early in anticipation. They often prepare a day or so in advance for the arrival of city sanitation workmen Andrew Black, Rob Whitmore, and Chad Cover baking them cookies and stocking up on ice-cold Gatorade to hand out upon their arrival. 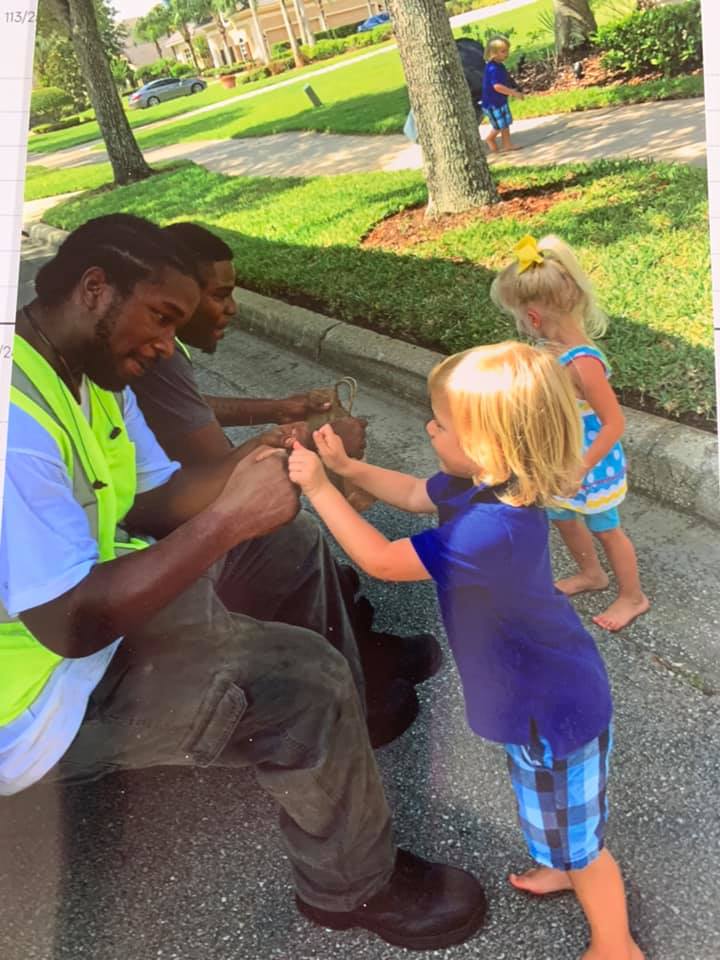 In return, the sanitation workers shower the kids with affection. Pulling up to the curb the kids excitedly call out to them, “Hey guys! I got some Gatorade for you!” The men honk the truck’s horn and jump out for fist-bumps and hugs. You can tell that seeing these little sweeties is the highlight of their route!

“The crew gets out of the truck and they high-five the babies and give fist-bumps and we talk,” Martha said. “They spend 10 to 15 minutes with us every Tuesday and Friday.” 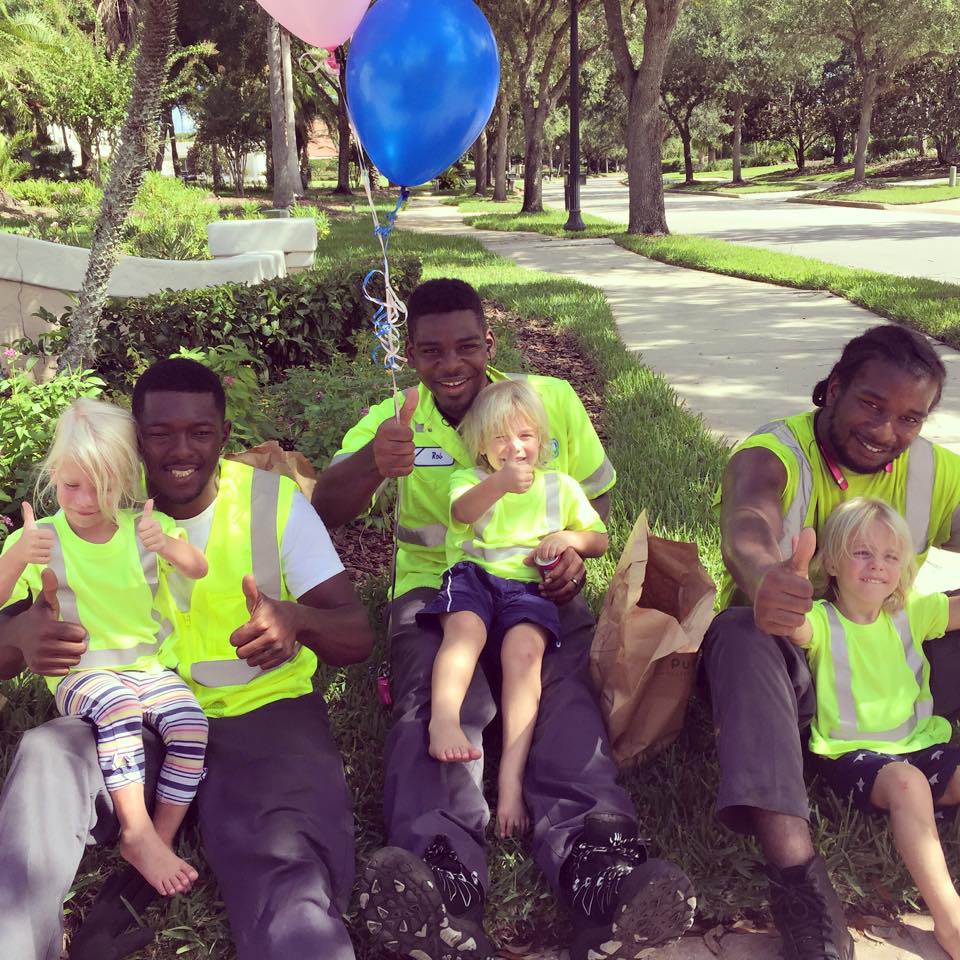 Martha often shares videos of her children on Facebook, stating that they are her way of sharing love and kindness with the world. The friendship started when the triplets were just 2 months old and Martha would take the kids out for a walk in the neighborhood so the children would wave to the trucks.

“After a couple months, the garbage truck would beep the horn and the babies would look at the truck, and then Andrew would wave and say ‘Hi babies!’ from the window,” she said. “Eventually, he’d stop the truck, get out, take off his gloves, and say hi to the babies.” 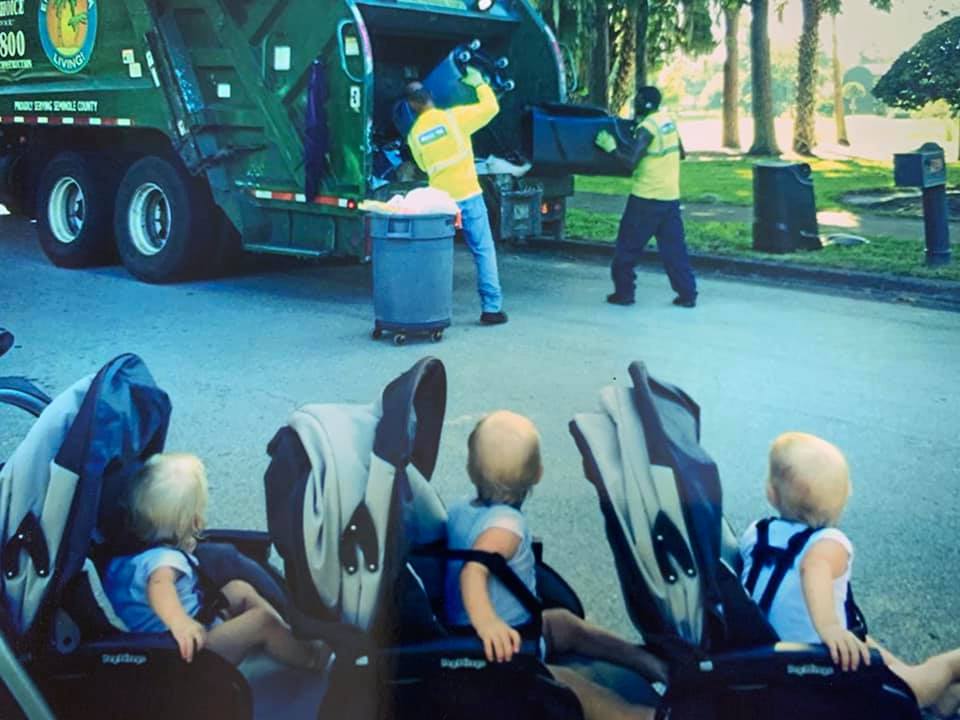 “We’ve been doing this for over two and a half years,” said Martha. “Over time, it’s just really become a caring, close friendship with these guys.” 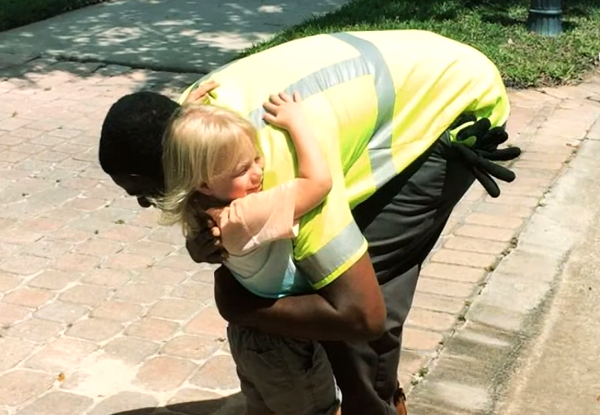 Sanitation worker Chad Cover says seeing the kids on his route is the highlight of his day. Even when he was out on medical leave he’d come by on “garb day” just to say hello to his little friends. “I just love the triplets. I almost feel like they’re my own,” said Chad. “Every time I see them, they just bring me joy.” 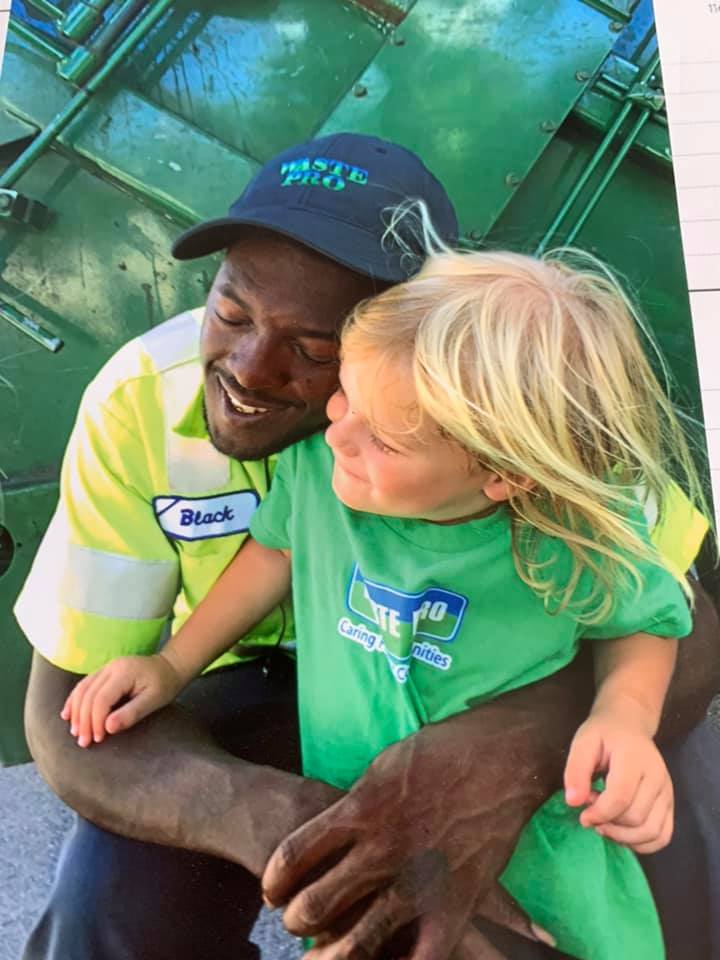 These kids are off to such a wonderful start in life! They are being raised to appreciate everyone who touches their lives, and there’s no doubt that sanitation workers play a crucial role in our society. It’s fantastic to see kids this young learning to respect everyone they meet.

Watch the video below to see the triplet’s adorable reaction when “garb day” happens, and don’t forget to share.