It’s so important for young people to have good role models growing up. Many are lucky enough to have two: their parents.

But not every family has two parents and that’s okay — single moms and dads prove every day that they’re more than capable of raising great human beings. Still, some kids spend their childhood wishing for the positive influence only certain people can provide. 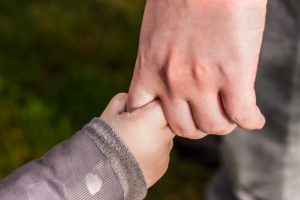 One young man recently appeared on Steve Harvey‘s talk show during a panel on manhood and fatherhood, explaining that he had no male role model in his life.

Daniel was raised by a single mom after his dad walked out on the family. He had an important question for Harvey: how can he become a man without a father? It was clear the question had been weighing on his mind for some time. 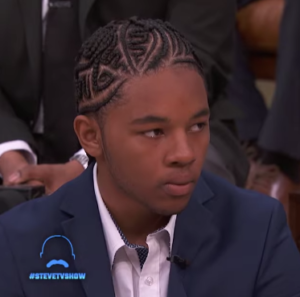 To this, Harvey had the perfect response. He encouraged single moms to find a male figure for their sons to look up to in whatever form because it’s crucial for boys and young men to have someone who relates to their unique struggles.

“All you need is somebody older,” he added. Then, addressing the other men in the room, he asked who lived in Los Angeles — the same place Daniel calls home. “Who’ll mentor him?” 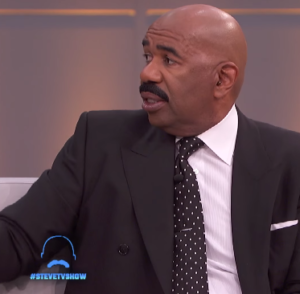 In a touching moment that brought tears to everyone’s eyes, several men raised their hands, silently committing to give Daniel the love and guidance he’s been craving from a man. 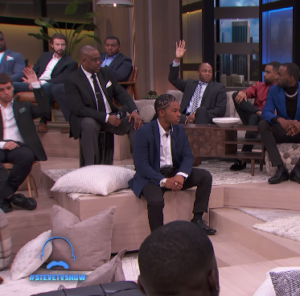 And, as Harvey pointed out, he didn’t ask who made the most money or who, if anyone, was famous. All that mattered was their willingness to mentor and help.

“We’re gonna put our arms around you and we’re gonna get you where you’re trying to go,” Harvey promised. “We’re gonna take care of you, man.” 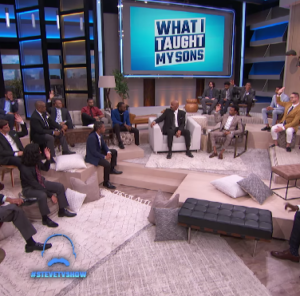 Daniel couldn’t have taken his question to a better person. He may have been missing a father figure in his life up to this moment, but he has plenty now! We’re sure when he’s older, he’ll pass the gift on to another young boy.

Watch as strangers step up for Daniel in the clip below. Share to celebrate all the men out there who serve as wonderful role models.

What I Taught My Sons: Becoming a Man Without a Father

During a panel about manhood and fatherhood, a young man asked Steve how he can learn to be an adult without a father. Several guys then showed him exactly what it means: they stepped up.