There’s nothing quite like the patriotic experience of seeing our men and women in uniform raising their voices as one in song.

If you don’t believe us, this powerful impromptu performance will certainly convince you. In the video below, a group of soldiers sits around a table, seemingly relaxing after a day of training or even combat. They join together for one of the most moving renditions of “Amazing Grace” and “God Bless America” you’ll ever witness. 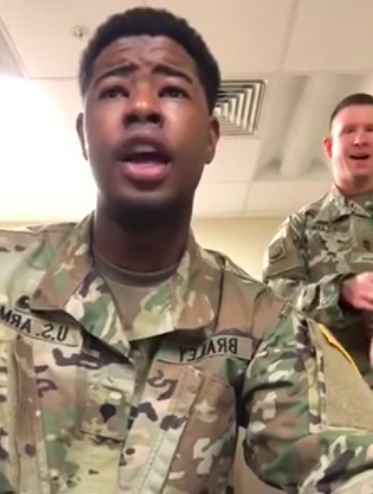 But as it turns out, these men and women are members of the U.S. Army 82nd Airborne Division’s All-American Chorus. Their talent is by no mean happenstance. 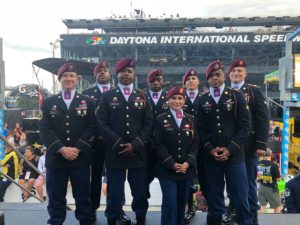 The chorus, made up of troopers from every unit within the division, was formed in the mid-1960s to sing at Sunday services, according to the group’s Facebook page. But that role has expanded over the years to include performances at special events and in front of high-ranking officials. 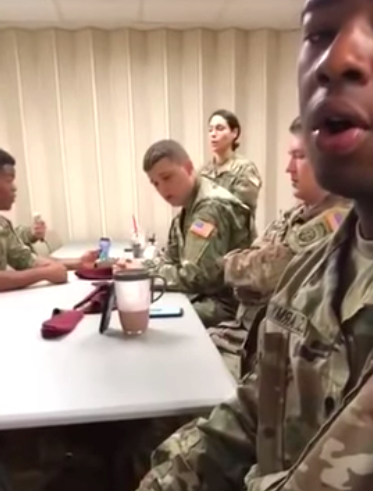 But the video that surfaced of a little practice session shows the performers in their element, just casually sitting around, collaborating, and showing love for their country. And viewers are raving about it, calling the clip “one of the most beautiful videos on Facebook.” 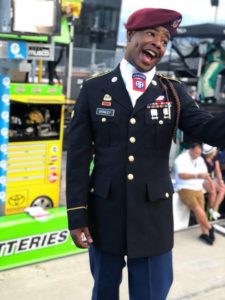 And a special shout out goes to the singer, songwriter, and soldier who’s leading the group, Christian Brailey of Fayetteville, North Carolina (look at those dimples!). His fellow soldiers must have known something like this would come eventually because he’s been wowing them with his amazing vocals since basic training!

But now that the video’s picked up a following on social media, thousands more soldiers and civilians are privy to his musical talent, and we’re definitely staying tuned for the next installment!

Until then, watch the video below and enjoy this incredible show of patriotism. Don’t forget to share to spread the love!