Stephanie Herfel of Madison, Wisconsin, adopted the adorable Siberian husky from her son in 2011, when the pup was just nine months old and he was preparing for an overseas deployment. Sierra seemed to have settled into her new home just fine, but two years later, she started acting strangely. 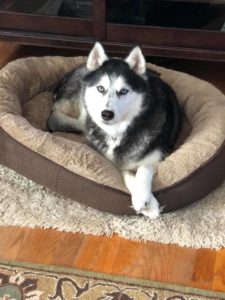 Right around that time, Stephanie started having abdominal pains and went in to have it checked out. Her doctor diagnosed a simple ovarian cyst and sent her home with some pain medication… but Sierra knew better. Her senses were on high alert and she knew it was something else, something more serious.

If only dogs could talk… 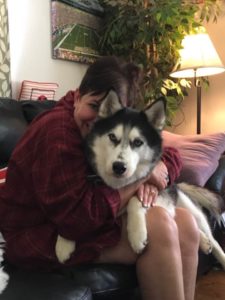 “She put her nose on my lower belly and sniffed so intently that I thought I spilled something on my clothes. She did it a second and then a third time. After the third time, Sierra went and hid” in the back of a closet, Stephanie said.

Sure enough, three weeks later, she received a serious diagnosis: stage 3C ovarian cancer. After undergoing a full hysterectomy, having her spleen removed and a stint of chemo, she went into remission. But not for long. 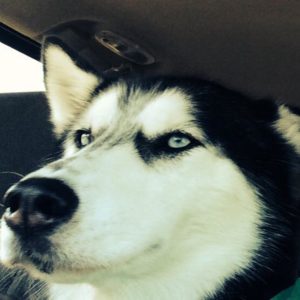 She’d had been right on target the first time, so Stephanie went to have herself checked out again. Could the cancer have returned? An initial scan did show a suspicious area, but she had to wait several months for a confirmation: The cancer had reappeared, the second time in her liver, then in her pelvic area. She wrote about the experience in a November 28 Facebook post, adding:

Her spirit does not just reflect with me; she smelled the location of a friends tumor as well. She is respectful of her role in our family and anyone who comes around. Yes…she is spoiled! 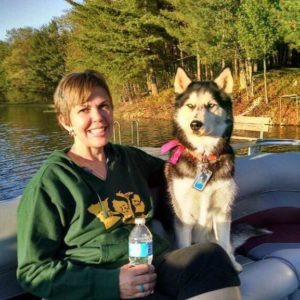 Thankfully, Stephanie is still in remission, but she’s now participating in a clinical trial that involves more chemo. In the meantime, she’s considering writing a book about her experience, largely to give Sierra the credit she deserves.

“I just feel like my story can let people think about their animals and think, ‘Wow, my animal did this when I got diagnosed,'” she said. 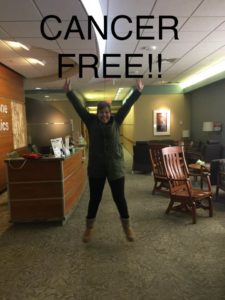 It’s a good thing Stephanie didn’t ignore Sierra’s odd behavior. Heeding her warnings, then having the strength and fortitude to fight back, allowed her to beat cancer not just once, not just twice, but three times!

Share to spread thanks to Sierra and all the other cancer-sniffing dogs out there, and congratulations to Stephanie for being cancer-free!