Hounds are renowned for their sense of smell, and in the case of an Amherst, New York, woman, her coonhound’s sniffer may have saved her life.

Lauren Gauthier, is such a big fan of hounds, that she founded her own rescue organization, Magic’s Mission Beagle & Hound Rescue. It was from that very group that she started fostering Victoria, a Treeing Walker Coonhound with only one eye. 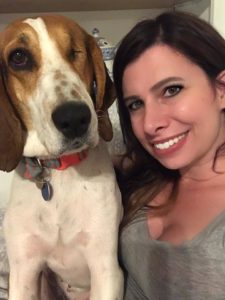 Late last year, Victoria took a particular interest in a small red bump on Lauren’s nose. She’d noticed it, but hadn’t paid much attention to it until Victoria tipped her off that it was worth getting checked out. 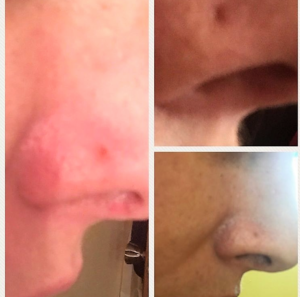 And when she did, she realized what Victoria had detected was basal cell carcinoma, a type of skin cancer.

It really is amazing that my dog was so persistent in sniffing the area that was skin cancer. The surgery itself has changed my face, and if my dog had not picked up on it, I may have ignored the spot, which could have risked further disfigurement. Hounds have a keen sense of smell, but I never thought that I would personally benefit from it! 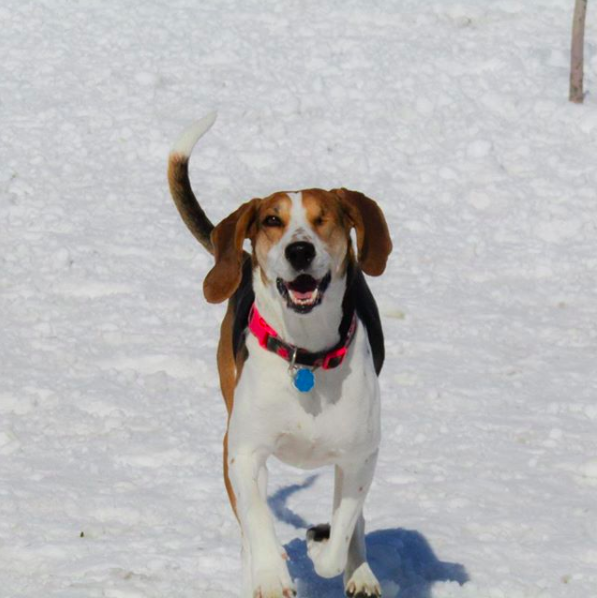 Fortunately, thanks to Victoria, the cancer was detected and removed early on, and hasn’t come back or spread to other areas. Meanwhile, Lauren believes the cancer is the result of years spent on tanning beds, and she’s using her recent scare as a way to spread the word among youth about the dangers they pose later in life.

The cost and the damage you do to your skin is way too high, and even though growing older seems a world away, once you are older, you will pay a price for tans and tanning beds. 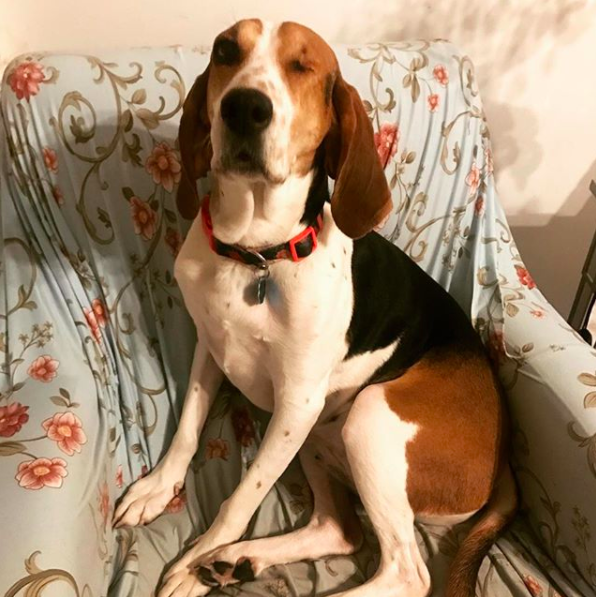 Dogs come to the rescue in countless ways, from warning about strangers lurking outside our houses to serving as an early warning system for seizures and cancer. Thanks to Victoria’s dogged determination, Lauren’s cancer was found in time, removed and her scar is quickly healing. 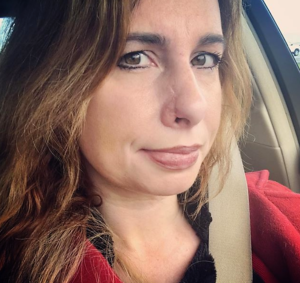 And Lauren could not be more grateful for her now adopted coonhound. As she told Love What Matters:

“She and I have always had a close bond and she senses when I’m upset or stressed; I had no idea she’d be able to detect that I had cancer lurking underneath my skin,” Gauthier told Love What Matters. “What is particularly rewarding is that I adopted her through the rescue that I founded, (Magic’s Mission Beagle & Hound Rescue, Inc.) and devote much of my life to saving hounds who have been abused or neglected. It seems Victoria and her keen skills are the way that the hounds decided to give back to me.” 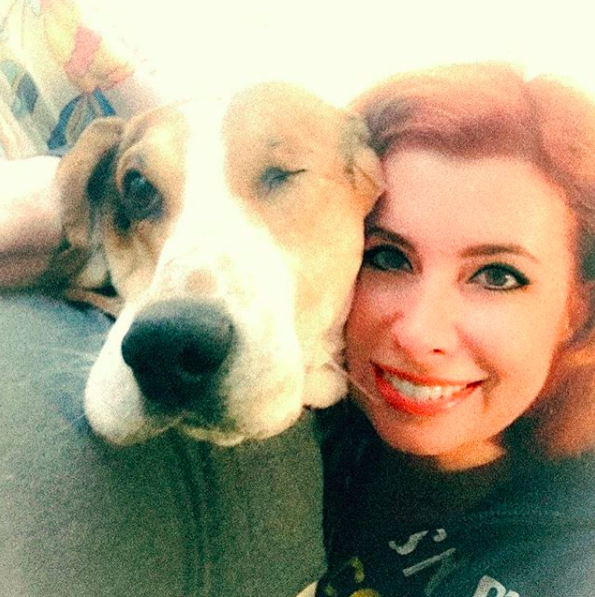 Watch the video below to hear more about this story, and share to raise awareness about the dangers of tanning beds.