Ask most airplane passengers if they’re enjoying their in-flight experience and you’ll probably get a mix of grumbles and moans. But it’s all worth it to get to your destination faster, right?

Savannah Phillips probably doesn’t feel quite that way, though, especially after a recent trip. While on a flight to Chicago, she found herself shedding tears silently in her seat because of the body-shaming words of the man next to her. But the heartbreaking story took a turn for the better after another friendly passenger did something so kind. 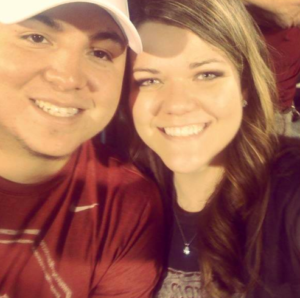 Because she knows how cruel people can be on planes when they’re next to someone they’ve deemed “too big,” Savannah often picks her seat on flights to avoid the headache. “I always try to sit in a row where I don’t have to sit next to anyone. I’m not the biggest person on the airplane, but I’m not the smallest. My worst nightmare is someone being uncomfortable because they have to sit next to me,” she wrote on Facebook. 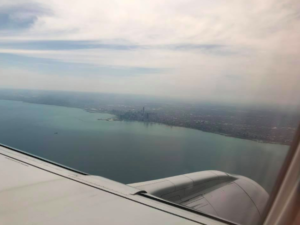 But because her flight to Chicago had been rescheduled due to bad weather, her seat was assigned at the gate. When she got on the plane, she realized that she was given a window seat next to a man who said that he was a comedian.

All seemed fine until the mean older man took out his phone, which had large, readable font and high brightness settings, and texted someone. Because it was hard to miss, Savannah noticed that he said he was sitting next to a “smelly fatty” on the flight. Her heart sank immediately.

“I don’t even know what the rest of his text said,” she continued. “I turned my head away as fast as I could. I was shocked and it was like confirmation of the negative things I think about myself on a daily basis.” At that point, she started crying silently with her face pointed away from the cruel man she thought she was about to be stuck with for hours. 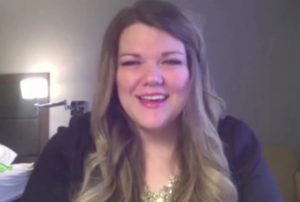 To make matters worse, the flight was delayed. Savannah curled into a ball and continued crying, but before takeoff, the most amazing thing happened. She heard a man seated behind her say, “We are switching seats. Now.” He was talking to the mean-spirited texter. 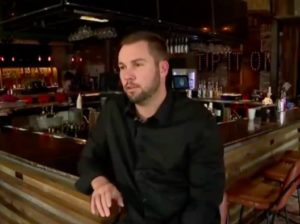 The do-gooder explained to both the bully and the flight attendant that he’d seen the other man sending cruel, hurtful text messages to the woman next to him and that they’d be switching seats. He rightfully called the older gentleman heartless. They made the switch and the nice man, whose name Savannah later learned was Chase Irwin, explained that what he’d seen the bully saying made him totally irate.

“I told him thank you for what he did and that it meant the world to me, and that he would be my husband’s new favorite person. The flight attendant kept trying to give him free drinks and told him that he was her hero. He wasn’t her hero – he was mine,” the beautiful mom of two explained. 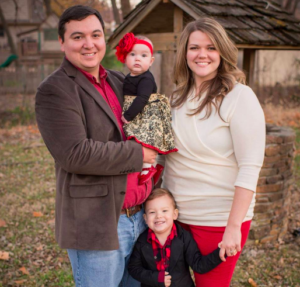 For the rest of the flight, the two of them chatted about their families and their lives back home. In an interview following the now-viral Facebook post, Savannah said, “I was so blessed and happy he was there. I hope it sets a good example for others for what they should do in situations like that and to stick up for people when they need help.”

Be sure to share this act of kindness with the people you love!