One of the most beautiful gifts we can give another person is unconditional love.

Baby Tripp was born into a world where people like him are treated differently. But love and affection are all the infant knows. Every member of his family sees him as the true miracle he is — particularly his big brothers, Jayce and Rayce. 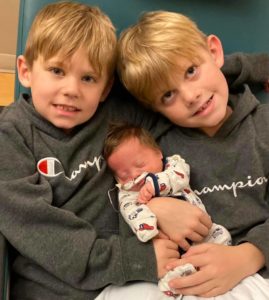 JJ Grieves and Nicole Powell of Arkansas learned their third son had Down syndrome while he was still in the womb. Doctors told the expecting parents their baby’s quality of life would suffer. They recommended terminating the pregnancy. Neither JJ or Nicole considered it for a second.

“He’s the same as the rest of us,” JJ said. “He just takes a little longer to learn, a little more caring, a little bit more loving, but isn’t that what the world needs?” 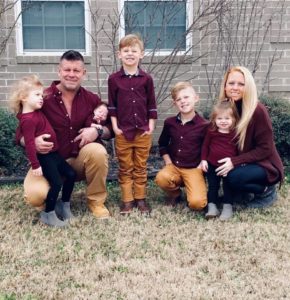 The couple’s other sons shared the sentiment when they heard about Tripp’s diagnosis. Both older boys proudly repeat (and wear) their family’s new favorite phrase: “Love doesn’t count chromosomes.” 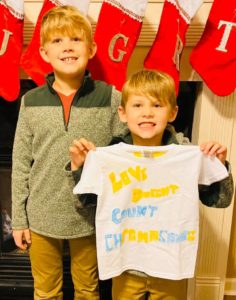 And they say it with their actions as well. Jayce drew his own Down syndrome ribbon honoring his baby brother, which his parents turned into stickers for his bike. They read, “Ride for Tripp.” 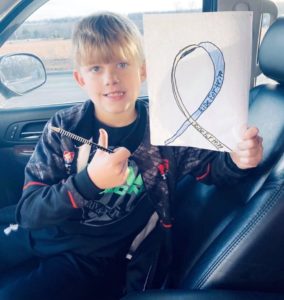 As for Rayce, he sings it! Back in December, Nicole shared a video online of the sweet boy cradling Tripp and softly singing, “10,000 Hours” by Dan + Shay and Justin Bieber. Their precious interaction went viral, causing more than a few viewers to wipe away happy tears.

“This is how Rayce bonds with Tripp. He sings to him all the time. He swears this song is about him and his brother,” Nicole wrote. 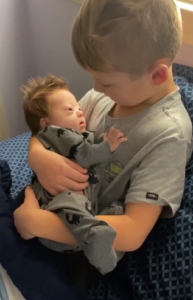 As Rayce gazes at his brother and sings along to the lyrics, it’s obvious he means every single word: 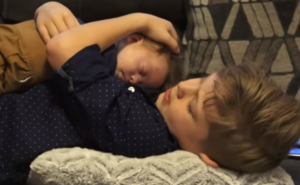 Life won’t be easy for Tripp, but with big brothers as caring and protective as his, it will certainly be filled with love and joy. They’re both such wonderful role models in their own special ways.