No matter how big or important you may be, never forget the “little people.”

Professional tennis player Rafael “Rafa” Nadal took this sentiment to heart while competing in the U.S. Open in New York City. The Spanish superstar was acknowledging the crowd when he spotted someone in need. 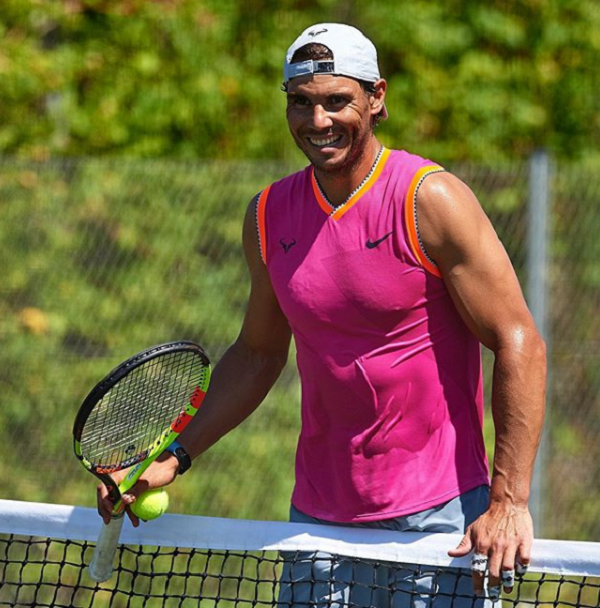 Rafa may currently be ranked No. 2 in men’s singles by the Association of Tennis Professionals, but his success didn’t keep him from heading to the sidelines to reach a child being crushed by the crowd.

The little boy was standing in a section reserved for children, but the excitement of the match had the bigger kids pushing and shoving to get a better view. As the cameras roll, Rafa can be seen bending over and plucking the sobbing boy out of the jostling group, setting him gently on his feet on the other side. 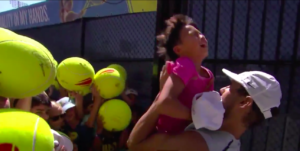 Rafa gently pats his head, comforting the little boy until he can collect himself, at which point Rafa removes the child’s hat and adds his autograph to the collection.

U.S. Open commentators are clearly moved by Rafa’s sweet gesture. One reporter even exclaims, “You’re gonna make me cry on the air!” 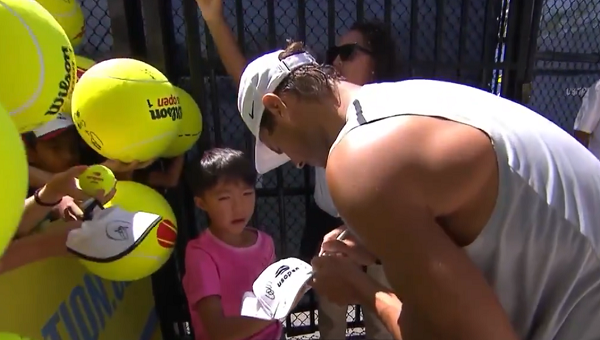 This isn’t the first time photographers have captured Rafa being awesome to his youngest fans. During the ATP Tour in Montreal, Canada, the tennis star was seen chatting with an enamored ball girl as he strode into the stadium before his match. He’s clearly got a soft spot for kids, which makes him all the more likable! 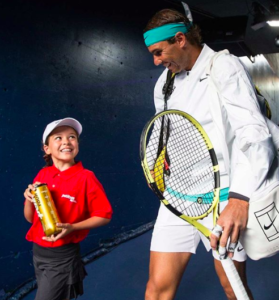 Rafa’s actions serve as a great reminder to be on the lookout for the “little people” in our lives. We don’t just mean children who are small in stature — we mean anyone who might be overlooked, ignored, or figuratively crushed by the crowd. Sometimes the smallest gesture can change someone’s life!

Watch the moving encounter in the video, and be sure to share this story to wish Rafa the best of luck as he moves to his 8th U.S. Open semifinal.