Earlier this year, we brought you a hilarious story about a mom who texted her son asking if his dog was okay; she’d just seen a photo on Facebook of a stray that animal control had picked up, and she was asking because the stray bore a striking resemblance to their beloved Duey.

The thing was, though, he didn’t. Not by a long shot. It was a completely different dog and they looked nothing alike. But at least they were the same species. In yet another hilarious case of mistaken identity, a Kansas grandmother with a penchant for taking in strays was pretty confused when she discovered the true identity of one of her newfound pets. 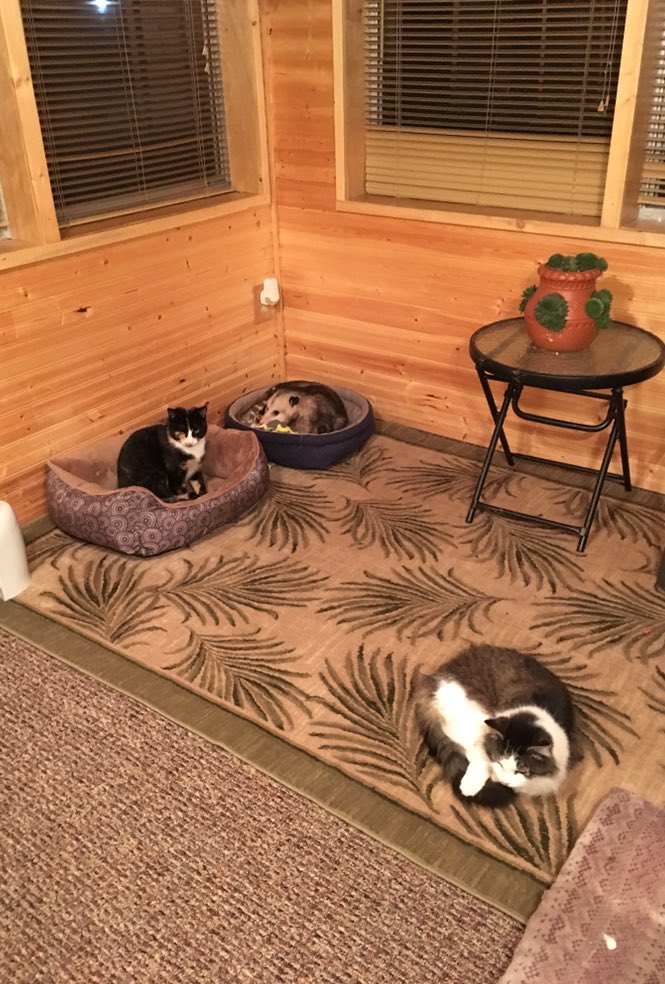 A couple months ago, Eric Hertlein’s grandmother took in what she believed were three stray cats, providing them with food, water, and a cozy little shelter — complete with cat beds, three of them – on her enclosed porch.

But when Eric decided to stop by for a visit, he came across something else entirely.

Let’s zoom in on the “cat” in question, shall we? 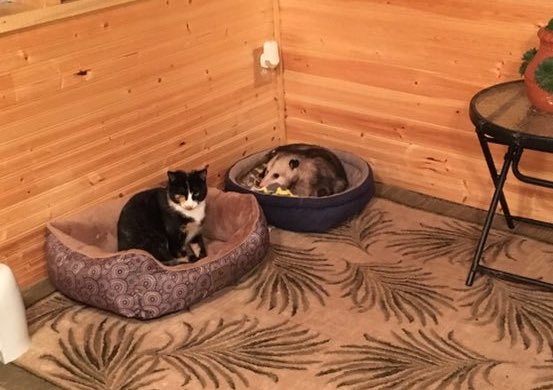 Apparently, when Eric tried to tell his grandmother that the cat wasn’t that at all, and was actually an opossum, she just looked at him confused. In fact, she’d even named him Tete! 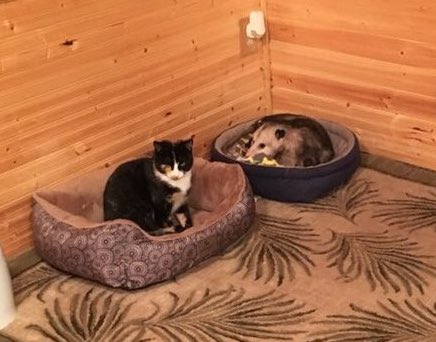 From what Eric can gather, Tete had probably been orphaned as a baby and took up with the cats early on.

Incredibly, even when the opossum’s true identity was revealed, it didn’t make any difference to Grandma. The cats seemed to accept him as a part of their little colony, so why should she be any different?

“She loves animals and taking care of them whenever she can,” Eric says. “It kind of just motivates you to do better and treat other beings better too.”

Share to inspire others to treat all living creatures with this same kind of unconditional love!