Most children learn about the well-known aviation pioneer, Amelia Earhart, in school. But many probably wouldn’t be able to tell you who Bessie Coleman is.

Despite being told in the 20th century that she’d never fly a plane, Bessie went on to become the first woman of African-American and Native American descent to earn her pilot’s license. That’s why eight-year-old Noa Lewis from Georgia looks up to her so much. 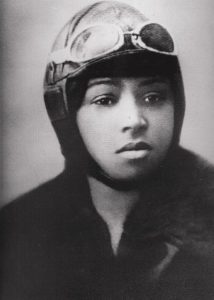 It’s also the reason why the little girl was upset about her second-grade class project in February. Noa and her classmates were tasked with dressing up as a historical figure and giving a presentation on the person’s life and achievements. She was assigned Amelia Earhart, but wanted Bessie Coleman instead. She was told she couldn’t. 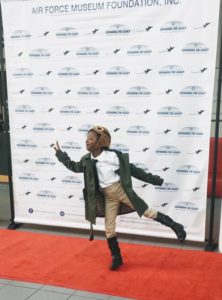 Like her idol, Noa refused to take no for an answer. And eventually, with her mom Moniqua’s help, she convinced her teacher to change her assignment. Then, after coming up short on finding easily understandable research material, Moniqua contacted a few different museums for more information on the aviator. They didn’t disappoint. 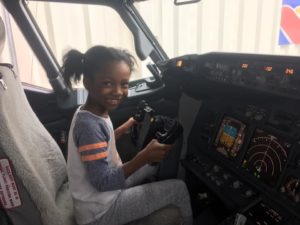 The little girl worked very hard on her project and it showed. Noa looked adorable dressed up as “Queen Bess.” She even printed out a pilot’s license and learned some French words, detailing how Bessie moved to France to obtain her license.

Moniqua was so proud of her daughter’s project she sent it to the National Aviation Hall of Fame. They were equally impressed — so much so that they offered to fly Noa’s family out to Ohio to meet Bessie’s great niece, Gigi Coleman! 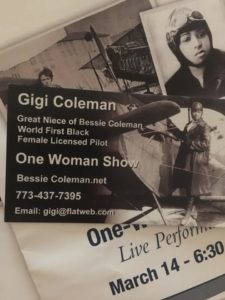 It was a dream come true for the girl, who brought along a drawing she’d made of her favorite pilot. She had a blast checking out all of the museum displays, but the best part was chatting it up with Gigi. Now she’s as confident as ever that she can become whoever she wants when she grows up. 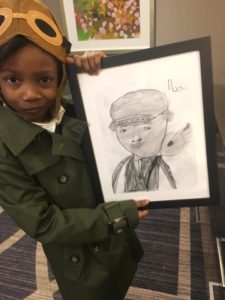 “If every kid could just do a school assignment on someone they admire, it could change their life,” Moniqua said. “Learning and doing research on Bessie, she had no idea about flying, no foreign language skills, but she was so determined to do it. And hearing Gigi talk about [how Bessie] was supposed to be held down by so many people, and she still pushed through it…It showed her that you can do anything.” 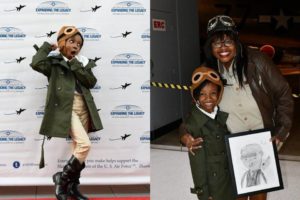 In June, Noa will travel to New York to give her presentation at the National Women’s Hall of Fame. After that, the sky’s the limit for this smart girl.

Share this story to encourage others to dream big.