John R. Watret has flown more than 2 million miles on Delta Airlines, but what he saw in the cockpit of a recent flight from Los Angeles to Atlanta left him awestruck.

John is a chancellor of the Embry-Riddle Aeronautical University in Florida, and he’s also a licensed pilot. His trip to Atlanta was the last leg in a long journey to the Embry-Riddle Asia campus in Singapore, and as he sat in his seat he overheard a conversation between a mother and her two children that piqued his interest immediately. 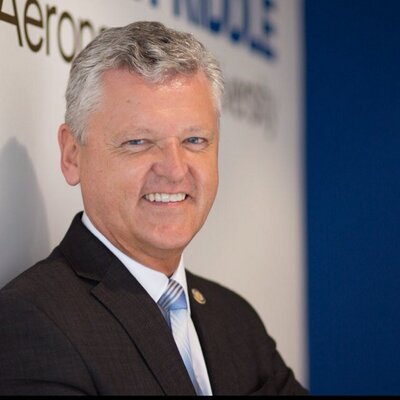 John’s fellow passenger had asked if her kids could visit the cockpit to meet the flight crew, and when they returned to their seat they were gushing about the mother-daughter flight team at the helm of the aircraft.

“I thought that was amazing. I was in awe,” said John, whose company is committed to creating more opportunities for women in the aviation industry. “I asked if I could visit them, too.”

John was delighted to meet Captain Wendy Rexon and her first-officer daughter, Kelly Rexon. After chatting with the two pilots John learned that aviation is truly a family affair for the Rexons. Wendy’s husband is a pilot for American Airlines and her other daughter, Kelly’s sister, is also a pilot. 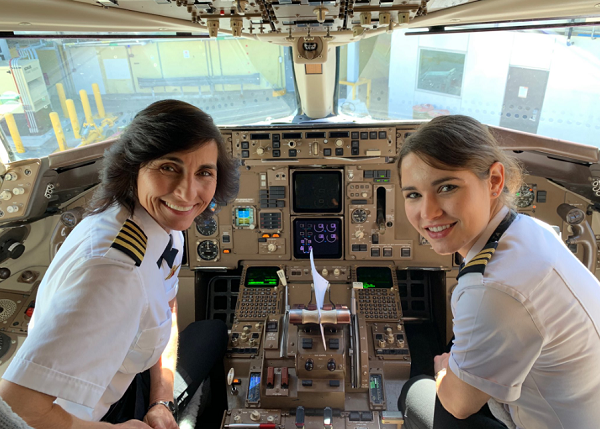 “The first officer had a great role model for becoming a pilot – her mother,” John said. “It’s good for aviation and inspiring for all of us.”

John was so inspired by seeing the Rexons in action that he snapped a photo of the dynamic duo, and the second he landed he sent out a tweet. “Just flew from LAX to ATL on Delta piloted by this mother-daughter flight crew,” John wrote. “Great Flight. Inspiring for young women.”

Twitter thought that the Rexons were inspiring, too. Before he knew it, John’s simple post had been shared and retweeted thousands of times and local news stations were blowing up his phone. John was overwhelmed by the response, but also thrilled to shed some light on what he says is a critical issue in modern aviation. 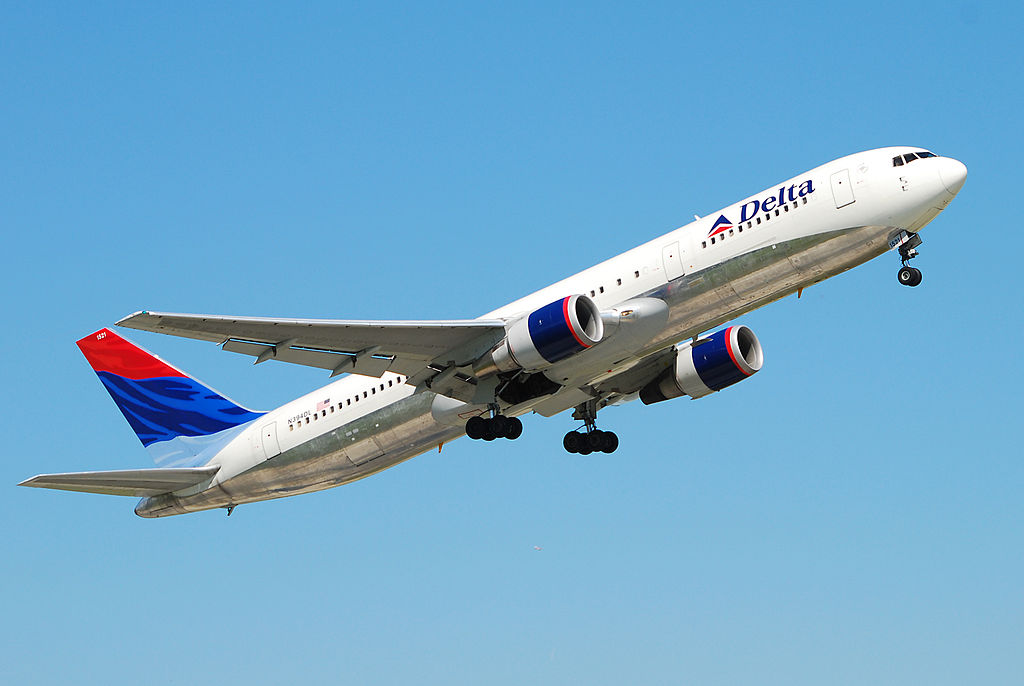 “I don’t tweet a lot. On Sunday morning, my phone was blowing up,” John said. “There has to be more diversification in the industry,” he added. “It’s crucial and one of the key factors we focus on. When there are more opportunities, everyone wins.”

According to Federal Aviation Administration data from 2018, only 7 percent of the nation’s pilots are women. John hopes that sharing his photo of Wendy and Kelly might help boost those numbers and even the professional playing field for women.

Talk about an accomplished family! John’s tweet continues to grow in popularity and more and more people are calling this “family goals!” We hope John’s goal of encouraging more women to become aviators works so that we can see more incredible stories like this one.

Please share this story to spread the message of equality even further.