Frank Walsh, a 94-year-old WWII Army veteran, confessed his modest dream borne out of the 40 years he spent teaching in Oregon’s public schools: He wanted to play in a school band. But he had no musical background and had to use a walker to stay steady on his feet, so that dream seemed unlikely. 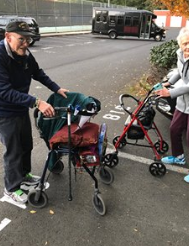 But the perfect opportunity was right around the corner. Chad Davies, who serves as band instructor at Wilsonville High School just outside Portland, heard about his dream from the administrator at Franks’s assisted living center and realized he could make this dream come true.

But first he decided to ask his students, who loved the idea. They decided the big football game with Wilson High School set for October 19 was the perfect opportunity. And with a little time, practice, and the right instrument, Frank could easily be accommodated. 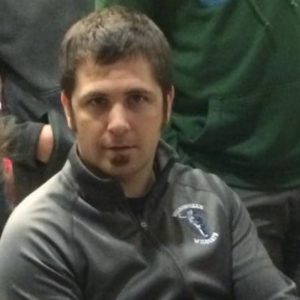 They decided on the cymbals. But the first set Frank received turned out to be too heavy, disappointed he thought his dream was over. But Chad had an idea. He took some smaller ones off of a drum set and they were perfect.

Then Frank got to practicing. Inside his room at Marquis Wilsonville Assisted Living, Frank watched YouTube tutorials to learn how to follow the beat, when to clash the cymbals and how to deaden the sound. His pursuit of his dream even helped inspire the residents around him to take a chance on their own.

And he started to get excited.

Those kids in the band are the greatest. I can’t wait for Friday night.

On the night of the big game, Frank took a van from the assisted living center to pick up his girlfriend, 87-year-old Rosemary Acker. Soon, the two were seated side by side, with the rest of the marching band in the stands behind them. 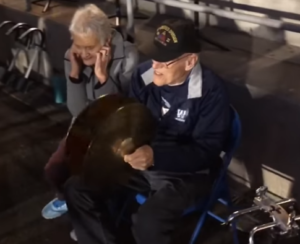 “All he has to do on the fight song is play on every beat,” 16-year-old Stephen Jennings, the band’s lead snare drummer, told his bandmates. “Let’s keep an eye on him. Give him cues. Tonight, he’s one of us.”

Frank played the school’s fight song and several others during the game, which Wilsonville won 57-20! Could this elderly veteran on the cymbals have been the team’s good luck charm? Maybe so, because several days later, Chad told him know that those cymbals were his to keep!

“Really proud of our Wilsonville students,” he wrote in a Facebook post about a week later. “Thanks for joining us Frank. You are always welcome!”

Three cheers to Chad and the band for helping to make this sweet man’s humble dream come true. Watch his triumphant moment below and remember to share to spread more smiles.