We have no way of predicting when an everyday activity will turn into a life or death situation. That’s why Nate Howard insists it’s always better to be prepared.

The tattoo artist from Maine firmly believes that everyone should get first-aid training, particularly when it comes to performing CPR. After all, that’s what allowed him to save a stranger’s life this June. 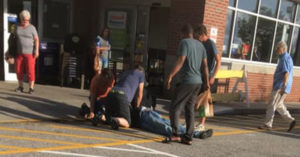 Nate and his wife were picking up dinner from the store when they noticed a man lying on the street. “Another guy was next to him checking his pulse and said he couldn’t find it,” Nate wrote in a Facebook post.

Springing into action, they worked together to move the stranger out of harm’s way. Then they began chest compressions, continuing for five long minutes until first responders arrived. Paramedics had to use a defibrillator on the unconscious man several times before he stabilized, after which they rushed him to the hospital.

One of the police officers found Nate and told him the man had suffered a massive heart attack. Nate said, “He then shook my hand and congratulated us for saving this complete stranger, and said had we not been there and acted as fast as we had, that he would have absolutely not made it.” 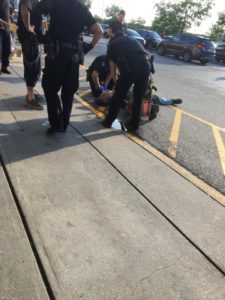 The next day, Nate visited Stephen, the stranger whose life he helped save, in the hospital after Stephen’s family contacted him. When he arrived, he learned that Stephen is a “super awesome and incredibly funny” person who plays Santa Claus for children in Poland each year for Christmas.

He also discovered that Stephen had a life-threatening condition called ventricular fibrillation. As a result, his heart stopped beating three times in the hospital. If it hadn’t been for Nate’s training, the doctors said Stephen probably would have died. 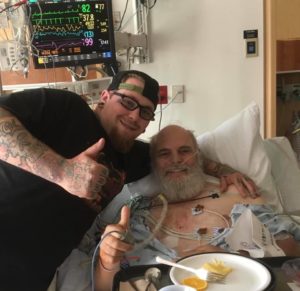 Since then, Nate has shared his story online to inspire others to take a CPR class.

“You never know what kind of situation might unfold at any moment,” he said. “Simply knowing what to do might be the difference between someone going home to their family or not.” 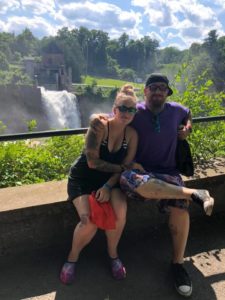 Thanks to the efforts of a few kind strangers, Stephen got a second chance at life. Great work, Nate and everyone else involved!

Share this story to encourage your friends to learn more about first-aid training.