Mr. Kuroki wasn’t sure if he’d ever be able to pull his wife out of the depths of despair when she lost her sight. But for the love of his life and the mother of his two children, he knew he had to try.

The couple had big plans for their retirement after 30 years of marriage and working on their dairy farm in Shintomi, Japan. They were excited to travel around the country. But everything changed for Mrs. Kuroki when at 52, complications from diabetes left her blind — and stole her smile. 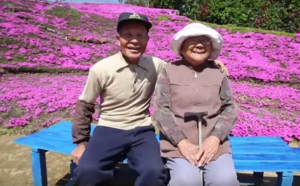 Gone were their travel plans. And as Mrs. Kuroki grew more depressed, she retreated further and further into herself. Mr. Kuroki was desperate in his quest to cheer her up.

Then, an idea popped into his head. He’d noticed passersby admiring his small garden of shibazakura flowers, also known as moss phlox. Maybe if he planted more, it would attract more visitors who could pull his wife out of her shell. And even if Mrs. Kuroki couldn’t see the beauty of the pink blooms, she could certainly enjoy their scent. 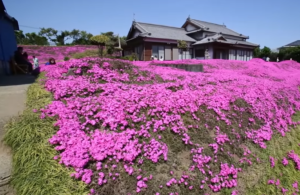 So, for the next two years, Mr. Kuroki planted thousands of the flowers around their home. Little did he know that a decade later, his labor of love would be transformed into an insanely popular tourist attraction. 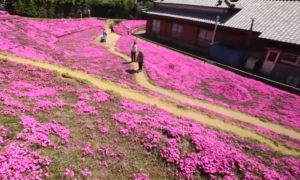 Now people don’t just flock to Japan every year for its cherry blossoms, but to surround themselves with the product of the Kurokis’ love. Every spring, up to 7,000 people visit the flower garden each day. 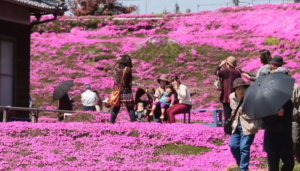 As for Mrs. Kuroki? She can often be found walking among the flowers with her husband, smiling. 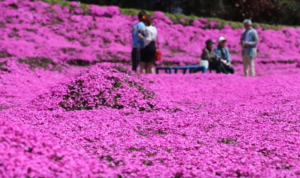 Now this is a man who adores his wife! But Mr. Kuroki’s garden is more than a gift to Mrs. Kuroki. It’s a gift to the world, really — as is their story of love.

Check out more of their gorgeous fields of pink in the video below, and share as a reminder of what love can do!

When Jessica Adams spotted a tiny pink blob on the sidewalk as she took her son to preschool, she wasn't sure what it was at first glance. Closer inspection revealed...

Jake Larson of Martinez, California, lost his beloved wife of over 50 years back in 1991. The World War II veteran, whom his family knows as "Papa Jake," is now...