When you’re planning a wedding, you really do try to think of everything — and everyone.

Sahrah Elswick is a 20-year-old stay-at-home mom in West Virginia who recently married her long-term boyfriend Zach. Their wedding was an informal backyard affair, and like most brides, Sahrah went out of her way to ensure her guest’s comfort. As she perused her guest list, Sahrah knew there was one person who would be sorely missed. 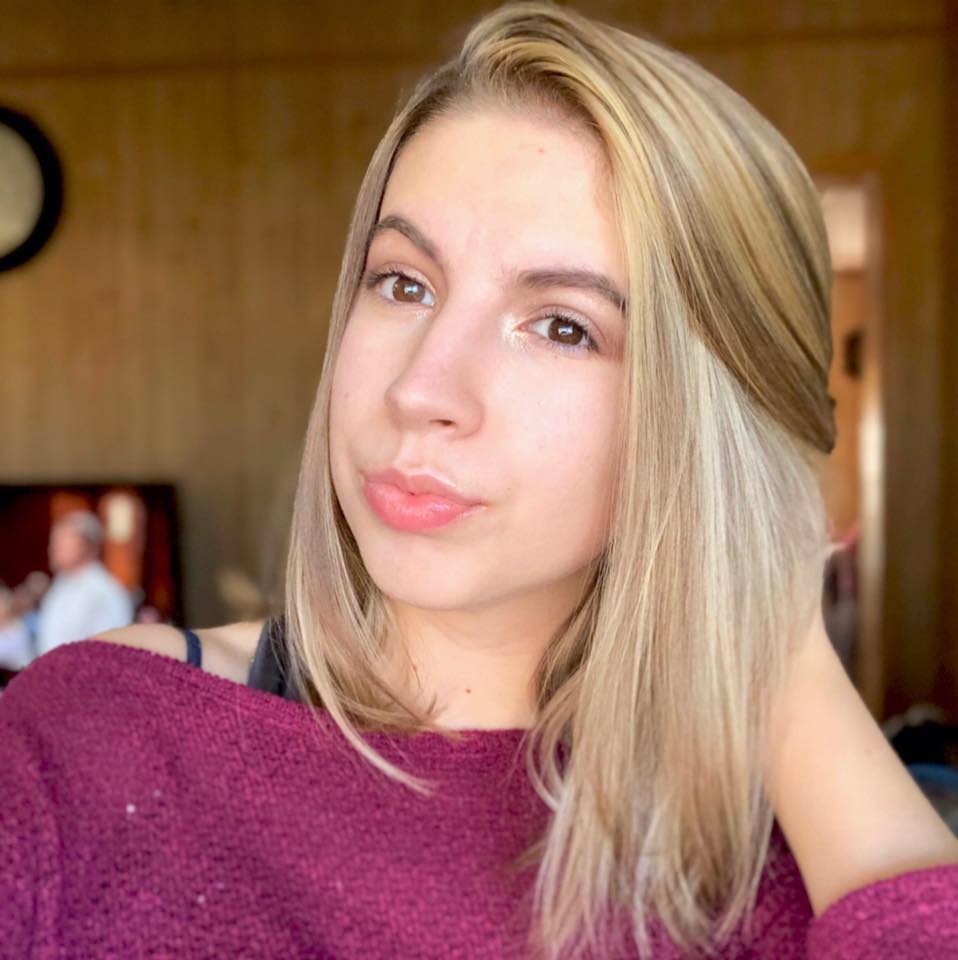 Two years ago Sahrah lost her grandmother, Barbara, who passed away from colon cancer at age 64. “It was very unexpected,” explained Sahrah. “She was the kindest and sweetest soul I have ever known — she was so proud to be a mom and grandma.”

Everyone in Sahrah’s family misses Barbara, so the bride decided to make a small memorial for her late “mawmaw” at the reception. Using a few cherished photographs and other mementos, Sahrah created a memorial chair to signify that Barbara was still a beloved guest on her big day. 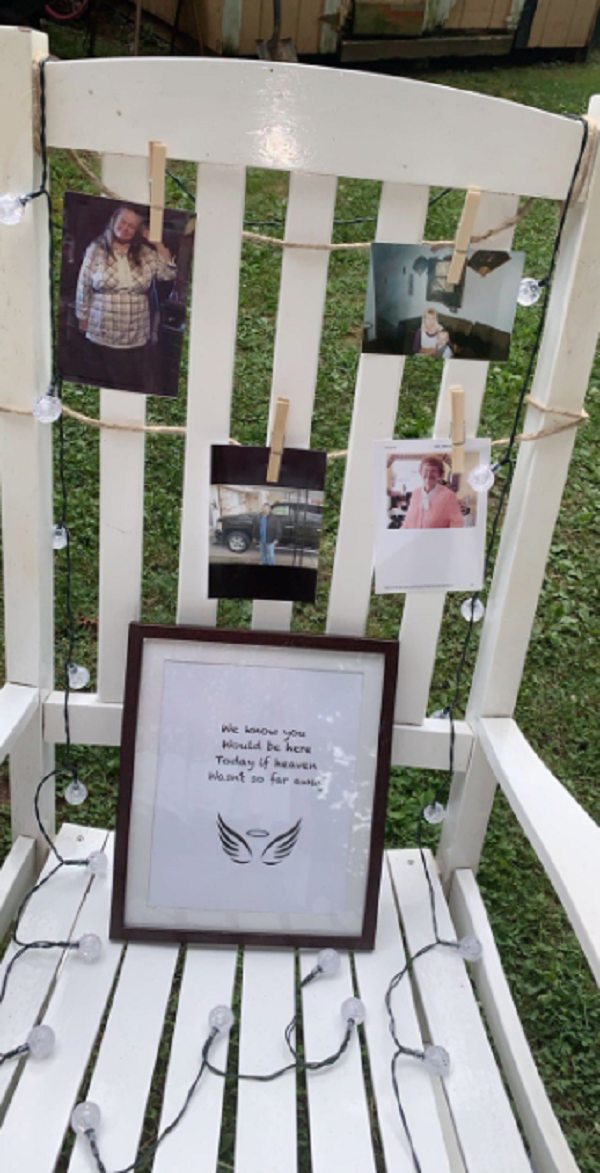 “We know you would be here today if heaven wasn’t so far away,” said the sign on Barbara’s chair. The wedding went off without a hitch, and later Sahrah and her guests were enjoying the reception when a friend approached her. Pointing towards Barbara’s memorial chair, Sahrah was instantly moved to tears when she saw her 71 -year-old grandfather, Billy Gray, sitting by the chair.

Billy had taken his plate of food over to the memorial and sat down on a hay bale to eat with his wife. “I immediately burst into tears,” Sahrah said. “It just blew me away.” 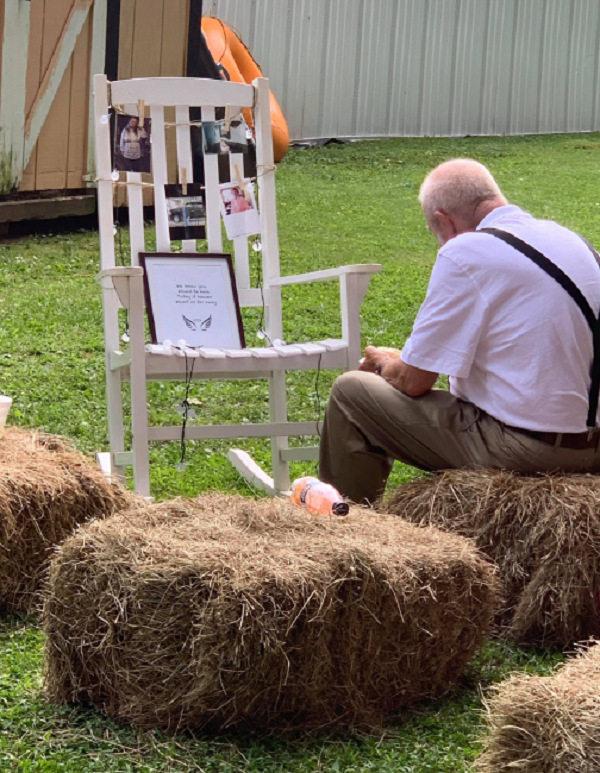 “I wanted to sit with her,” Billy said when Sahrah asked about his choice of seats. Sahrah says her grandparents had always shown her what true love and devotion really look like, and this small act was no different. They’d been married for 45 years and truly modeled a healthy relationship for her family.

“They were the textbook definition of pure, unconditional love,” said Sahrah. “They always stuck together and they were so happy — always joking around and making each other laugh.”

Sahrah was so moved that she uploaded the image to her Twitter page with the caption, “Pawpaw sat and ate with mawmaw today at my wedding.” Within days, the photo had been shared thousands of times and had over 500 comments. The raw emotion captured by this simple picture really struck a nerve with all who saw it. 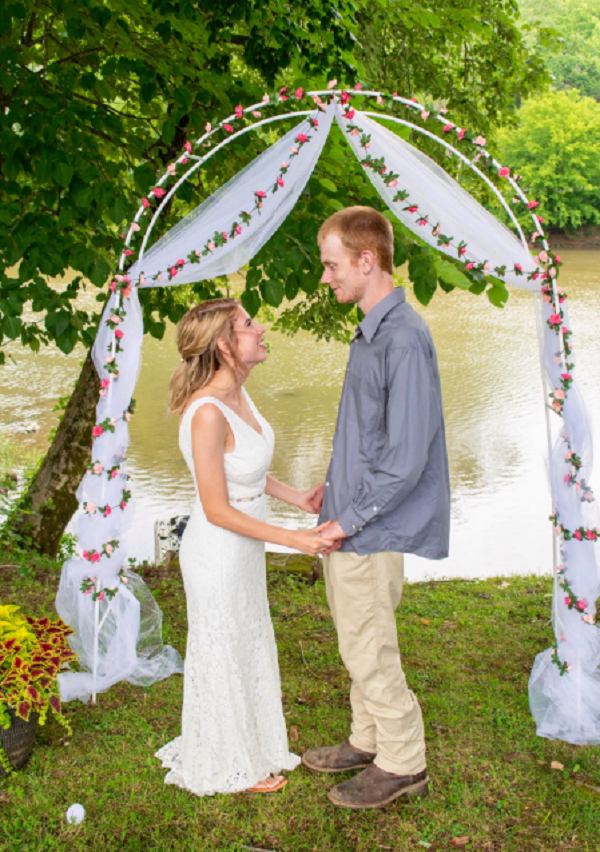 While Sahrah says her grandfather “doesn’t completely understand the internet,” he does know that the picture was popular. For many of us, this photo is further proof that true love never dies. We hope that Billy takes some solace in the fact that his devotion has touched the hearts of thousands of people online.