With the holidays approaching, now’s a great time to add a homeless animal to your family.

According to the ASPCA, every year approximately 7.6 million companion animals are brought into animal shelters in the United States. Sadly, about 2.7 million of those pets are euthanized before they ever get a chance to be re-homed. In an effort to reduce those rates, TBS teamed up with the Town of Hempstead Animal Shelter in Wantagh, New York, to shed some much-needed light on a few of the incredible animals that are up for adoption right now. 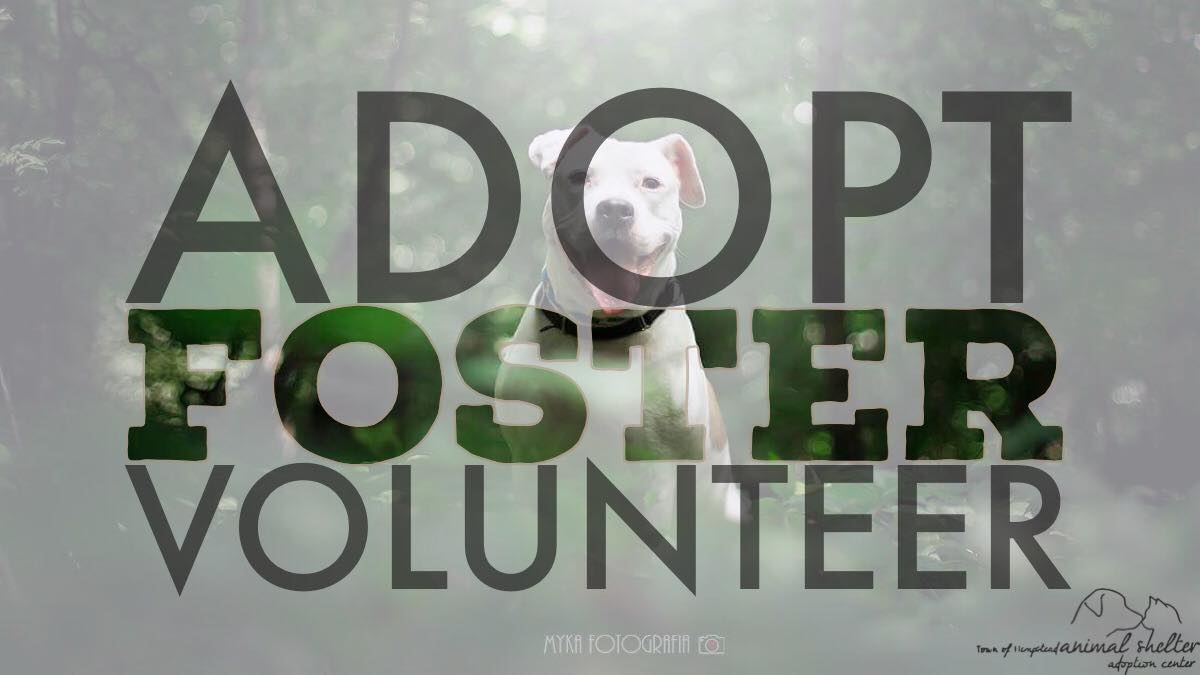 Hoping to increase animal adoptions during the typically slow period leading up to Christmas, TBS enlisted the help of internet video producer Rob Bliss, the man who taught us how to “hack Amazon” to deliver care packages to homeless people on the street. Rob then tapped magician John Stessel to put on a magic show for shelter dogs that’s sure to leave you with a warm, fuzzy feeling. 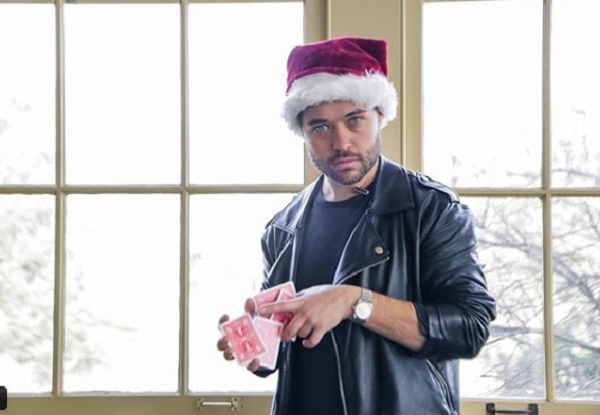 The video is simple but incredibly heartwarming. It features John, all decked out in a Santa hat, offering treats to adoptable dogs. The only problem is that John is a magician, after all, so he can’t help but do a little magic and make all of those delectable treats disappear right at the moment when the dogs’ mouths are watering! 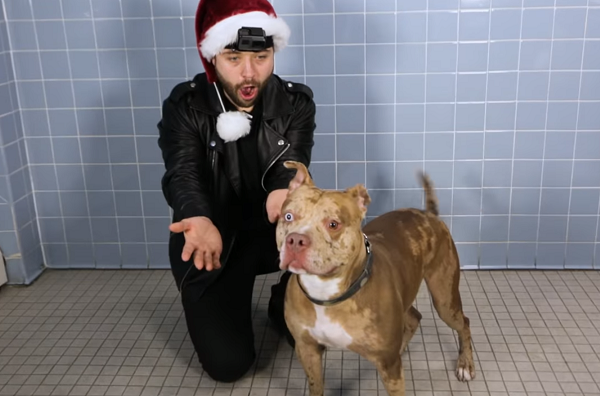 Just look at poor Ruckus’ face when that treat disappears. He doesn’t know where to look for it, but he’s determined to get to the bottom of the case!

Then there’s sweet little Luna, a puppy who decides that if she can’t have the treat, she’s going to take his hat instead. 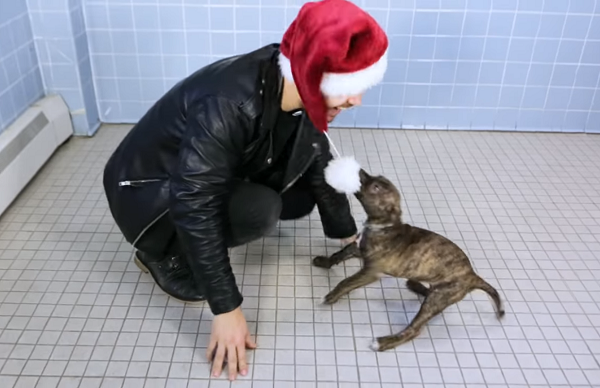 Teragon doesn’t get angry when John makes his treat disappear; he simply does what comes naturally and rolls over on his back. You can almost see him thinking, “Maybe if I show him my belly he’ll change his mind and give me the treat?” 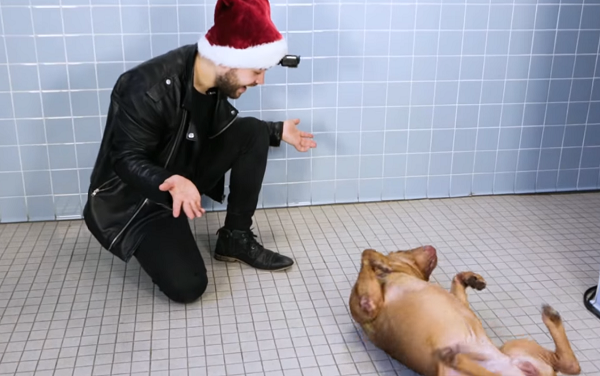 Then there’s Bebe, an older lady who has been there, done that. After John has her pick a hand and both hands turn out to be empty, Bebe just sighs and walks away. Nothing surprises this old gal anymore! 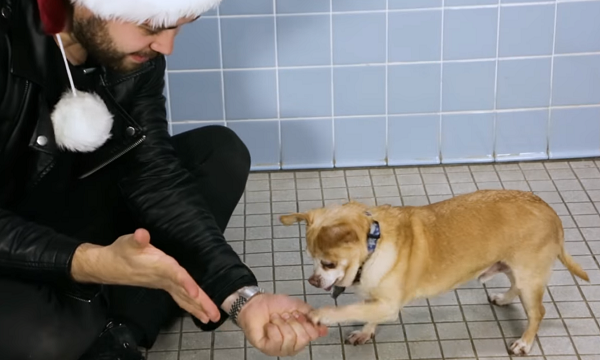 Never fear, though. At the end of the clip, all of the good boys and girls get treats, hugs, and kisses galore. John seems to be genuinely enjoying all this canine love, and who could blame him? 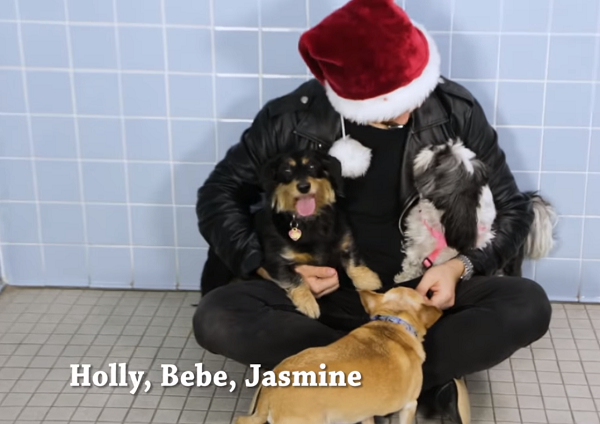 All of these dogs are available at the shelter right now, and if you go to your own local shelter you’re sure to find a new best friend of your own. Let’s extend the joy of the holiday season to all creatures this year!

Watch John the magician pulling a fast one on the shelter dogs below, and don’t forget to spread this important message by sharing.