When Tim Newton woke up one morning in September, he heard strange noises out on his porch.

When he located the source of the sounds, he was shocked. They looked like little cats, but upon further investigation, Tim was baffled — it was momma lynx and her gaggle of seven kits. She certainly had her hands full! The Alaskan photographer knew just what to do, though, and quickly grabbed his camera. The resulting photos are truly incredible to see.

The first few images he captured were of the mom calling her babies up to the porch — the coast was clear! 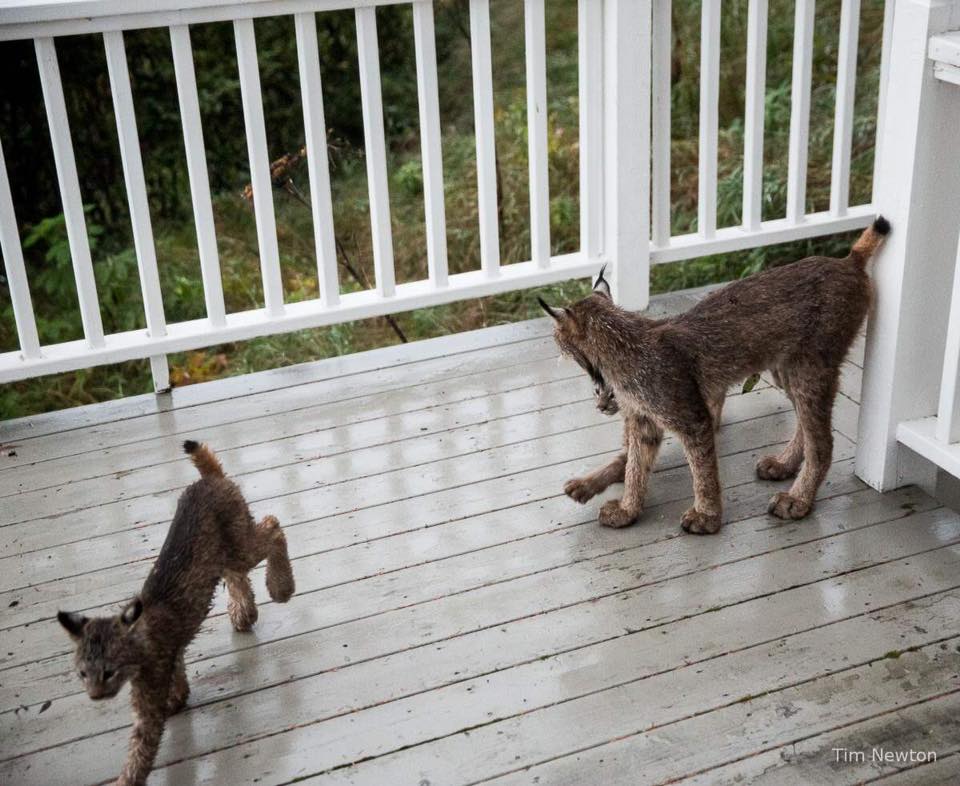 Slowly, one by one, they made their way up to their new jungle gym of sorts. 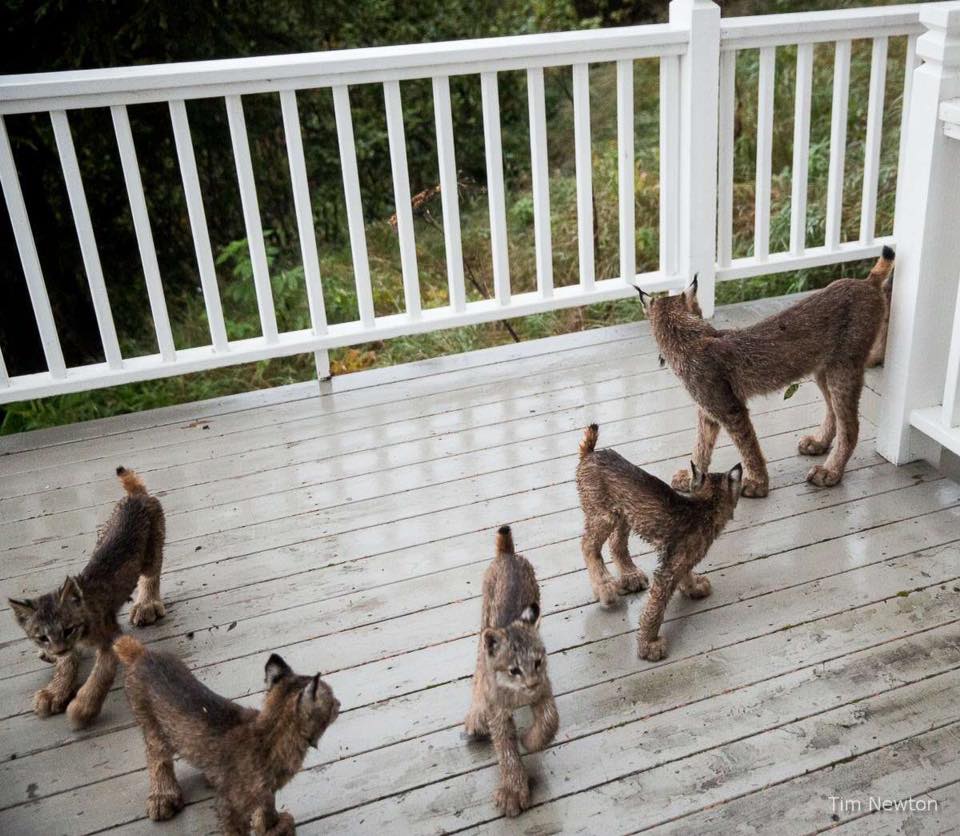 Eventually, the whole family was ready to play! They looked at Tim taking photos through the glass door, as if to ask, “A little privacy, please?!” 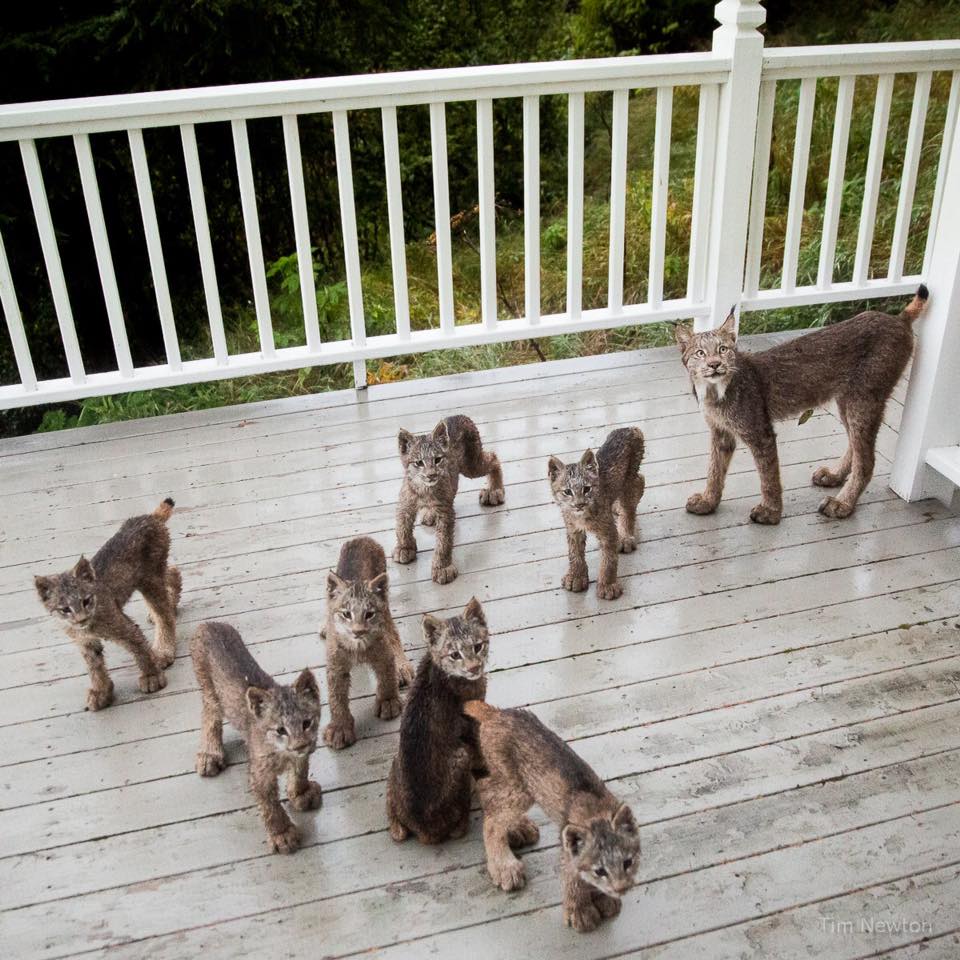 But they didn’t wait for his go-ahead and began tumbling around on the elevated Anchorage deck. 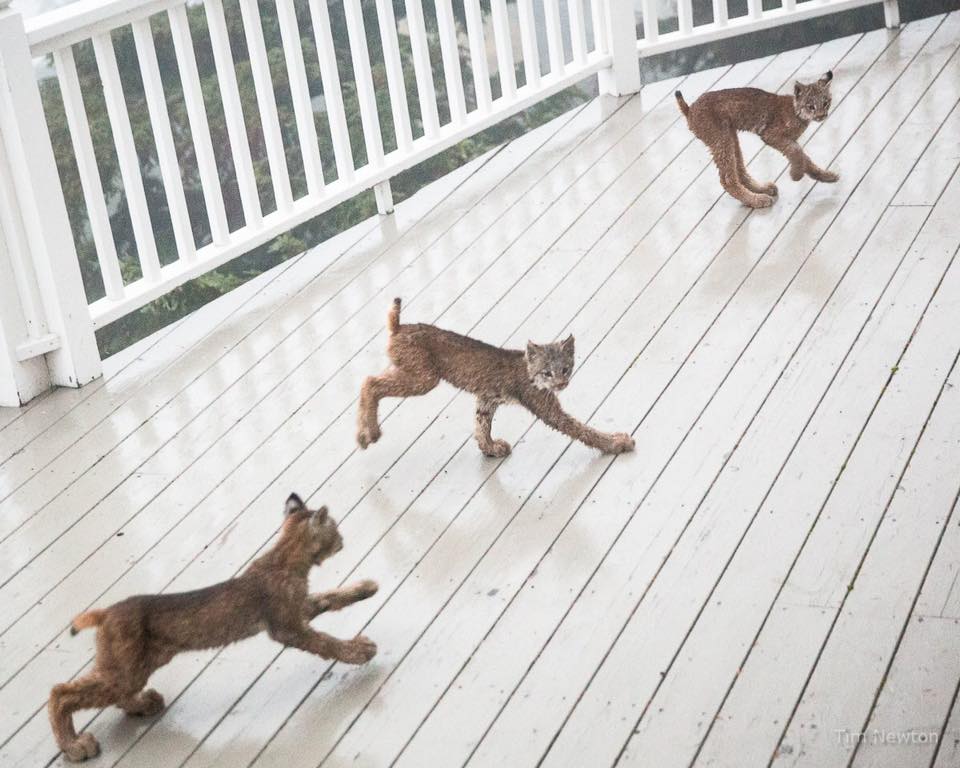 Tim Newton was born and raised in Alaska and captures its incredible landscapes and beautiful wildlife on film. 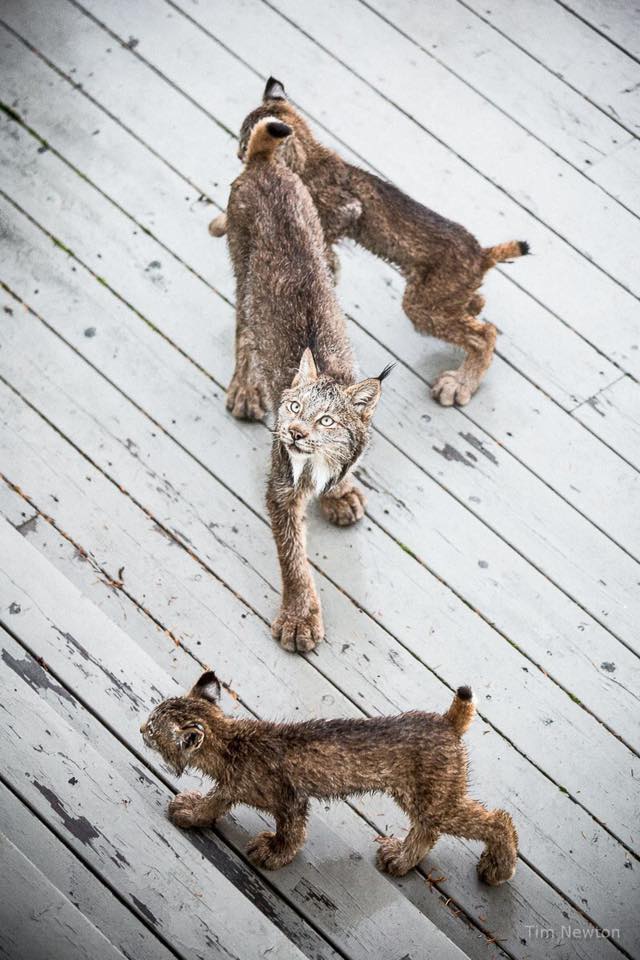 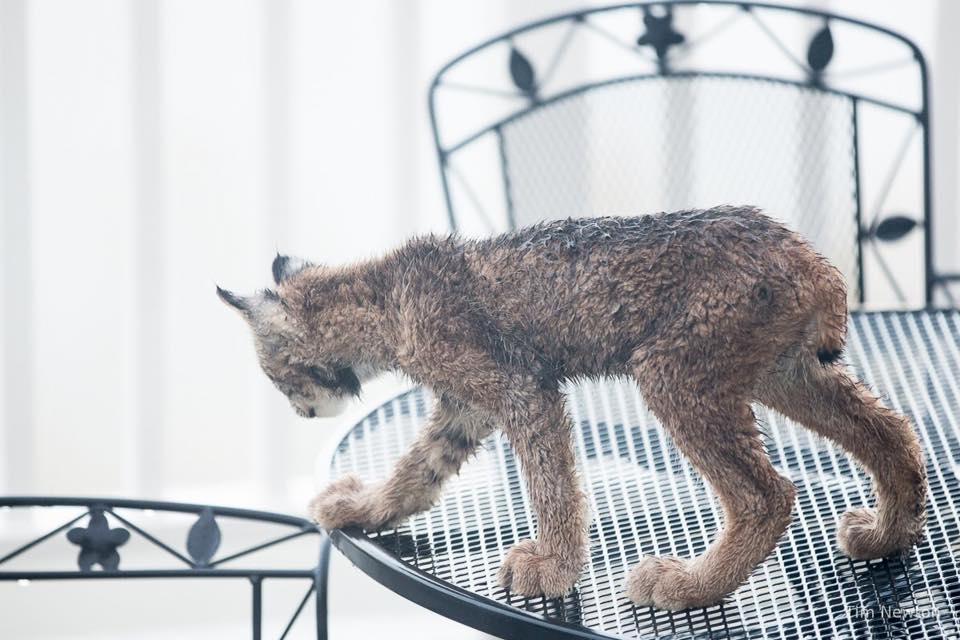 The lynx family loved to play on his porch, for the most part ignoring his watchful eye.

This cutie, however, was quite curious. 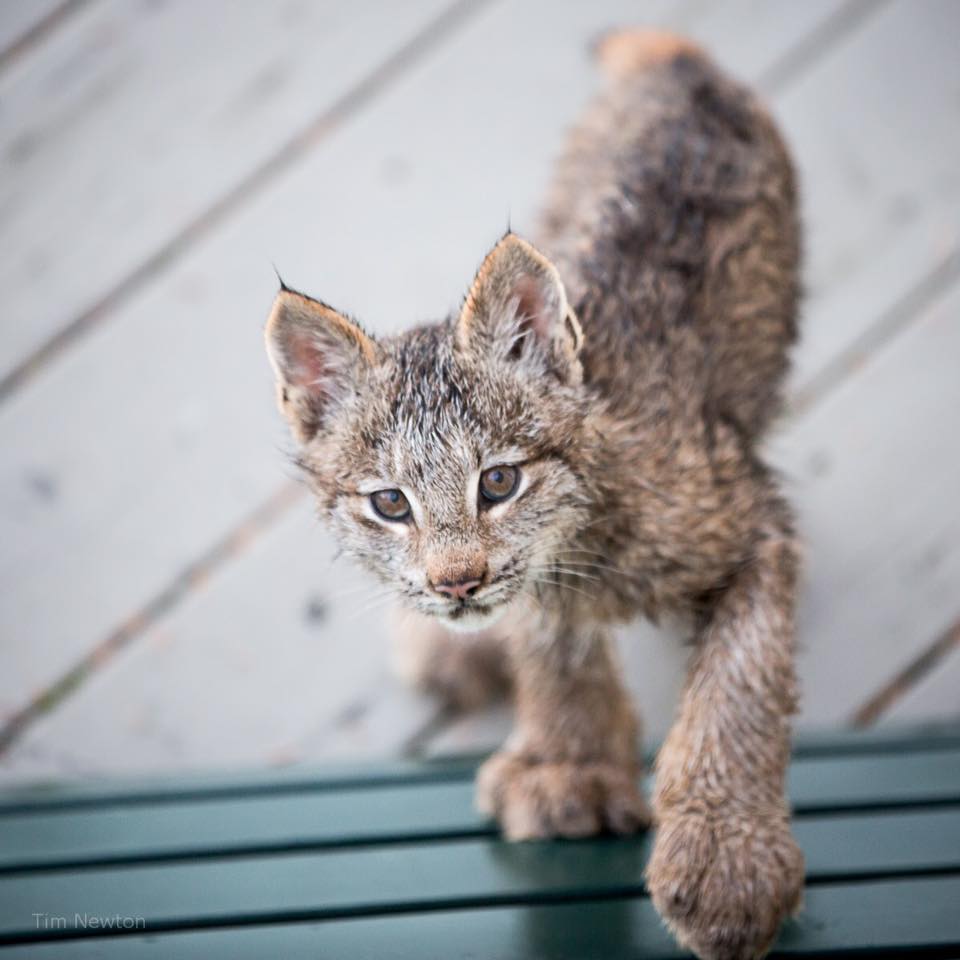 Take a second and look at those paws! He or she is going to grow up with some big kickers. 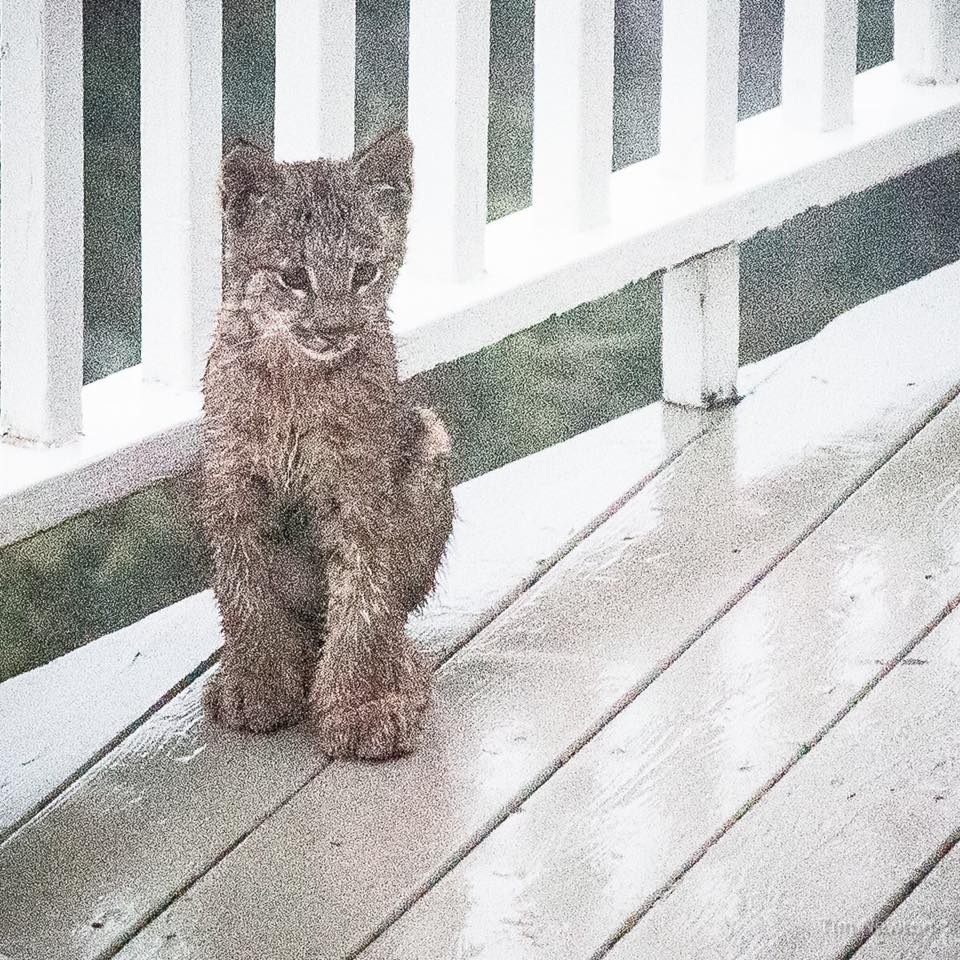 The little tufts on their ears (along with the sheer size of their paws) was what originally tipped Tim off that these weren’t just regular kittens. 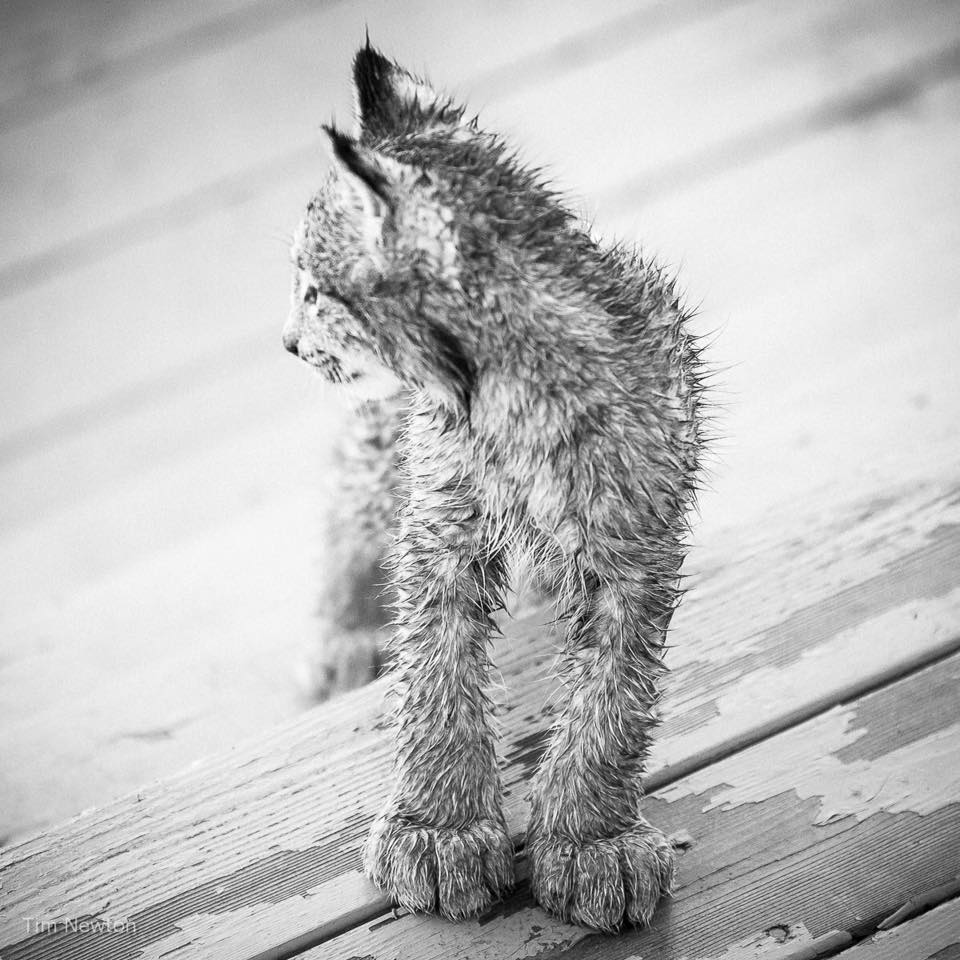 The family quickly became pretty comfortable hanging out on the manmade structure. 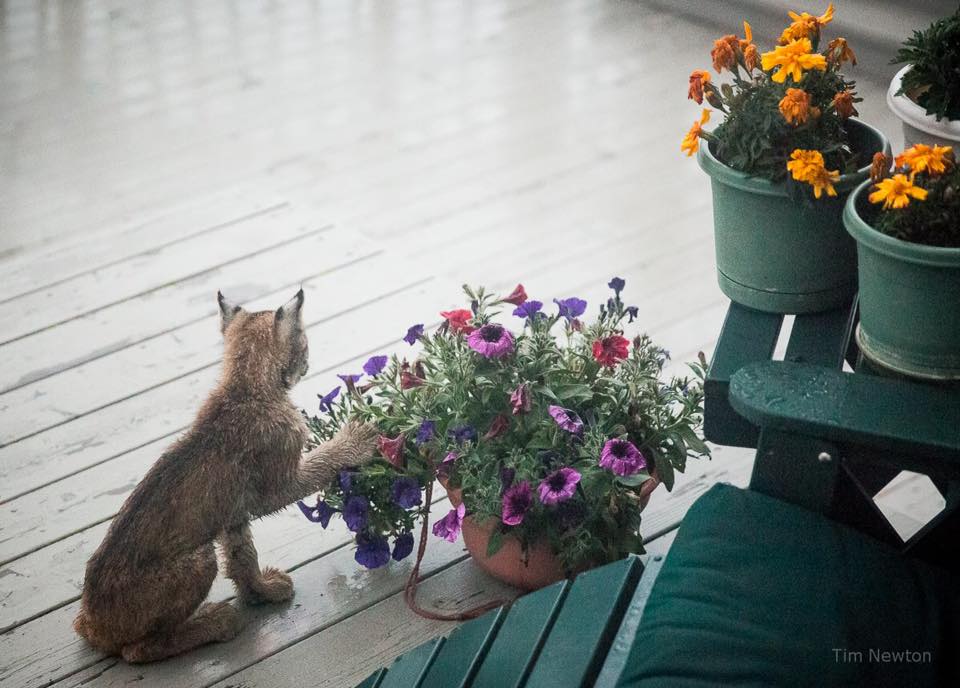 This looks like a game of hide and seek! 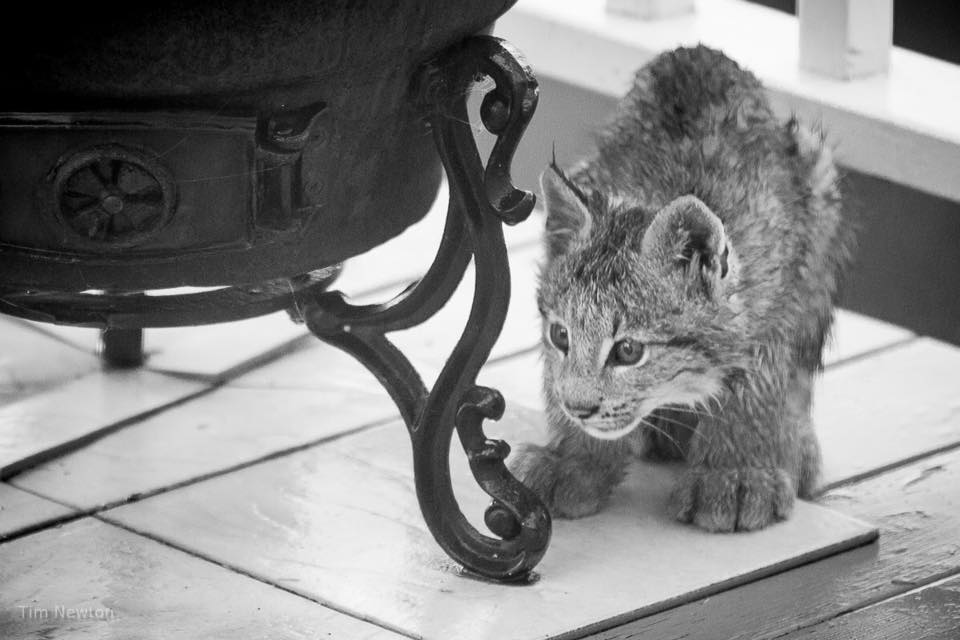 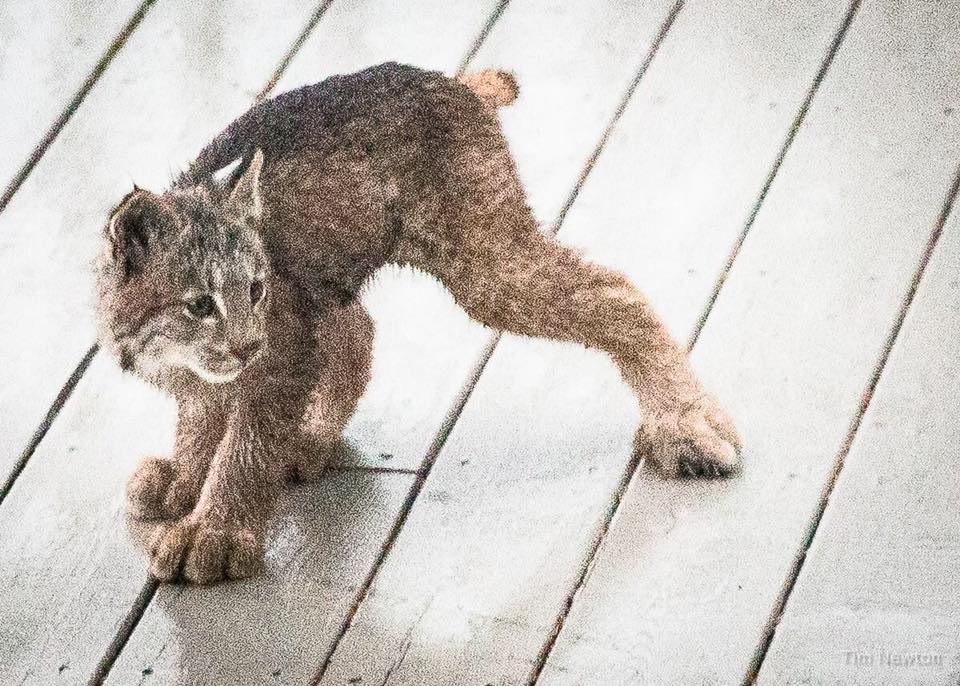 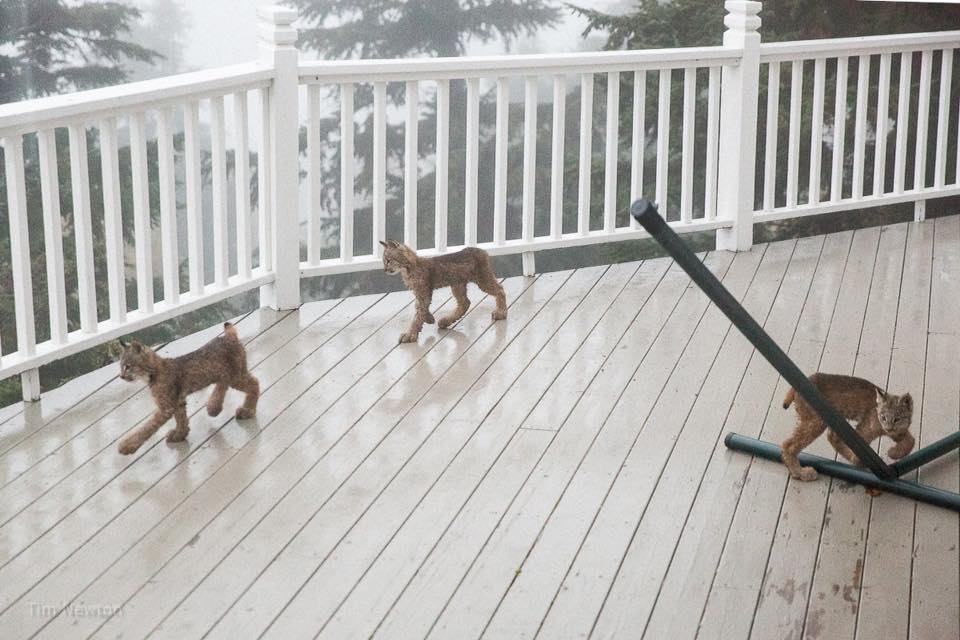 Eventually, the family made their way down to the grass, but Tim managed to snap a few more photos before they escaped into the wilderness. 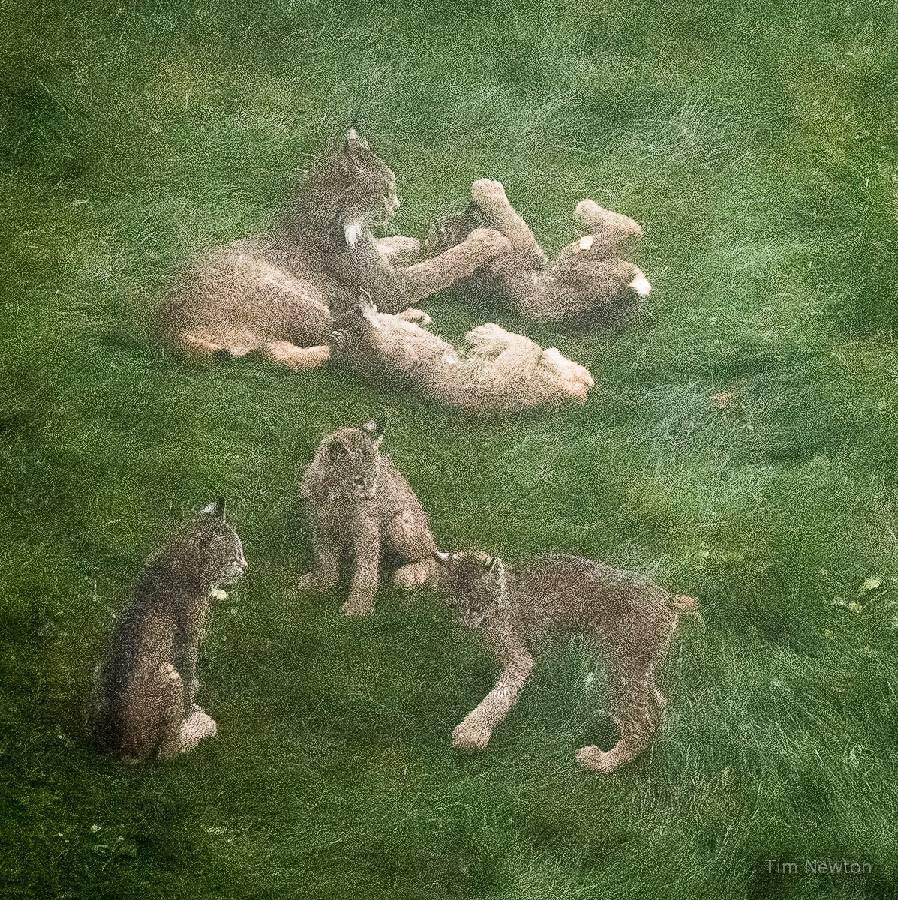 Here’s the ever majestic and devoted mom. 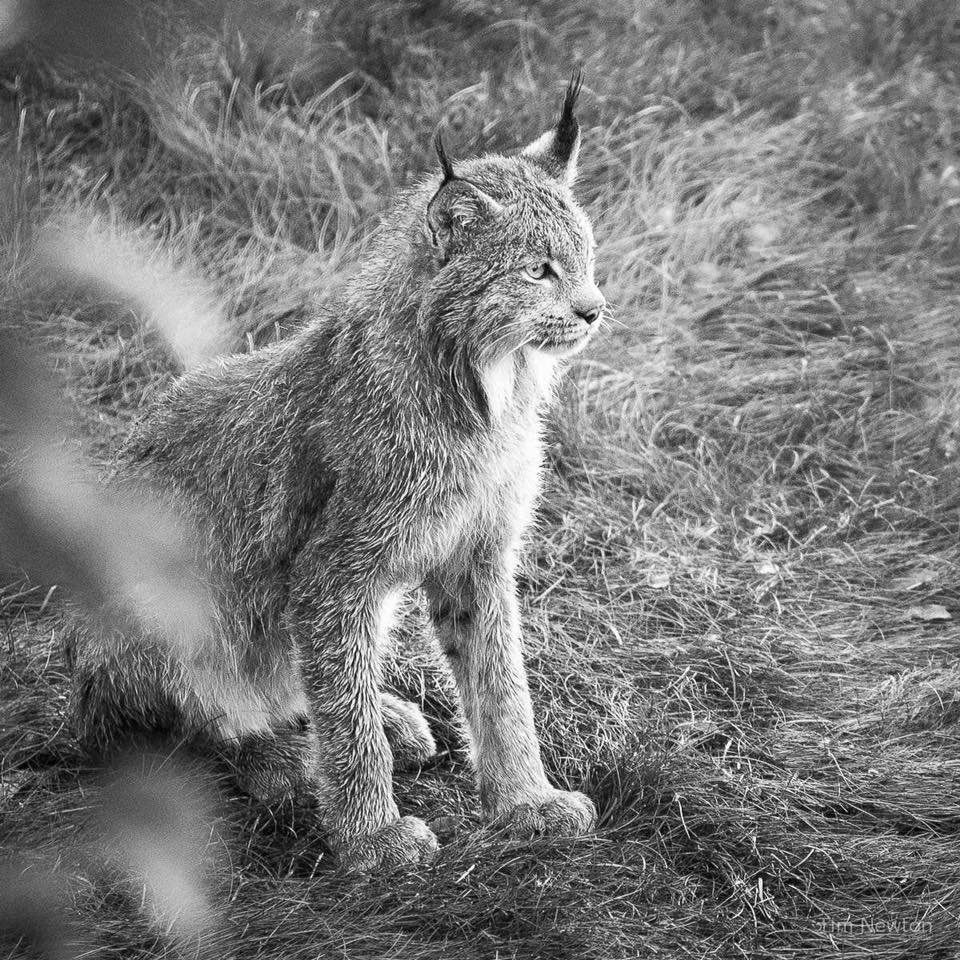 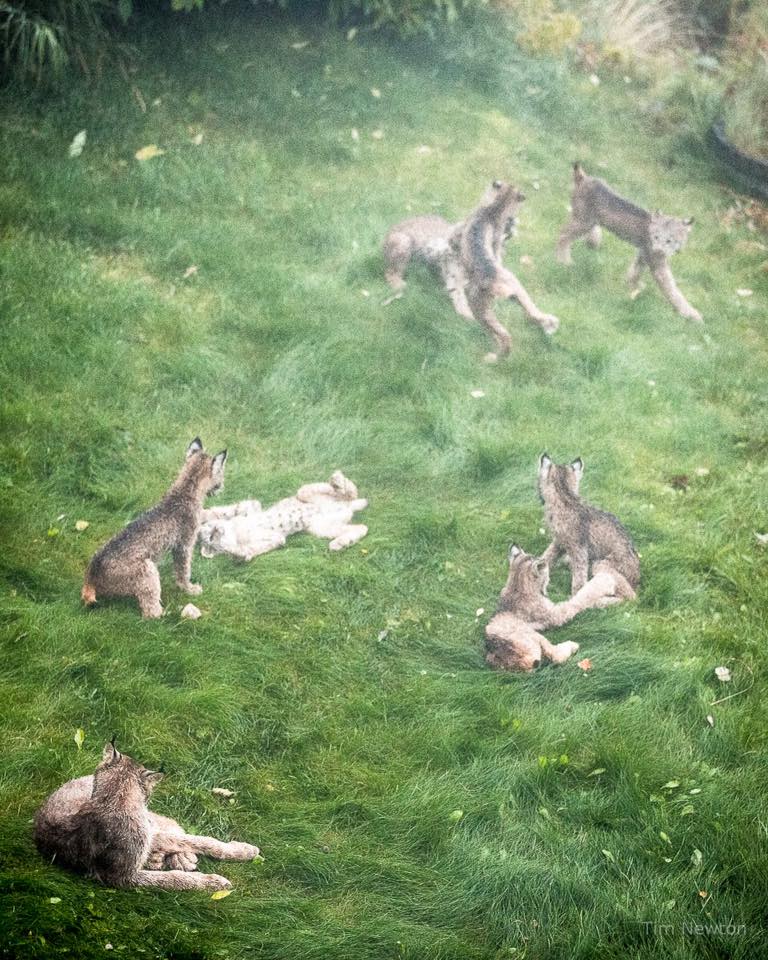 What an incredible sight to witness firsthand! If you want to see more of Tim’s lynx photos, head over to his Facebook page.

And don’t forget to share this beautiful family with your friends!