As members of the herding group, German shepherds are renowned for their loyalty, which makes sense since they were bred to work alongside humans.

Affectionately known as Velcro dogs, they attach to their owners’ hips and shadow them everywhere. You’ll never feel lonely in the bathroom again. So, when the owner of a young German shepherd pup named Maximus headed into the shower, of course, the floppy-eared fellow had to follow. You know, just to keep all the monsters at bay. 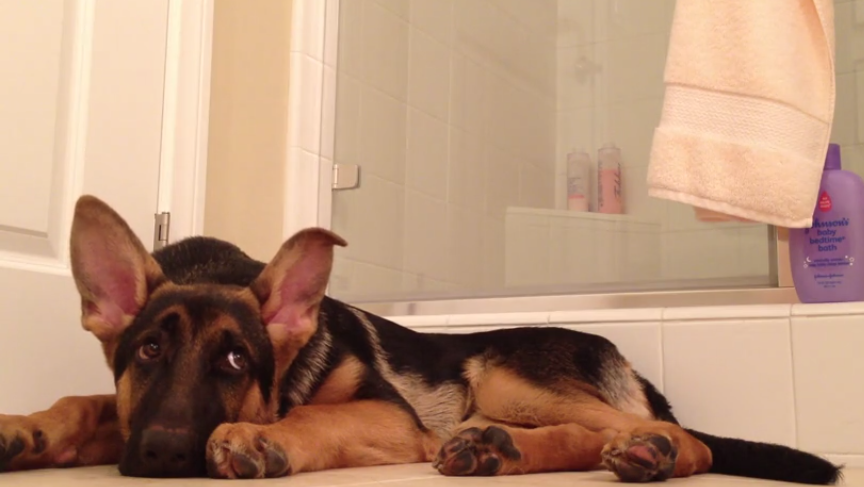 German shepherds are also well-known chatterboxes, with a nearly unmatched repertoire of grumbles and groans, moans and whines and sighs. So when Maximus’s owner launched into Eduard Khil’s 1976 Russian nonsense song, “Trololo,” well… the pup had something to say about it.

The song starts out as a solo, but it doesn’t take long for it to morph into a duet. Maximus’s radar ears twitch as the notes reverberate off the bathroom tiles. 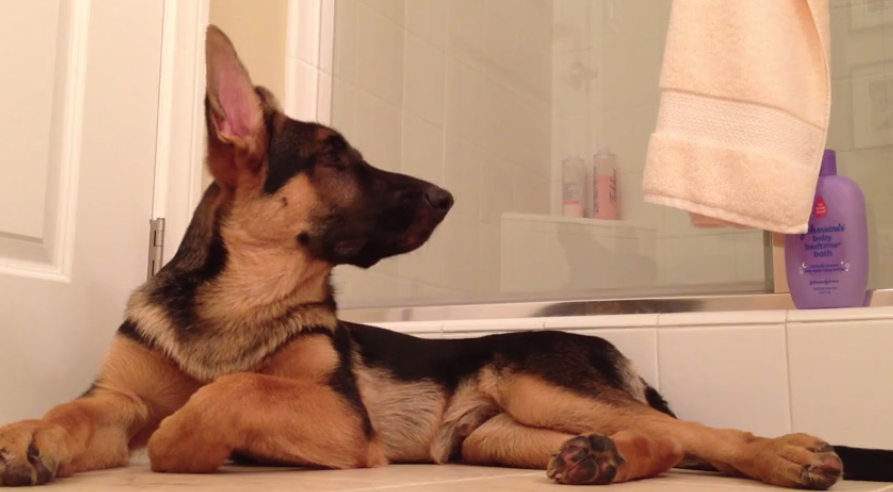 Then come a couple whines and a few moans. But they only serve as a precursor to the full-blown howling, which starts soon thereafter and continues for nearly an entire minute. 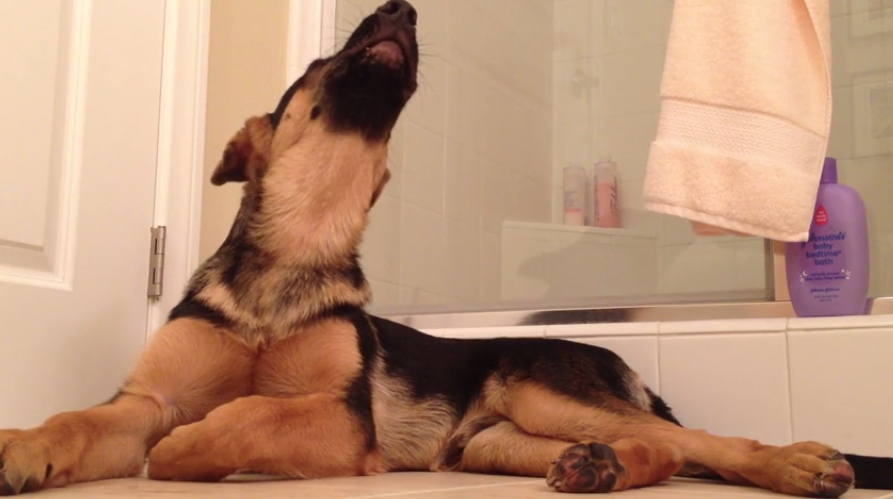 The video below was posted back in 2014 and it’s still a favorite, with more than 4.6 million views and hundreds of comments on YouTube: 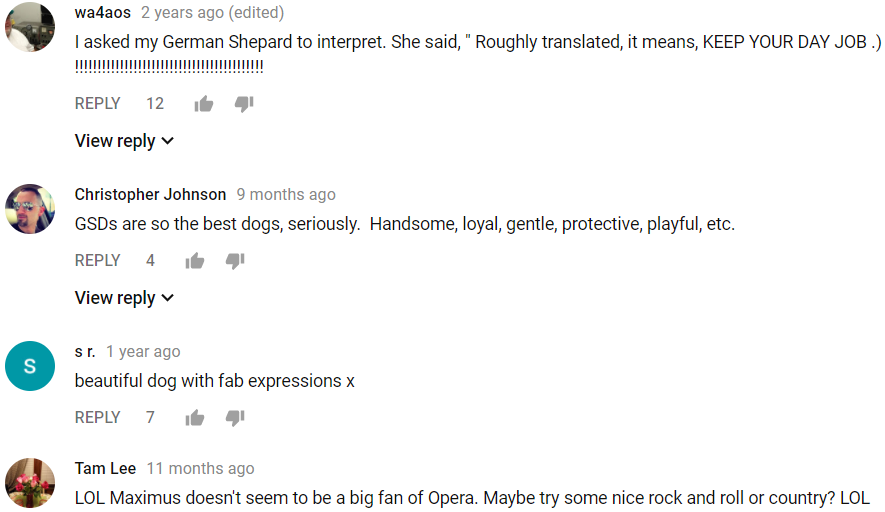 Watch the hilarious duet below and share to spread laughter!