All kids love “secret” hideaways, whether it’s a backyard fort they built out of scrap wood or a storage space above the garage that they’ve appropriated as their own.

Well, interior decorator Laura Medicus of Denver, Colorado, took that concept leaps and bounds beyond what anyone else could imagine. Anyone, that is, except C.S. Lewis. 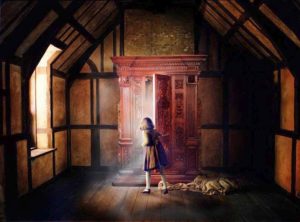 In his 1950 children’s novel, “The Lion, The Witch and The Wardrobe,” a wardrobe serves as a portal into the fantasy world of Narnia. Laura’s daughter, 11-year-old Sylvia, is a fan of anything involving mystery and magic. Having “a secret area that’s just hers is something that fills her with delight,” she wrote.

I think that children are able to instantly access that part of their mind where they can flip reality upside down and really walk into a thought and a world that is not accessible to most adults who are, by necessity, living in the “real world.” 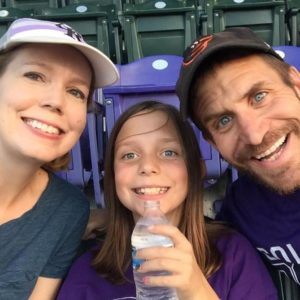 Laura hoped to bring some of the magic her daughter devours in series like Harry Potter and Sherlock Holmes into their home: “I told Sylvia my idea about the secret closet room and she got so excited about it that I knew there was no turning back. Then I had to explain it to my husband (quite a few times) so he could help build it!” 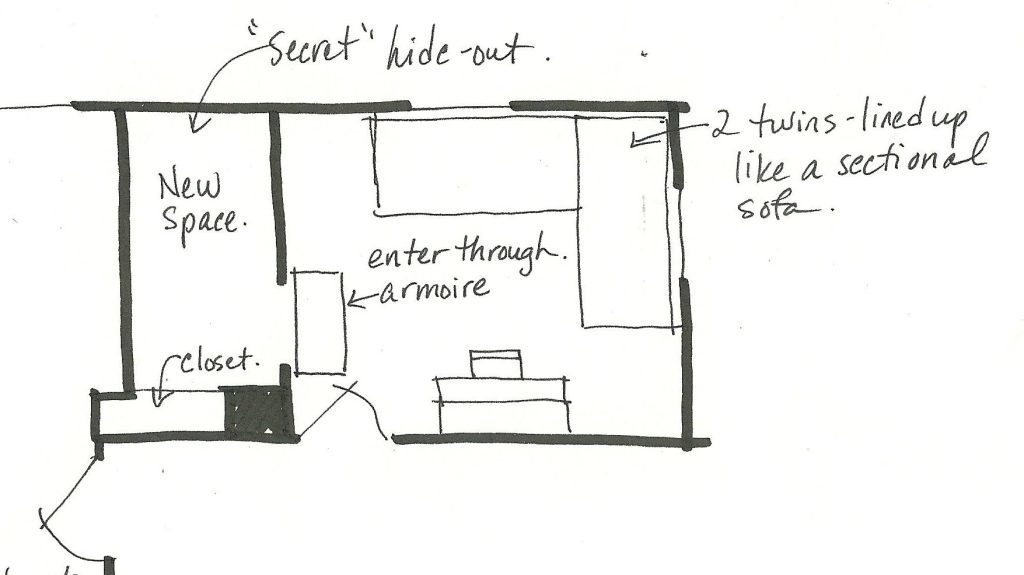 Sylvia’s room is next to her parents’, with a closet (in Laura’s room) in between. After walling off the closet, they then knocked out a little hole in Sylvia’s bedroom wall. To get the Narnia feel, Laura took the back off an old armoire, placed it in front of the hole, and anchored it to the wall. 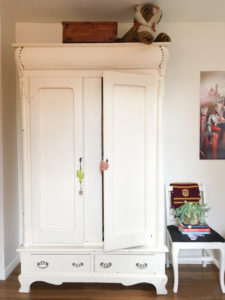 It looks like an unsuspecting beautiful armoire… but when Sylvia steps into it, she finds herself in a cozy little space lined with cedar planks… 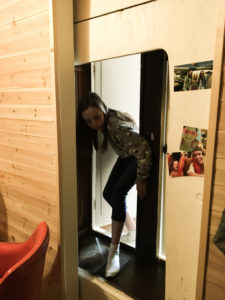 It’s filled with her very favorite things: books, photos of friends, and her iPad. 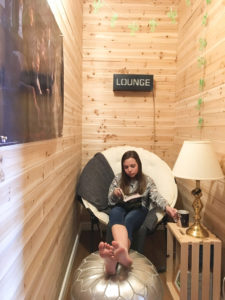 But Laura wanted to make sure that the secret hideout had a good mix of function and imagination, so she added a closet to the space. 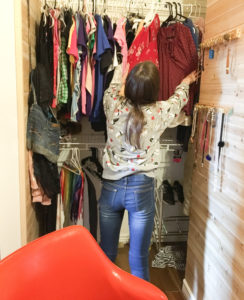 I think she’s got a few years of enjoying it like this and then we’ll move the armoire and set it up as a ‘normal’ closet. For now, it’s pretty fabulous and it’s very budget friendly. Nothing here was a splurge.

My philosophy was to make it work for right now, but not at the expense of having to undo much of anything when she outgrows it.

Wow, it really pays off to have a mom in the interior design field, huh? Check out more of Laura’s awesome work on The Colorado Nest!

And don’t forget to share this fun idea with your friends today.