The thing about pursuing a career in music is that you could have a beautiful voice, but if there’s nothing about it that sets you apart from other singers, you have a smaller chance of making it big.

That’s what made Laci Kaye Booth so memorable to all three “American Idol” judges. When the 23-year-old from Livingston, Texas, appeared on the show this season, one thing stood out to Katy Perry, Lionel Richie, and Luke Bryan during her audition: her distinctive voice. 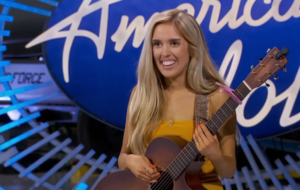 Music means everything to Laci. It’s the vehicle through which she reconnected with her father Jody, who wasn’t around during a big portion of her childhood. Her parents were just 15 and 17 when they had her, and they divorced when she was 3. 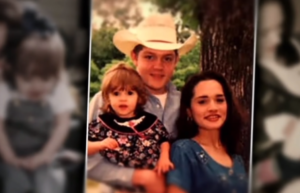 When Laci turned 15, she and Jody got a chance to mend their relationship. They took a trip together and found common ground through their shared love of music. It’s helped them grow closer and closer in the years since.

Strengthened by her dad’s supportive presence, Laci sang Merle Haggard’s “Mama Tried” for her audition. Luke, Lionel, and Katy all immediately noticed the interesting timbre in her delivery. Her voice has a shaky quality that worked really well with the song choice. In fact, Katy later described it as special and timeless. 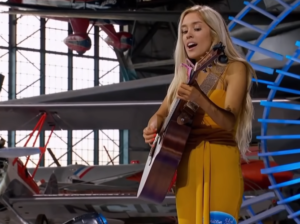 “I think you’re the first voice we’ve heard that is really a diamond in the rough,” Katy said when Laci finished singing. “You’ve really got something different sounding than everyone else.”

“You just slayed it,” Luke added. 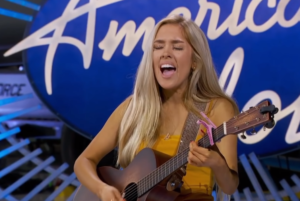 Of course, Jody came in to give his daughter a congratulatory hug when she received her golden ticket. It clearly meant the world to her and witnessing such a sweet bond touched each of the judges’ hearts. 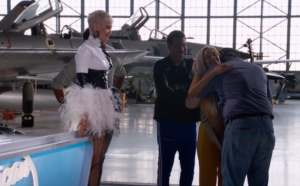 Since her audition, Laci has never failed to impress the judges or her viewers. At the time of this writing, she was saved by the judges during an elimination round. Now, she’s on her way to the Top 5. Good luck, Laci!

Listen to Laci’s stunning voice for yourself in the video below. Share if you’re rooting for her!