It’s Hollywood Week and emotions are running high for all the “American Idol” hopefuls who have (and haven’t) made it through to the next round.

But it’s probably safe to say no other contestant came close to how Johanna Jones was feeling as Tuesday night’s show finished off. While the 23-year-old from Las Vegas, Nevada, was elated to have made it that far in the competition, one thing was missing: her boyfriend, Matt. 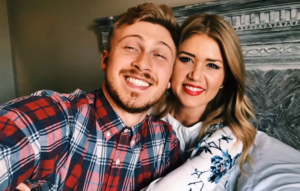 Johanna really wished Matt could have been there to cheer her on, but he was busy taking final exams for his last semester of school. He was so upset about not being able to make it that he cried.

“He’s the most supportive, loving, awesome guy I’ve ever met,” Johanna said. “I don’t want to get ahead of myself, but I think he’s probably the one.” 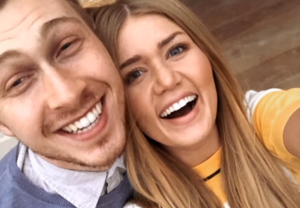 Despite wishing Matt could have come, Johanna put on a phenomenal performance with her take on Chris Isaak’s 80’s hit, “Wicked Game.” 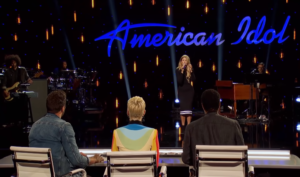 Her powerful voice earned her a standing ovation from the judges and a ticket to the next round. But the highlight of her week was still yet to come… 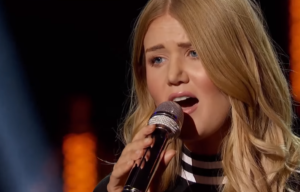 You see, Matt really wanted to be there for his girlfriend, whom he clearly adores. So the determined man drove 11 hours right after finishing six exams so he could surprise Johanna onstage and give her the shock of her life. 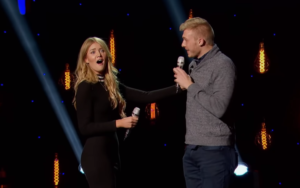 Matt introduced himself to the crowd, explaining, “I couldn’t be here all week because of exams, but I couldn’t wait another day.” That’s when he got down on one knee and asked the love of his life to marry him. Of course, a sobbing Johanna said yes. 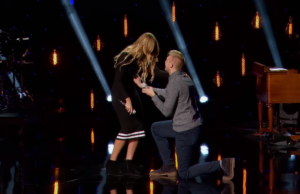 Johanna wasn’t the only one there who lost it. Judge Katy Perry had a meltdown as soon as she realized what was happening on stage, sinking to the floor in what she later referred to as the “ugliest cry of my life.”

“Why won’t someone love me like that?” Perry jokingly screamed. (If you didn’t know, Perry just got engaged to Orlando Bloom in February.) 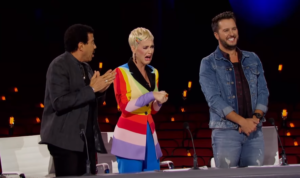 As for Johanna and Matt, well, they couldn’t be happier. 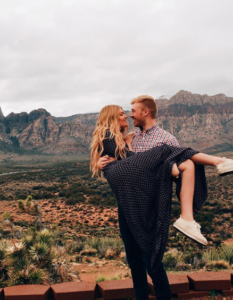 Congratulations, you two! Johanna must be on cloud nine after everything that happened that night. We wish this talented singer the best of luck in the competition and on her upcoming marriage.

Watch the emotional moment Matt shows up with a surprise proposal in the video below, and don’t forget to share.