Kimberly Fugate wasn’t prepared for the news that age 42, she’d be a mother again. But her unexpected pregnancy wasn’t even the most startling news Kimberly would get.

She, her husband Craig, and their 10-year-old daughter Katelyn, were shocked to discover they’d be welcoming a set of identical female triplets into their lives. 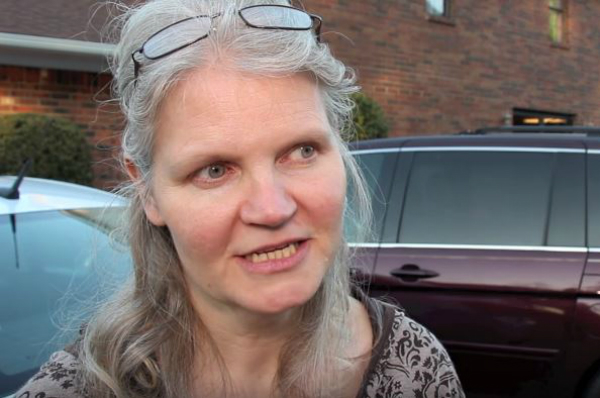 At first, the Fugates weren’t quite sure how to take the news. But once the shock wore off, the family went to work making preparations.

But even the best-laid plans can go awry. As Kimberly lay giving birth to her daughters, she was hit her with yet another surprise… Just after her third daughter was born, Kimberly heard the doctor say two words she never expected to hear: “more feet.”

The triplets she and her family had anticipated were actually a group of identical quadruplets. 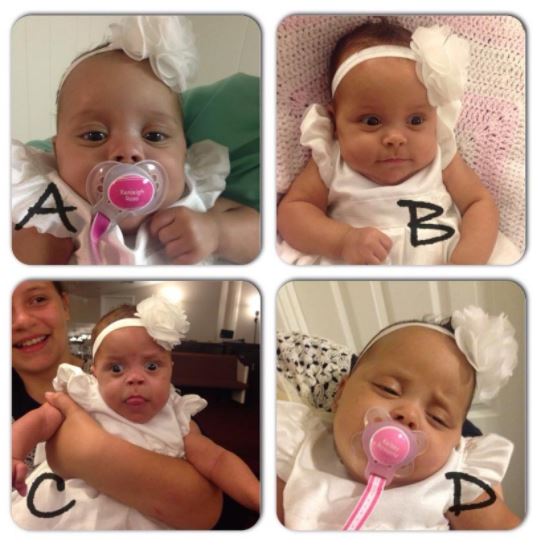 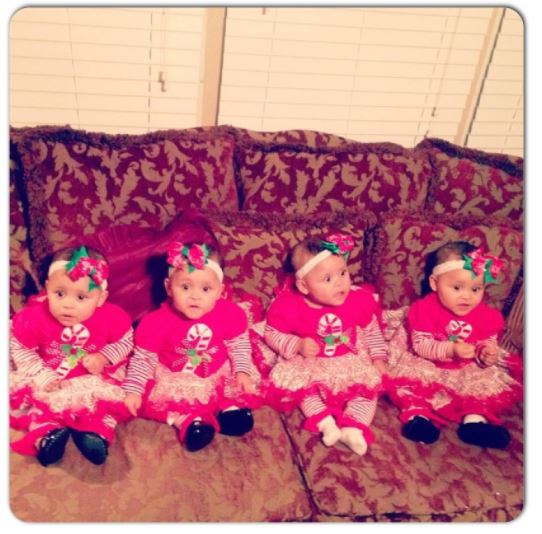 In her doctor’s words, the odds of her having so many identical children without in vitro fertilization were “incalculable.” 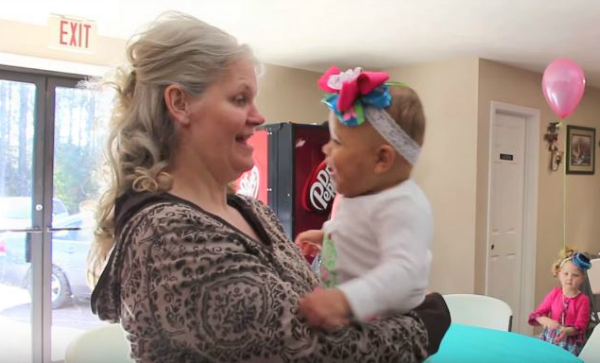 Because of the unusual circumstances, Kimberly and her babies were kept in the hospital where they were closely monitored. Fortunately, by the time their first birthday rolled around, the four girls– Kenleigh Rosa, Kristen Sue, Kayleigh Pearl, and Kelsey Roxanne — were the most adorable picture of perfect health. 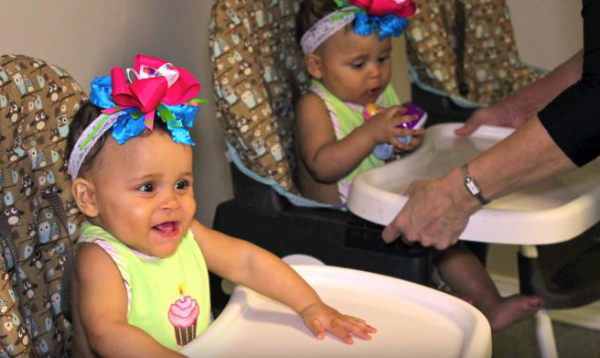