Police canines are highly-trained members of the police force… but at the end of the day, they’re still dogs.

If you’ve ever tried putting clothing or booties on your dog, chances are you’ve noticed that it takes a lot of getting used to before they’re comfortable in their new duds. In fact, some dogs never stop trying to get the hated sweaters or doggy jackets off of themselves when their owners try to dress them up. Others get so used to wearing clothes that they look forward to putting on their warm sweaters because they know it signals an impending walk.

And then there’s Jary. 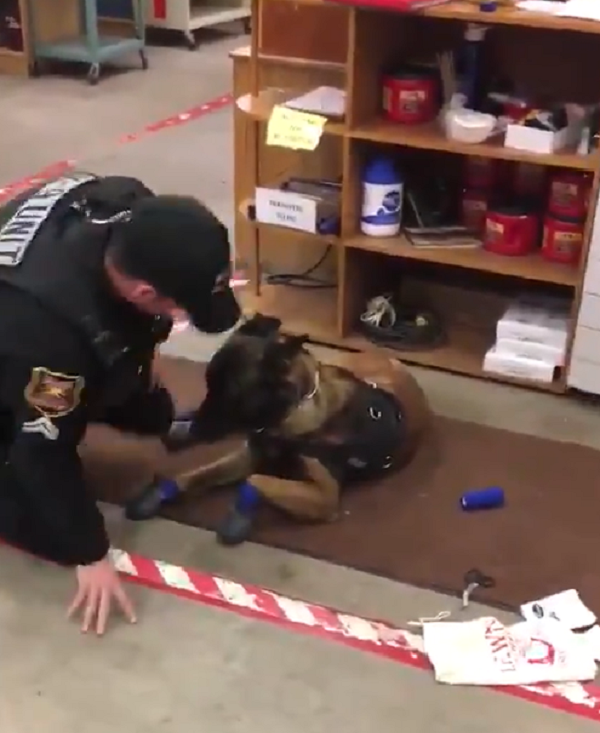 Jary is a K-9 officer for the Rapid City Police Department in South Dakota. While he looks like a big, tough police dog, recent video of Jary trying on a new pair of snow boots shows that he’s no different than your average couch-surfing family pup when it comes to wearing clothes!

You can tell by the way he’s holding his ears back that he’s not thrilled about his new snow boots, but like the good boy that he is, he gamely gets up and attempts to walk across the room. Except… “What… is… going on… with… my feet?” the dog seems to ask himself. 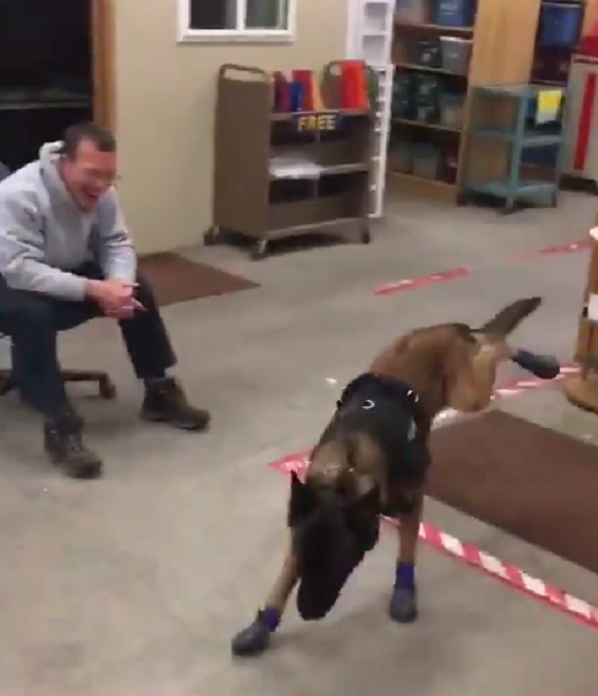 Poor Jary is walking as if he’s wading through sticky Jell-O! He just has no clue what is going on with his paws, so he takes huge, exaggerated steps in an attempt to rid himself of the booties. You can see the officers in the room cracking up as they watch the poor fellow trying his hardest to walk normally, and failing miserably.

Never fear; the police force isn’t doing this to pick on their pal and fellow officer; they’re doing it for Jary’s own protection. The American Kennel Club recommends that all dogs wear something on their feet to protect their paws from harmful snow and ice particles. Many ice melt and de-icer formulas are also harmful or fatal to dogs when swallowed, so keeping their feet from coming into contact with the chemicals is the first and foremost reason for getting Jary some new boots. 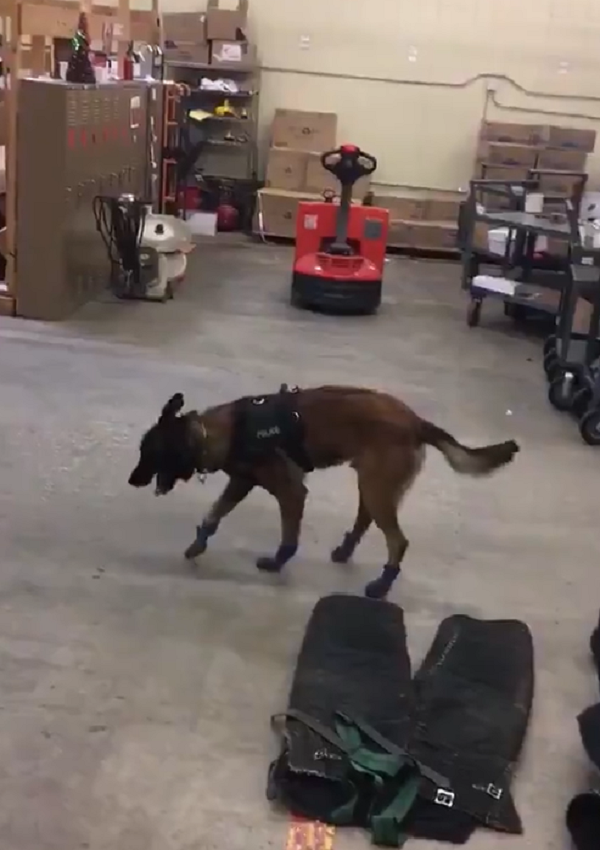 Even though we know it’s for Jary’s own good, we can’t help but laugh at how silly he looks as he adjusts to life in boots. It just goes to show you that even when they’re hard-working dogs, they still have the ability to make us laugh like no other animal. Stick with the boots, Jary! We’re sure you’ll get the hang of them soon.

Take a look at Jary in the video below, and be sure to share to put a smile on a dog lover’s face!

When it's cold and snowy out, but you're a furry officer who still needs to catch the bad guys… #K9Unit #DogBoots pic.twitter.com/eaVptVAx27