This is probably the cutest act of civil disobedience you’ll ever see.

Jango Fett is a K-9 officer with the Anne Arundel County Sheriff’s Office in Maryland, a Belgian Malinois whose high drive and strong work ethic makes him the perfect fit for detecting narcotics. Under normal circumstances, he’d do anything for his handler and partner, Deputy Ryan Costin, even take a bullet. 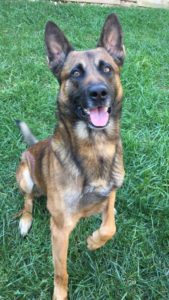 But for whatever reason, he just wasn’t feeling it last Tuesday, a beautiful, spring morning with the cherry trees in full bloom. When Deputy Costin ordered him into the back seat of his patrol car, Jango Fett refused, instead flopping down and wouldn’t budge.

This peaceful protest takes place on a patch of grass outside Deputy Costin’s home, with his wife, Cassie, filming the hilarious scene from inside. And it goes on for the better part of two minutes, the deputy spending most it gesturing, cajoling, and all but pleading with his obstinate partner to just get in the car.

After about 20 seconds, it looks like this lazy Malinois is about to give in. He grudgingly worms his way up into a half-sitting position, takes a peek at the back seat, then quickly averts his eyes.

Acts of civil disobedience are rarely rewarded, but that’s what it takes to get this willful working dog back on track. In the end, these two deputies finally reach a compromise: You scratch my belly, I’ll scratch yours. 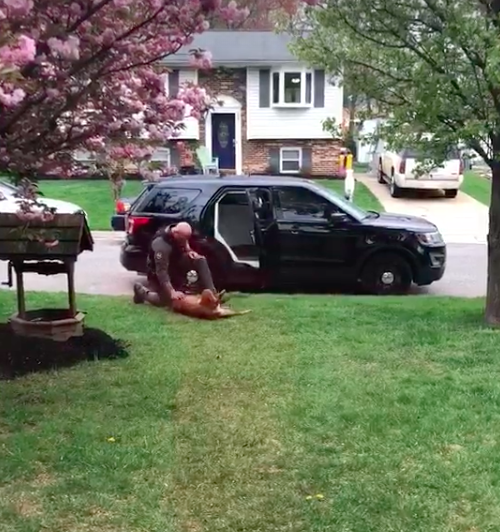 Deputy Costin bends down and gives his undercarriage a few good pats and scratches, and that finally does the trick.

“So all I need to get ready for work is a belly rub. Got it, check,” Cassie calls as the suddenly resuscitated Jango finally jumps into the back seat.

The Anne Arundel County Sheriff’s Office couldn’t help but see the humor in the situation and shared the video on its own Facebook page:

Hey, Jango, we’ve all had those days and we can absolutely sympathize. We just hope you got some extra treats and rubs for being such a good boy and sucking it up.

Check out this adorable protest in the clip below, and share to spread more laughs!