Everyone’s calling her the hero, but New Jersey resident Jennifer Vaz says her Boxer, Molly, deserves all the credit.

Vaz and Molly were in Veterans Memorial Park near Sandy Hook Bay early one day last week to catch the sunrise, following their normal route. But suddenly, Molly started pulling Jennifer toward the water’s edge. And that’s when she heard the whimpering. Looking down over the rocky bulkhead, she spotted a wire cage. 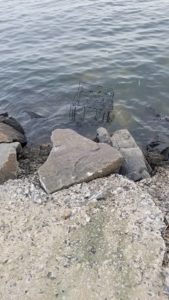 The tide was rising. If she hadn’t seen it when she did, no one would’ve ever known the dog was there.

“When I looked down,” she recalled, “I saw these eyes looking back at me, just these cute little puppy eyes, all shivered up and scared in the crate, locked up.” 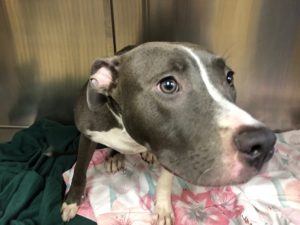 She jumped over the railing and opened the crate, but the one-year-old pit bull was too scared to move. It wasn’t until Molly walked up and licked his face that the puppy understood he was in safe hands at last and ventured out.

The poor pup was shaken but otherwise unharmed, and Jennifer brought him straight to the Highlands Police Department.

On Friday, officials issued an arrest warrant for a 36-year-old Long Branch resident, Aaron Davis, who surrendered himself to authorities after the story went viral. 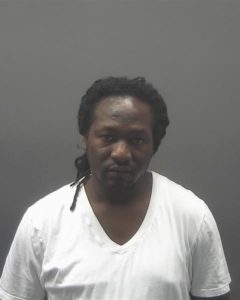 But in the meantime, Vaz is fostering the puppy, who’s now named River. Once she gets the g0-ahead from the Monmouth County SPCA, however, she fully plans to adopt him because it “just feels like the right thing to do. He feels like he’s part of our family.”

Asked what he thought about this turn of events, River was too emotional to speak. But actions speak louder than words anyway. 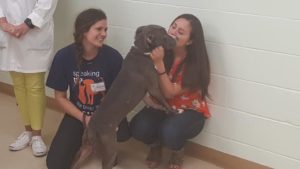 In a recent Facebook post, Jennifer shared pictures of River settling in at his new home, and by the look on his face, this pooch knows she and Molly really saved his bacon! Now he knows what it’s like to be wanted and loved, both by both his new mom-to-be… 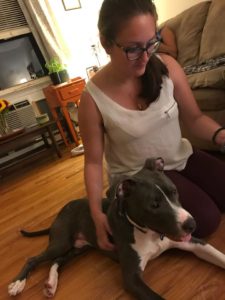 And a compassionate big sister who showed him possibly the first act of kindness he’d ever experienced in his short life! 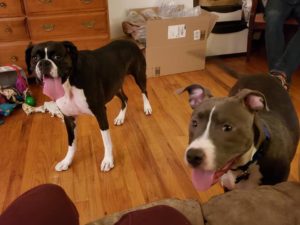 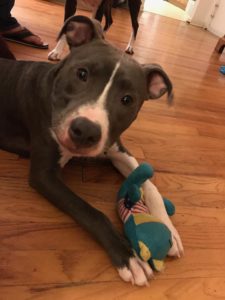 What did I do to deserve all this? You guys are the best! I, I’m… I just don’t know what to say… 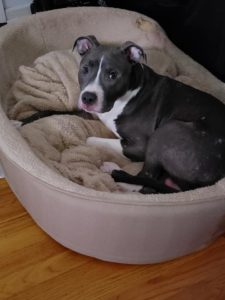 Here’s to good teamwork! Watch the video below to hear more about this rescue, and share if you agree this story couldn’t have had a better ending.