If you’re a dog lover who lives at a place that doesn’t allow pets, hopefully you have some kind-hearted family members or friends with dogs who can help fill that void.

But Redditor larebear2 doesn’t have to go far to get her daily dose of pets and kisses. One of her neighbors came up with an ingenious solution. 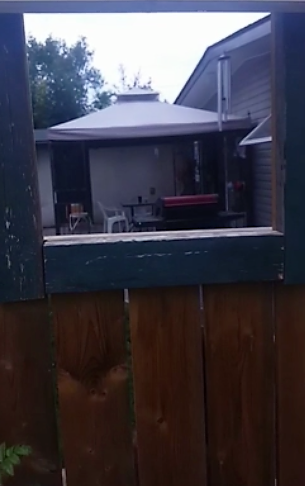 They just cut a hole at the top of their fence, allowing her unrestricted access to as much puppy love as she can handle!

Now that wasn’t very satisfying, was it? We just wanted to give you some context as to why this matters so much, but here’s a better visual. Meet Jake (at least, his top half):

I’m not allowed a dog, so my neighbors built a window into my yard so I can pet theirs! from r/aww

According to larebear2, he’s a two-year-old Bernese Mountain Dog/Great Pyrenees mix and he’s more than willing to serve as a proxy for her and probably anyone else who wishes they could have a dog of their very own. The problem is, the video’s just a few seconds long and we only get the tiniest glimpse of this sweet pooch at the very end. 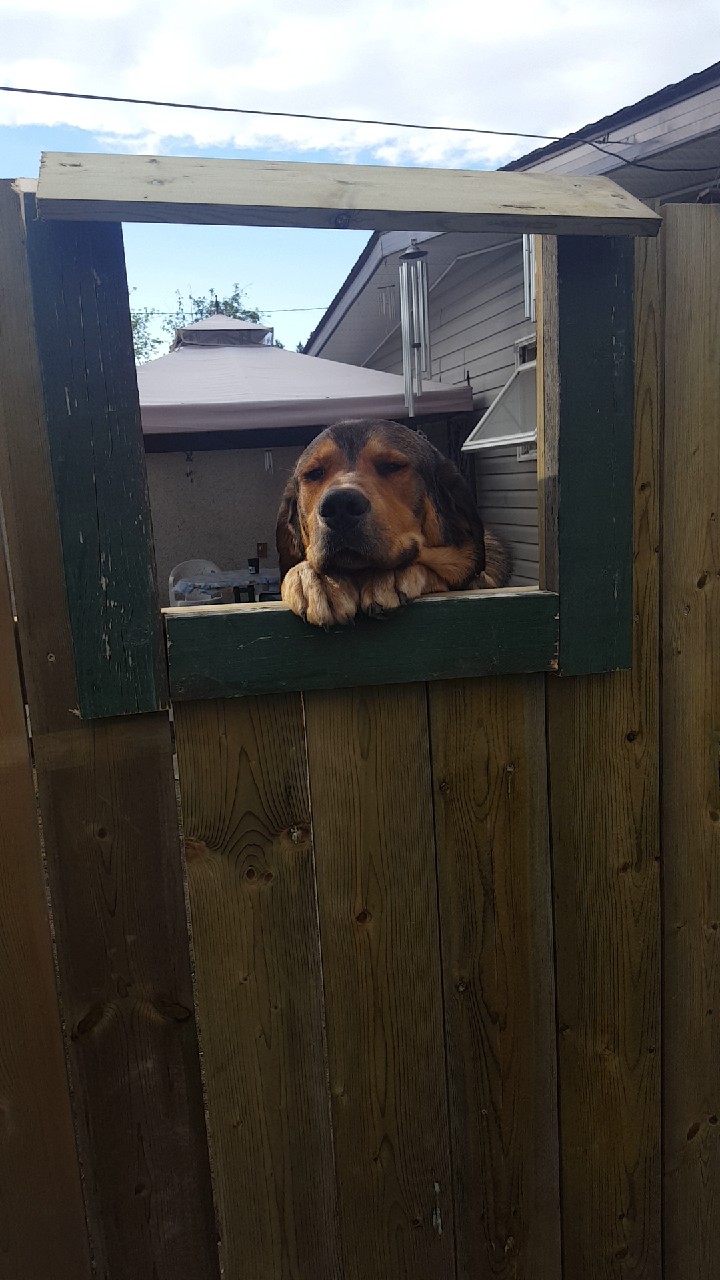 But more importantly, we don’t get to see her actually petting Jake, which was the whole point for the hole (which the neighbors cleared with larebear2’s landlord before installing). And, presumably, the post. That, of course, led to a popular outcry, which in turn led larebear2 to post a second video that’s finally smoothed everyone’s ruffled feathers:

Update: I boop his snoot from r/aww

These neighbors obviously know Jake well enough to know no harm will come to anyone who reaches through that little window to give him a good neck rub or scratch behind the ears. This was such a thoughtful gesture and truly a win-win-win for everyone involved!

Share if you agree these neighbors came up with the greatest solution ever!