Simon admitted it: When 53-year-old Jacqueline Faye first appeared, he wondered whether she’d stumbled onto the wrong stage. By the time she was done with her audition, he was blowing her kisses.

Jacqueline, who sang on a London showboat for 14 years, chose Cilla Black’s 1960s hit, “You’re My World,” as her audition piece. The song starts out a bit slow and isn’t exactly the typical tune heard on the reality show, but while the judges’ expressions were muted for the first part, that all changed when she hit that first high note!

And it just got better from there, right up until the audience and judges were on their feet, grinning ear to ear and clapping wildly during a standing ovation!

But of all the judges, the one she most wanted to impress was Rob Williams, who, in her pre-show interview, she called an “icon” who she’d even love to have as a part of her family. (Unfortunately, Jackie is married, but that doesn’t stop her from dreaming.) 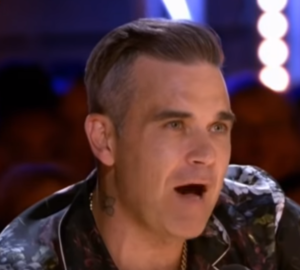 “You remind me of everything that’s great about my home,” he enthused, adding she transports him “to safety and kindness. There’s something really special about you.” 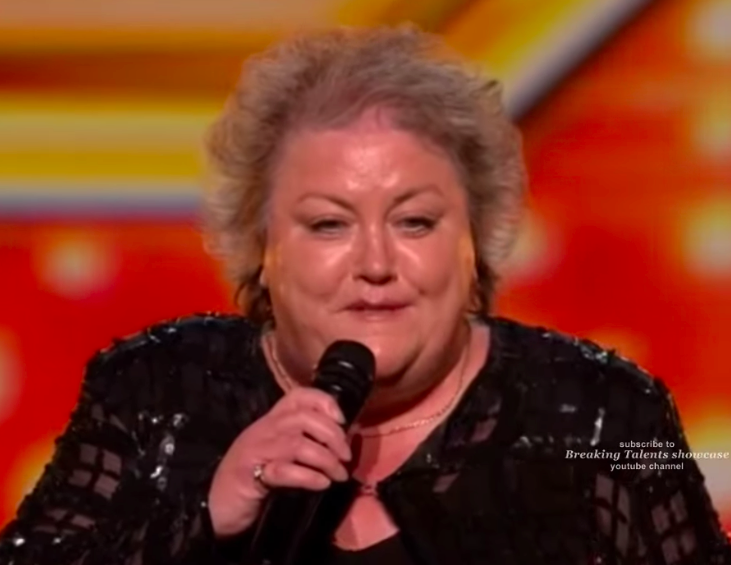 At least one viewer agreed, saying Jacqueline’s “full of love and with that golden voice [she] can take you to a safe and loving place anytime.” Another compared her audition to “Britain’s Got Talent” alum Susan Boyle, who everyone doubted based solely on appearances from the start, then later rose to worldwide fame.

And Simon? Well, he originally rolled his eyes at Jackie, but he’s man enough to admit when he’s wrong:

When you walked out I thought you’d walked out on to the wrong show by mistake and I’m thinking this isn’t going to be great and then you were. There’s no other way of putting it. You’re a little tiger aren’t you? And that’s why we will never put an age barrier on the show.

Watch her full performance in the video below, and share to wish her luck this season!