“It’s you I like – every part of you. Your skin, your eyes, your feelings – whether old or new. I hope that you’ll remember – even when you’re feeling blue – that it’s you I like. It’s you yourself – it’s you, it’s you I like.” – Mister Rogers

For anyone that grew up with the best neighbor in the world, Mister Rogers, the song “It’s You I Like” is second only to “Won’t You Be My Neighbor.” Mister Rogers had a way of making every kid feel special, understood, and loved. 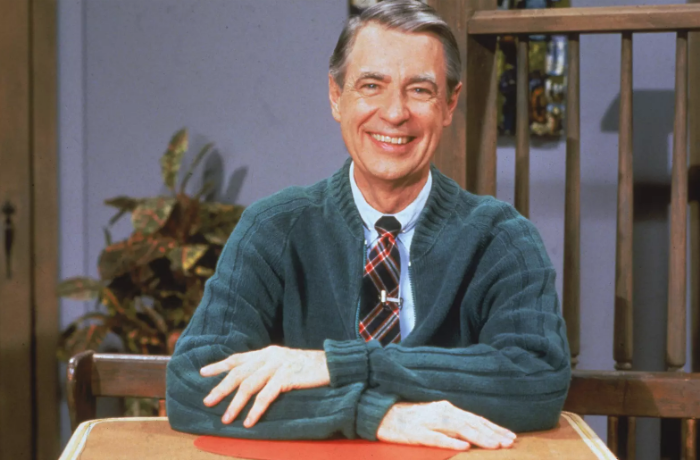 In 1981, Mister Rogers welcomed a special guest to his show – quadriplegic Jeffrey Erlanger. Jeffrey told viewers about his wheelchair and spoke a little about his disabilities, which were the result of a surgery to remove a tumor from his spine. 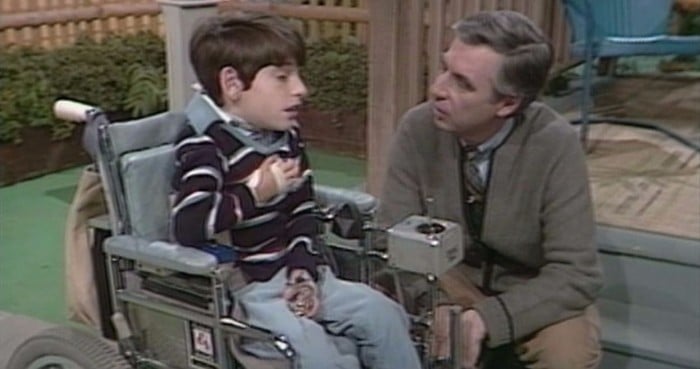 The story could end there – because pretty much anything about Mister Rogers’ legacy is inspiring and heartwarming. But .. it gets better.

In 1999, Mister (Fred) Rogers was inducted into the TV Hall of Fame. During the ceremony, Rogers sat patiently as guests praised him and set the stage for his big speech. Eventually, the final guest came on stage to formally introduce Rogers … and he was stunned. 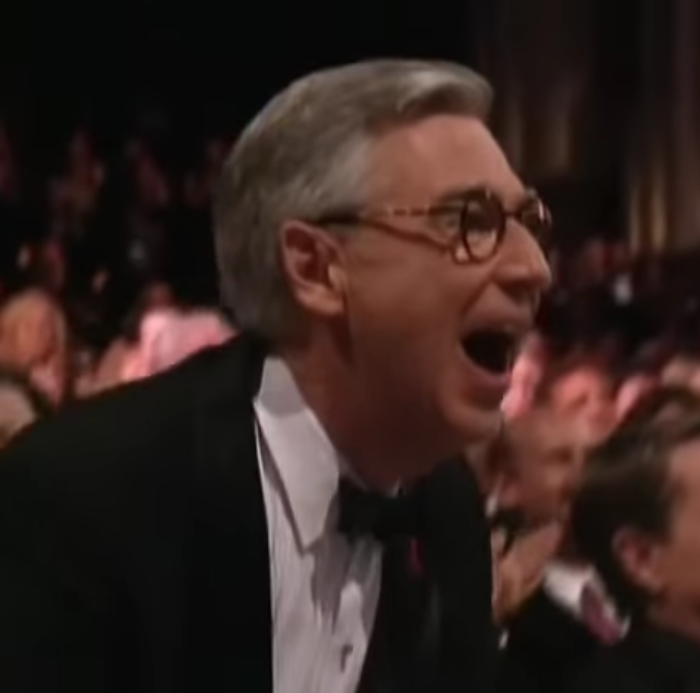 On stage, was Jeffrey. Rogers didn’t even let his special friend get to the microphone before he bypassed the stairs to hop on stage and give him a big hug. Despite all the years since filming the episode, Rogers still remembered him. In fact, Hadda Sharapan, one of Rogers’ former coworkers, told the Post-Gazette that “anytime Fred was asked, what was a moment that stands out” over the course of his career, his episode with Jeffrey was always “the one he pointed to.” 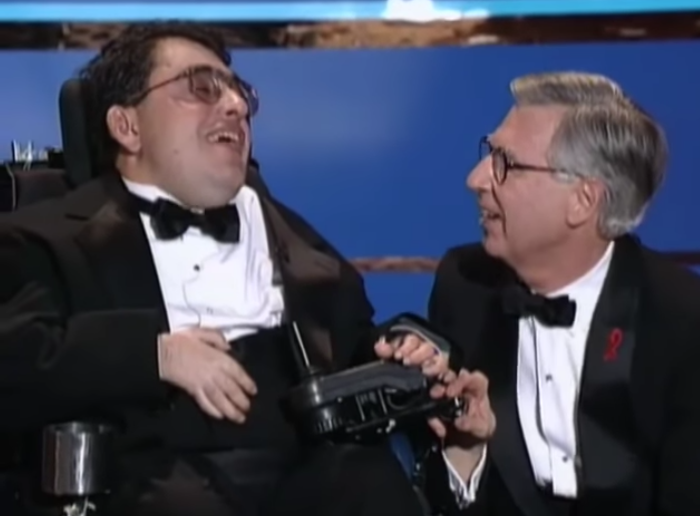 The audience was brought to tears (us, too) as the two friends reunited. Rogers seemed completely blind to them, though, because he was so focused on Jeffrey who was telling the TV star just how much he means to him and how his show impacted his life.

Jeffrey ended his tribute by telling Mister Rogers, “it’s you I like.”

Watch the sweet surprise in the video below – then do right by Mister Rogers and share with all your neighbors.