Have you ever taken a quarter and spun it around on a table, wondering how long you could get it to stand upright? Imagine doing that with a life-size hoop, with you on the inside.

Matthew Richardson does just that in his spare time. He works a regular day job as a freelance graphic designer, but his true passion is performing as a hoop aerialist, which is what brought him to audition for “America’s Got Talent.” 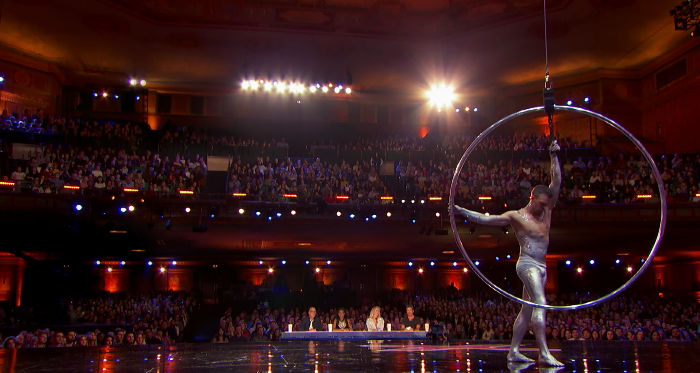 When Matthew arrived on stage, covered in silver body paint and glitter, the AGT judges were understandably surprised and a little confused. He was vague about what his “talent” was but was clearly confident as he stood before them.

When his hoop dropped down from the ceiling, the judges’ facial expressions quickly went from confused to intrigued. Then, he started his performance with a bang, proving that despite the body glitter, his talent should be taken seriously. 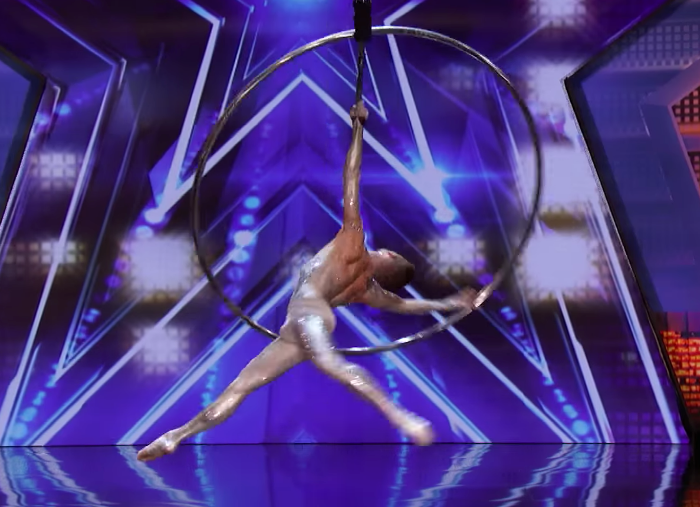 Matthew flew through the sky, spinning around and contorting his body in incredibly fluid movements. But possibly the most incredible portion of his performance was when he returned to the stage and disconnected his hoop from the ceiling.

It was then that he stood in the center of it and spun it around using his own body weight and momentum. No one could keep their eyes off of him — or pick their jaws up from the floor. 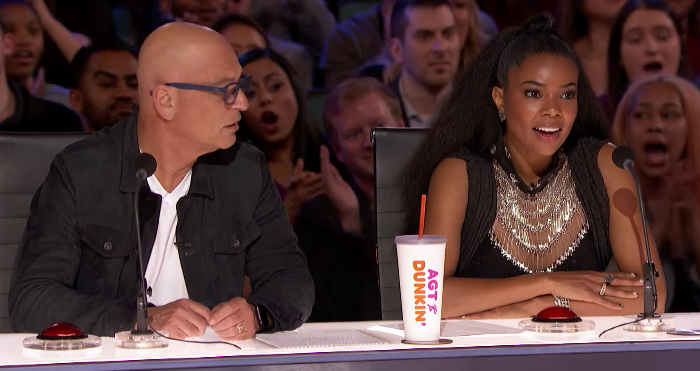 Julianne is all of us watching Matthew twirl. 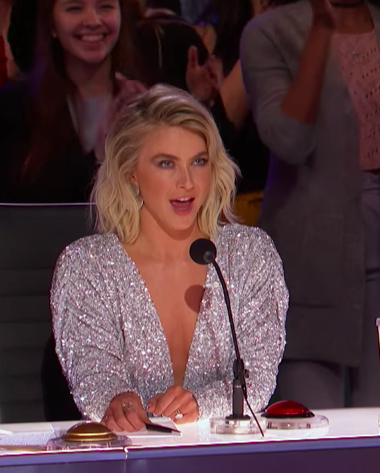 When he completed his performance, Matthew received a standing ovation from the audience and all four judges. His confidence was still very apparent, as he watched Howie, Gabrielle, Julianne, and Simon try to process what they just witnessed.

All four judges had nothing but compliments for the unique performer. They were each equally blown away by his talent, grace, and stage presence. It came as no shock when everyone voted “yes” and advanced Matthew to the next round of the competition. We can only imagine what he’s going to do next.

Watch this astonishing audition in the video below and be sure to share it with your friends.