For those of us who consider our pets family, it’s impossible to understand why anyone would bring an animal home just to mistreat it.

But that’s the unfortunate reality some creatures experience, where kind voices and gentle touches are nothing but fantasy. Such was one German shepherd’s miserable existence for five lonely years. Herschel spent the majority of his life chained up in his owner’s backyard, forgotten and starving for a little affection. 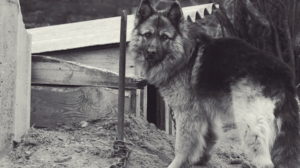 After all that, Herschel was then abandoned and taken back to a shelter two different times. Thankfully, the animal rescue organization Found Animals eventually took him in and began a serious effort to find him a forever home. 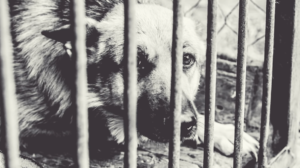 Herschel’s chance at happiness grew even bigger when TV host and animal rescue advocate Rocky Kanaka selected him to appear on his show, “Dog’s Day Out” in 2018. The show features dogs who have a difficult time finding a home, the goal being giving them the “best day they have ever had” and to get them noticed by potential adopters.

Millions watched as the sweet teddy bear of a dog got to play in snow for the first time, taste a burrito, and enjoy his first puppuccino! Hundreds of adoption applications began flooding in, and finally, Herschel found the perfect family. 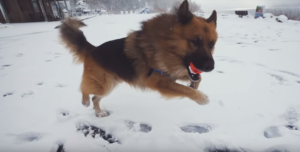 The only thing left to do was to drive Herschel from Los Angeles to his new home in Washington, which Rocky had the pleasure of doing. As his new friend drove him toward his happy ending, Herschel finally rested easy for the first time in his life. 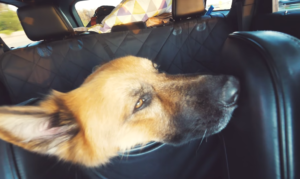 On the way there, Rocky decided to make a pit stop so Herschel could experience another first: the ocean. 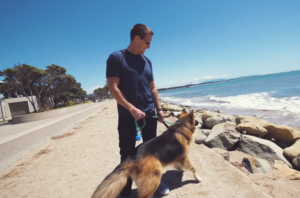 Herschel’s reaction at seeing the wide expanse of water could only be described as pure joy. The German shepherd began jumping, whining, and made adorable vocalizations resembling those of Chewbacca. 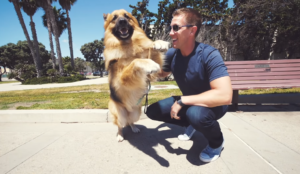 And when he dipped his paws in the water, he was in heaven. “He was biting the waves, and jumping in and out like a dolphin,” Rocky said. “It brings happy tears to my eyes knowing that he’ll now be loved forever.” 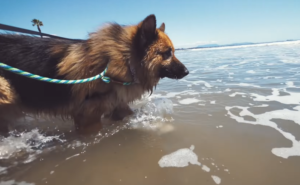 The day couldn’t have ended better because he got to go home with his new mom. 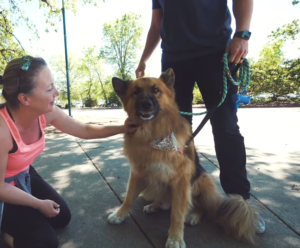 Now Herschel will get all the love, snuggles, and care he went without for so long thanks to Found Animals, Rocky, and everyone else who took a chance on him. We wish this happy boy nothing but the best as he enjoys everything his new life has to offer.

Watch Herschel’s heartwarming reaction to seeing the ocean and share his beautiful story with all the animal lovers in your life.