When you’re out and about in public, it’s always a good idea to be aware of your surroundings.

Doing so can help keep you safe, but it can also make a world of difference for those around you. That’s exactly the case for one anonymous woman in London, England, who’s being praised as a hero due to her quick thinking and fast action. It’s all because she was alert and noticed that something wasn’t right.

While on the train platform at Tring in Hertfordshire, CCTV captured a moment that’s making the rounds online because of the extraordinary nature of the footage. 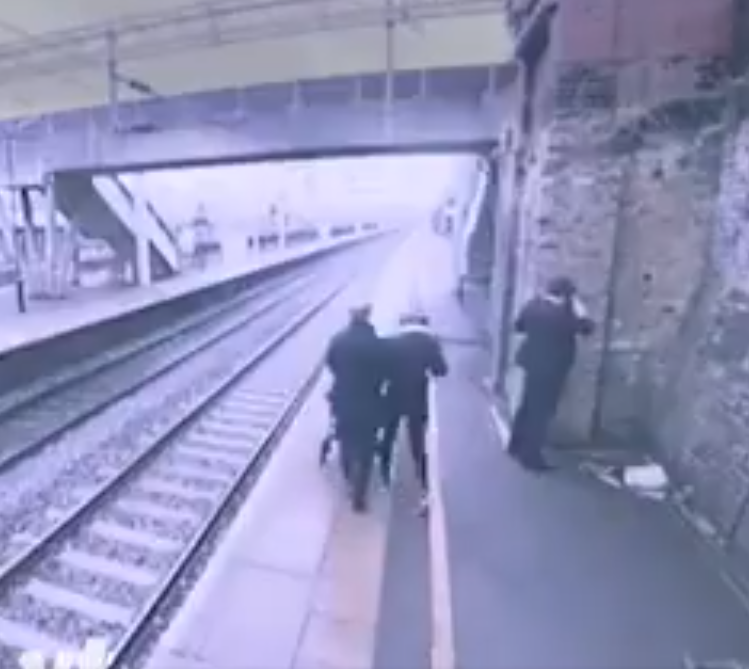 A man can be seen standing on the train platform, speaking urgently into his phone. A couple passes him while pushing a baby stroller, and it’s clear even in the grainy security footage that the man seems upset. His body language tells us instantly that this is a person in distress. 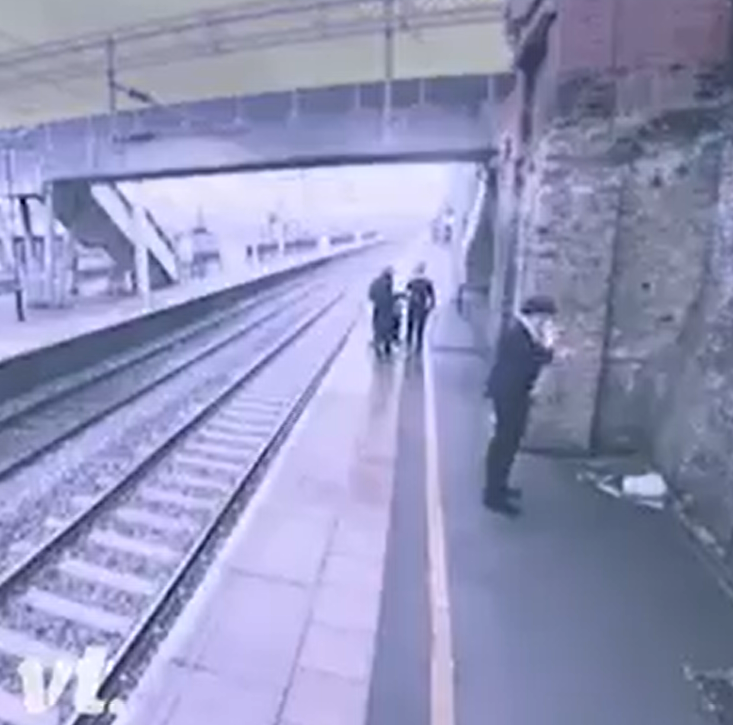 The man angrily throws his phone down, smashing it into pieces on the cement walkway. He throws his hands into his hair and paces like a caged animal.

Luckily, the woman had sensed his distress before this even happened, pausing and turning to face him. You can tell that she is contemplating whether she should get involved or not, but in the end, she can’t ignore the human being who is clearly suffering right in front of her.

She starts to approach him to see if she can help. 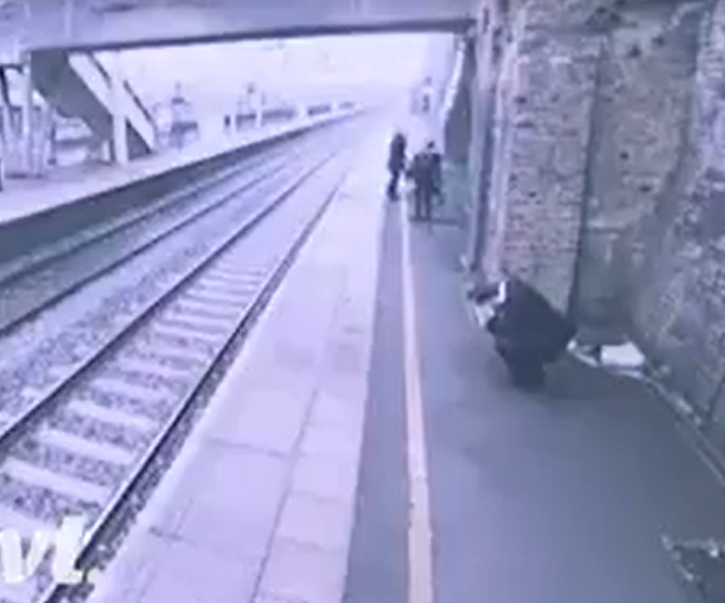 We can only imagine what thoughts might have been going through her head as she moved closer to the stressed-out man. Certainly, she was concerned about her own welfare; this was a potentially volatile stranger, after all — but this kind woman put her own fears aside and reached out to someone in need.

Seconds later, her selfless nature is on full display, because before she can get within 10 feet of the man, the high-speed train arrives. The man, resigned, stands up and squares his shoulders.

In an instant, he lunges himself towards the oncoming train… but fate had put the woman there for a reason that day. 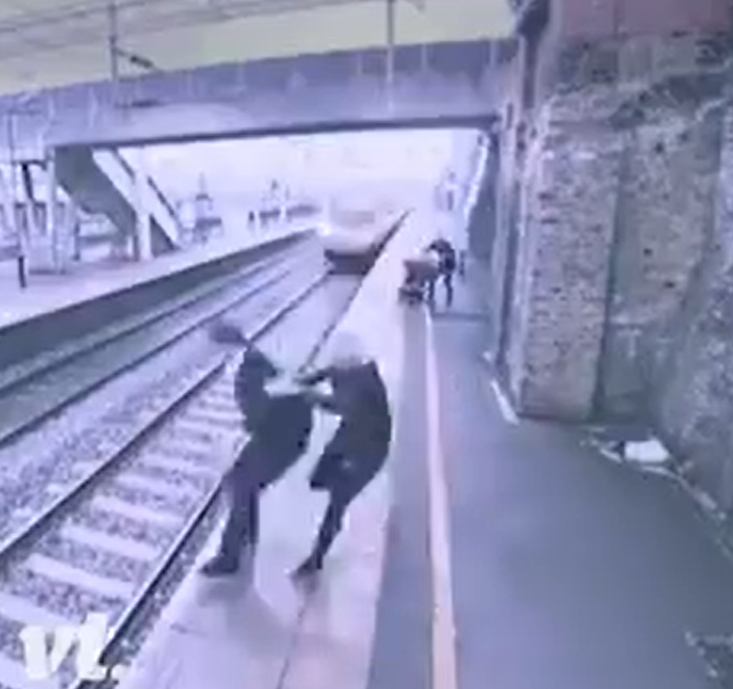 In an incredible act of selfless heroics, the woman launches herself towards the man just before he would have collided with the speeding train. She pulls him back onto the platform in one swift movement. It’s almost as if she had superhuman strength in the moment of need.

The video ends abruptly, and the woman is now being praised as a hero. It’s worth noting that the British Transport Police are examining the video and question its authenticity, but whether it’s real or fake, it’s a great reminder for us all to pay attention to the people around us. You just never know when you can save someone’s life just by being aware of your surroundings.

“We encourage our passengers to look out for one another and to trust their instincts if someone looks like they might be in need of help. We know from experience that when someone is in distress, simply engaging them in conversation can make all the difference.”

Watch the incredible footage below, and be sure to share this story to remind everyone to be present and attentive every day.

If you take the time to care, you might save a life 🙏 pic.twitter.com/2eZWZ5MgDY