You may remember Matthew A. Cherry from his days as a wide receiver for the National Football League.

These days Matthew is focusing on other projects, most notably writing and co-directing an animated short film called “Hair Love.” The former pro-athlete started the project with a Kickstarter campaign that raised more than $284,000. Years later, all that hard work is paying off: the film was just nominated for an Academy Award! 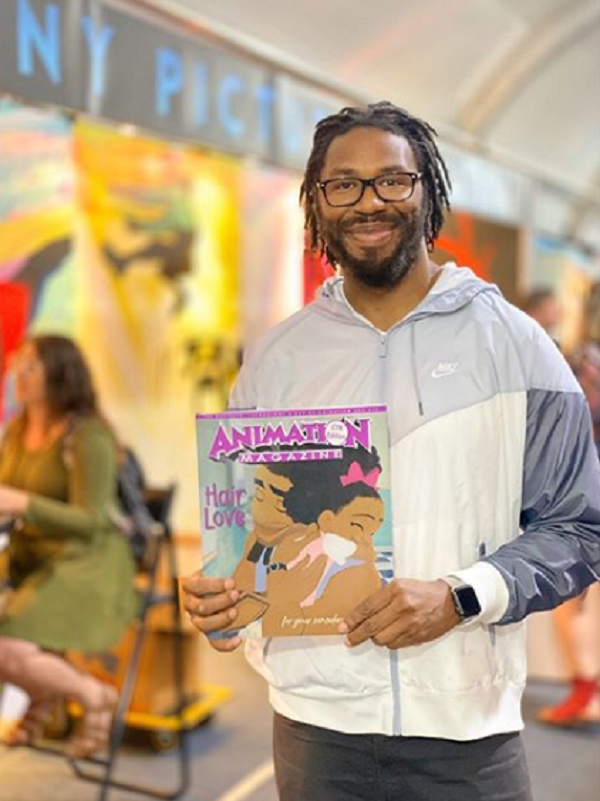 “Hair Love” is a 6-minute long animated film that’s based on Matthew’s children’s book of the same name. The short originally aired in theaters before “Angry Birds 2,” and it’s now available for free on the internet. The story centers on a little girl named Zuri who wakes up excited for a special day.

The only problem is the little girl’s wild halo of ultra-curly hair. Unable to tame it, the child refers to YouTube tutorial videos that her mother made, but even with this expert tutelage she can’t seem to make her hair behave. 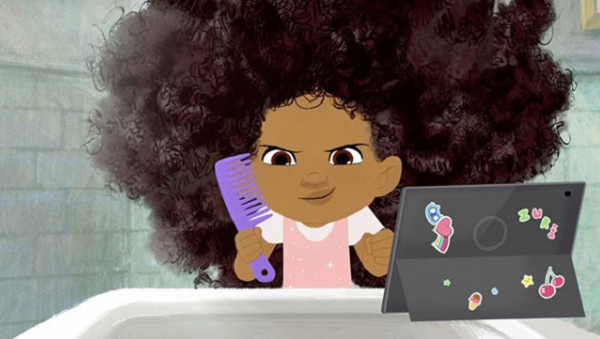 When she gets frustrated by her unruly ‘do her dad steps in to help. What follows is a sequence of funny moments that any dad who’s ever attempted to do his daughter’s hair will appreciate! Even though the film has next to no dialogue, the story flows seamlessly and draws the viewer into Zuri’s world.

In just 6 minutes we learn so much about this family’s struggle, including where Zuri’s mother is and why she can’t be there to help her manage her hair. The film is equal parts hilarious and sad, with an surprise ending that is sure to move viewers to tears.

Matthew has no kids of his own, but when asked why he decided to turn his book into a movie he explained, “I wanted to see a young black family in the animated world.” 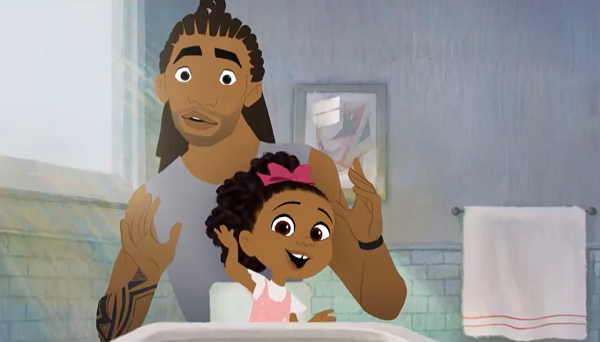 Even if the movie doesn’t win on Oscar night it’s already making a big impact online. The fact that such a short film can pack so much emotion into just a few minutes is simply incredible!

Watch “Hair Love” for yourself in the video below, and don’t forget to share.