Remember when you were a kid and you got busted for some infraction, but you just had to suck it up and let your parents yell?

Kids with any sense of self-preservation know to just keep their mouths shut because talking back to their parents is only going to make matters a whole lot worse. But the whole “silence is golden” concept is clearly lost on this husky.

While huskies are notoriously vocal, a quick scroll through Blu’s Instagram account and you’ll notice right away that he’s especially sassy — and he wears his emotions on his face. 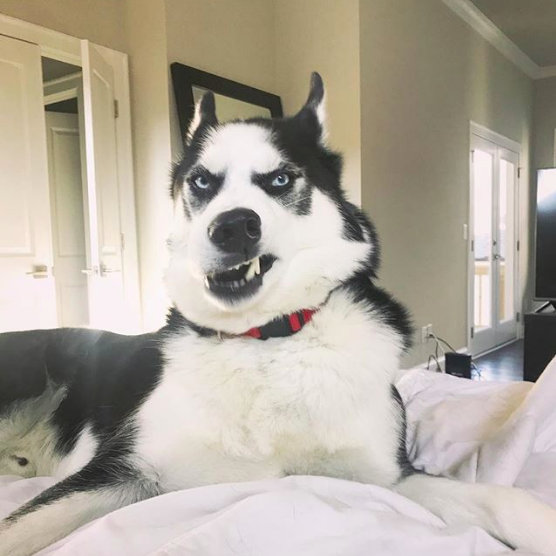 A few months back, his mom and dad decided to go out on a date. Naturally, they told him to go to behave himself and go to bed. But Blu wasn’t tired, so he went rogue…

And ate his bed instead. 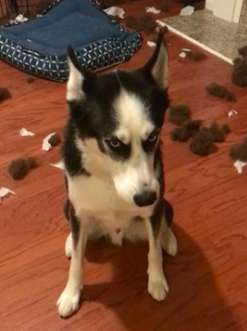 When Mom confronts him about it, though, he is not willing to take this one lying down. No, ma’am. 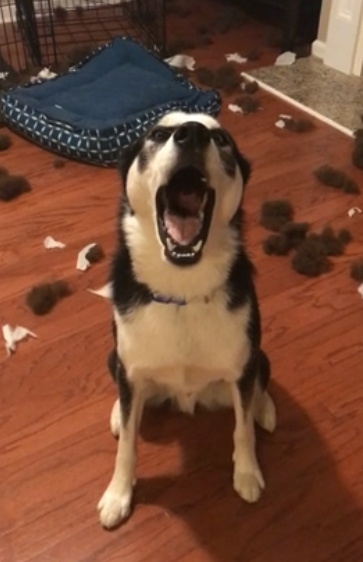 Blu launches into a full-blown howl as his mom tries to scold him. “Hey, don’t talk over me, bud. Listen. Hey! Blu?” she tries to get a word in edge-wise and learns that’s not going to happen.

He even throws in a couple well-practiced death stares for good measure: 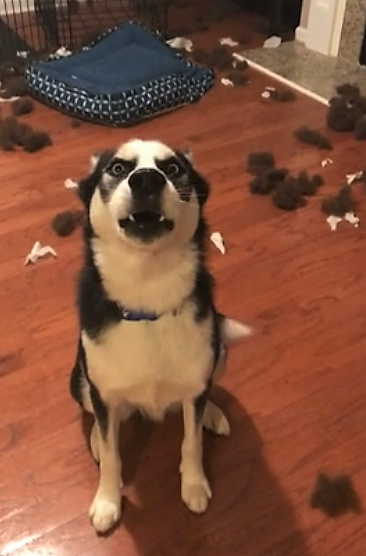 Watch Blu’s massive meltdown in the video below, and be sure to share to spread more laughs!