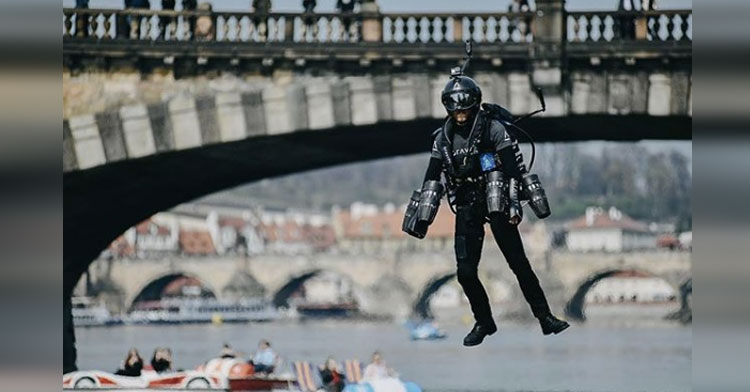 Technological advancements have changed the world and how we live in it.

Today, most of us walk around with tiny computers in our pockets. And thanks to progress in the medical field, people with previously incurable or terminal illnesses are looking forward to the future. Oh, and did we mention humans can fly now, too? 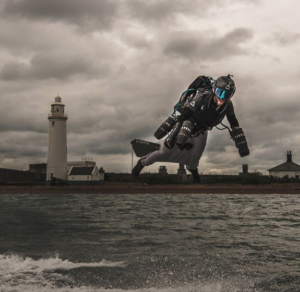 Allow us to introduce you to Gravity Industries and its founder, Richard Browning (middle). In just under three years, the British aeronautical innovation company has grown into a multi-million dollar organization because of its futuristic product. 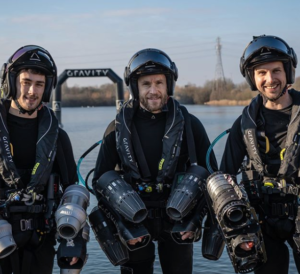 Richard founded the company in 2017 with a mission “to re-imagine human flight and inspire a generation to dare ask ‘what if!'” And he certainly accomplished both with his Iron Man-esque invention — a flying jet suit. 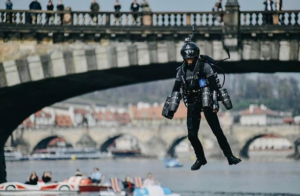 “The vision, was really to go and tackle a challenge that was largely considered to be impossible: the idea that human beings could fly,” Richard told CNBC. “Having gone and achieved it, it’s opened the door into a whole new realm of human capability, really, human possibility.”

While Richard and other engineers are constantly tweaking the technology, their current models feature a large jet which attaches to the back and two mini jet engines that are strapped to each arm.

Not only does it work well, but it recently set a Guinness World Record! Richard recently broke his own record for fastest speed reached in a body-controlled jet-engine-powered suit at 85.06 mph.

As you might imagine, these suits don’t come cheap. CNBC reported a price tag of $440,000 per unit. And a daylong training session costs $40,000. Still, there’s no denying this opens up an exciting new world of possibilities for people and organization around the world.

Thanks to limit-pushers like Richard and the people he works with, a future where everyone gets around in their own jet suit may not be too far off. Human minds are capable of incredible things!

Learn more about Richard’s vision in the video below. Share to spread the word about this amazing piece of technology!