In 2006, motivational speaker Judson Laipply uploaded a little video of himself dancing to YouTube.

In the video, Judson danced to 32 different songs spanning several genres and time periods, perfectly executing the accompanying dance moves in time to the music. The video went on to become one of the most-watched YouTube videos of all time, defining the phrase “viral video.” 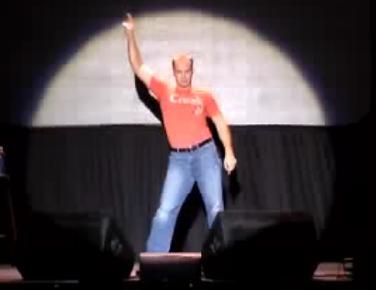 Years later, a group of German teenagers offered up their own entry into the “Evolution of Dance” category. This time, though, there were four dancers instead of one, and the teens were putting on a show for their fellow classmates at prom. Also, with all due respect to Judson, these kids really know how to cut a rug!

The dance number ranges from old-school songs to modern hip-hop, starting off with Ben E. King’s classic “Stand By Me.” They continue moving forward in time with Chubby Checker’s “Twist” and James Brown’s “I Feel Good” before switching over to the disco years. 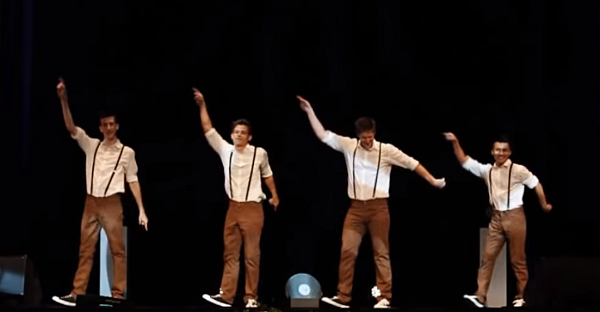 Anyone who has ever danced the night away to “YMCA” or “Funkytown” will appreciate this portion of the dance number, and these really teens do it justice. They’ve not only got the choreography down pat but they’re also extremely athletic, doing back flips and jumps — and making it look easy! 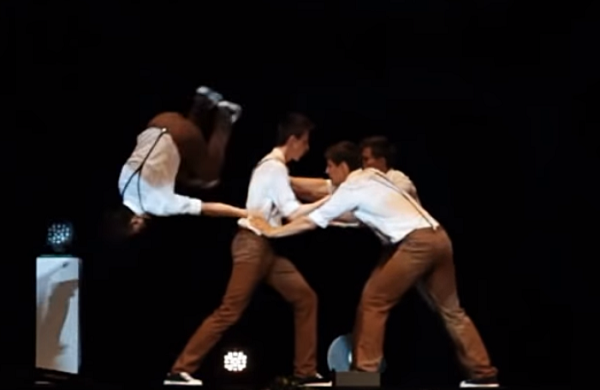 All of the songs they selected retain their popularity today, so if you loved it when Baby did the jump in “Dirty Dancing” you’d better believe these teens are including that moment in their routine! As they move through the 1990’s we get treated to “Ice Ice Baby” and even a few notes of “Baby Got Back.” 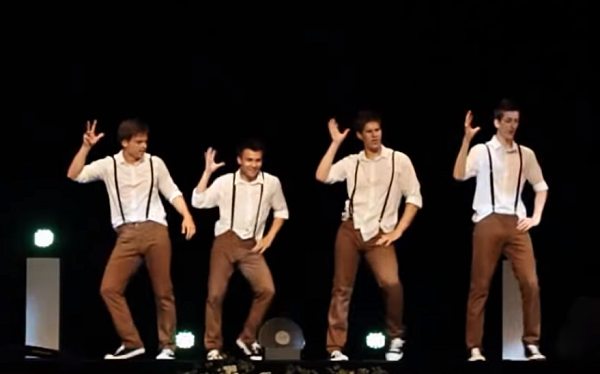 Soon it’s time for “Call Me Maybe” by Carly Rae Jepsen, “Single Ladies” by Beyoncé, “Toxic” by Britney Spears, and finally, the dance song that had us all rolling our eyes but still singing along, “Gagnam Style” by Psy. Basically, every popular dance song you’ve ever shaken your money maker for at a wedding reception is featured here! 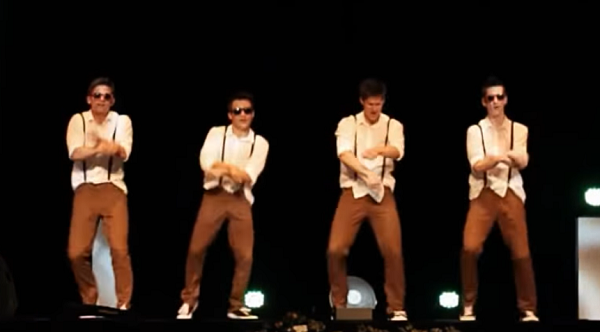 Music is such a fun way to connect with your friends! These young men seemed like they had the time of their lives (pun intended) putting on this show, and so far the 2.8 million views on YouTube indicate that others liked watching it, too.

See their fun “new evolution of dance” in the video below, and don’t forget to share.