The hours leading up to the Messoudi Brothers’ “America’s Got Talent” audition were anything but peaceful.

The three brothers have taken their hand-to-hand balancing act around the world after successfully competing on “Arab’s Got Talent,” but a travel snafu left them stranded miles away from their “AGT” audition in Los Angeles, California. 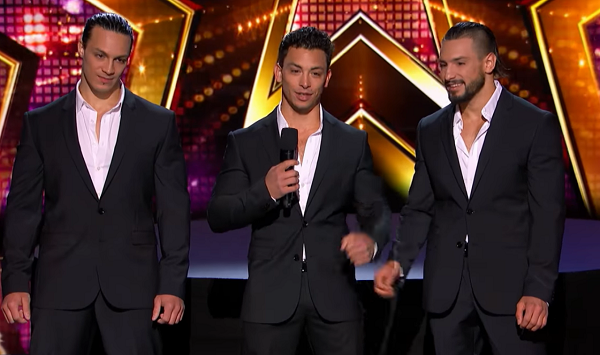 After flying directly in from Beirut, Lebanon, in the nick of time the brothers were frantically scrambling to get themselves together before this crucial audition. They even confessed to the judges that the airline had lost their luggage and they were wearing borrowed suits!

Not only were the brothers determined to get to the audition because it’s sure to further their career ambitions, but they also had a very special guest sitting in the crowd that night: their father. 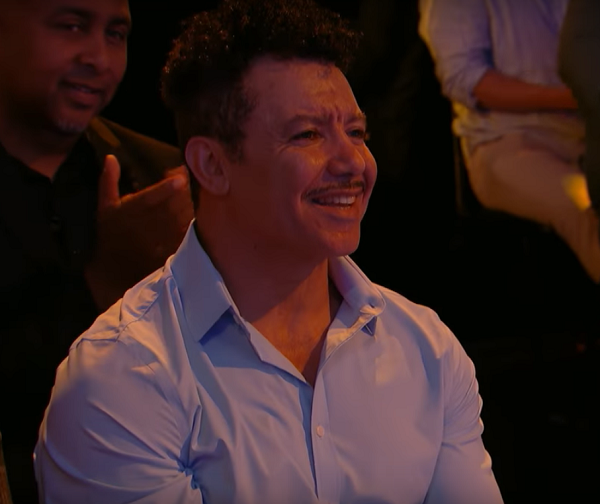 “Our dad is the reason that we started working. He’s been teaching us ever since we [were] like 2 or 3 years old,” one of the brothers explained. With the man who taught them everything they know watching eagerly from the audience, the brothers got right to work showing everyone what they can do.

They started off slowly with a few balancing moves before deciding, much to the ladies’ approval, that those borrowed suits had to go! 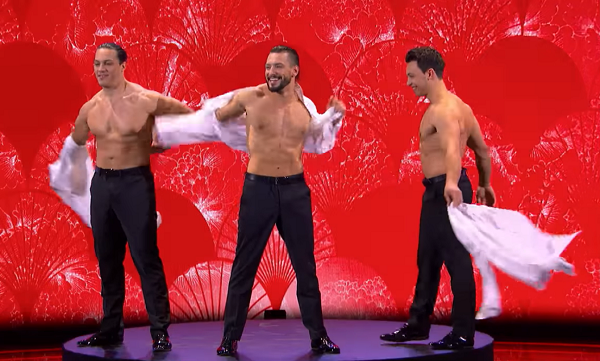 Once they were unencumbered by those pesky clothes they really blew the competition away. Their act consists of a series of complicated and awe-inspiring acrobatic moves, each requiring the kind of core strength most of us only dream of having. 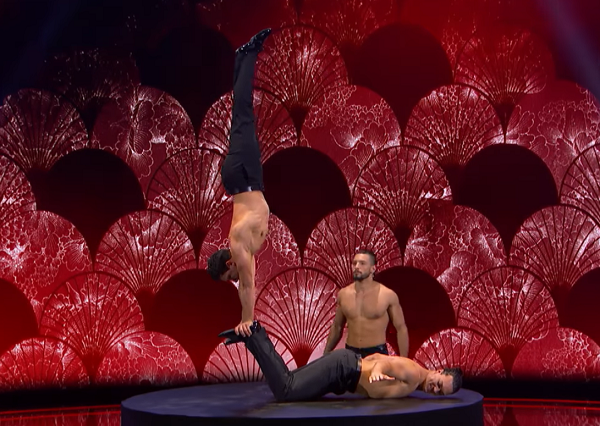 The audience and judges audibly gasped as one brother held his sibling’s entire body weight on just his legs for several seconds. Backstage, host Terry Crews was blown away by the sheer strength being displayed on stage, “Do you have any idea how strong you have to be to do that?” Considering how buff Terry is himself we’ll take his word on it!

Just when we thought the Messoudi Brothers had shown us all they had they asked the judges if they could bring their dad up on stage. Naturally, they said yes, and what came next was simply out of this world. 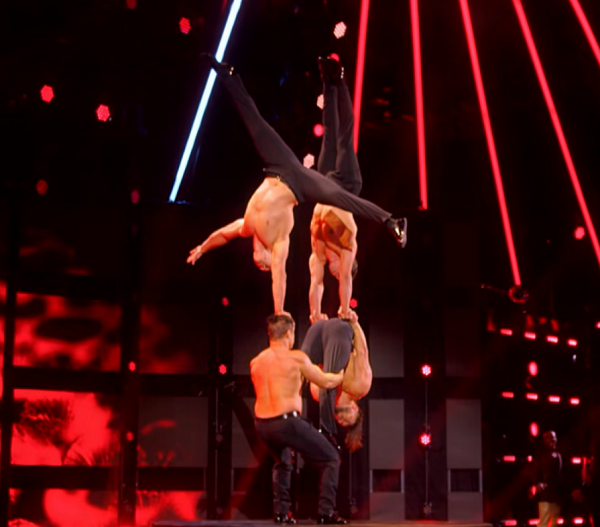 Their dad wasted no time in shedding his own shirt to join his sons on stage, and seconds later he was holding their combined weight all by himself! Now we see where the boys get their superhuman strength from!

This is something we’ve never seen before, on “AGT” or elsewhere. Judges Howie Mandel, Gabrielle Union, Julianne Hough, and Simon Cowell were all blown away and sent them to the next round with four resounding yes votes. 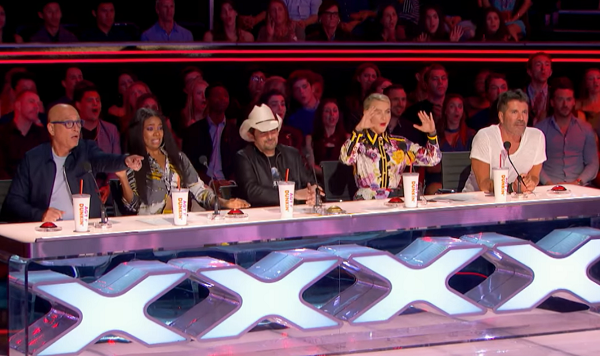 You know what they say, like father, like son! The whole Messoudi family should be so proud of their performance on the “AGT” stage. It’s not every day that we get to see such dedication to a craft like this, much less one that has been passed down from one generation to the next.

Watch their incredible feats of strength in the video below, and don’t forget to share.