Only someone who’s been through it herself can truly empathize with a new mother who’s just run out of baby formula. But it gets a bit more complicated when you’re at a cruising altitude of 35,000 feet.

Patrisha Organo has a 9-month-old daughter, but she’s not the one this kindhearted Philippines Airlines flight attendant had to worry about. Rather, it was a 6-month-old girl, the daughter of one of the passengers on a domestic flight, who was crying hungrily and evoking stares from fellow exhausted travelers. Patrisha didn’t know the mother, but she knew what her baby needed… and that she could provide it. 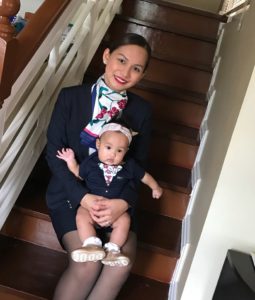 Patrisha wrote that on a recent flight, she was excited about the opportunity to qualify as a Cabin Crew Evaluator. “I thought that this flight’s gonna be so special as this is a big step [in] my flying career,” she wrote. But it ended up being a far more impactful trip that she could have ever imagined.

Everything went smoothly until after take off, I heard an infant’s cry, a cry that will make you want to do anything to help. I approached the mother and asked if everything’s okay, I tried to tell her to feed her hungry child. Teary-eyed, she told me that she ran out of formula milk. Passengers started looking and staring at the tiny, fragile crying infant.

I felt a pinch in my heart. There’s no formula milk onboard. I thought to myself, there’s only one thing I could offer and that’s my own milk. And so I offered. 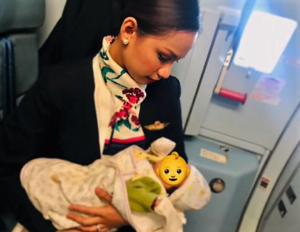 Ms. Sheryl Villaflor, Line Administator on my flight, immediately assisted the mother to the galley where I breastfed the baby … she was so hungry.

I saw the relief on her mother’s eyes. I continued to feed the baby until she fell asleep. I escorted her back to her seat and just before I left, the mother sincerely thanked me.

I was right, the flight’s gonna be special, so special not only because I got qualified as an Evaluator but I got to help. 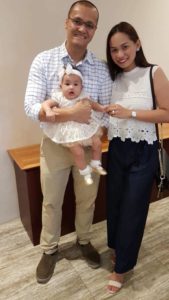 I breastfed a stranger’s baby inflight.

Thank you, Lord for the gift of mother’s milk.

Thank you, Patrisha, for an act of kindness that’s captured hearts around the world. What an incredible gesture. Share to spread more love!

Our health care heroes have fought for months against COVID-19, and we'll never be able to thank them enough. But Uber driver Tammy Rivera of Memphis, Tennessee, has found the...