The beginning of the year couldn’t have started out worse for a dog named Lexi Ann.

She had a family, a home, and puppies to love. Then everything was ripped away from her as a fire tore through her owners’ house. The poor thing nearly lost her own life — in fact, she only escaped because the kennel she was trapped inside literally melted. 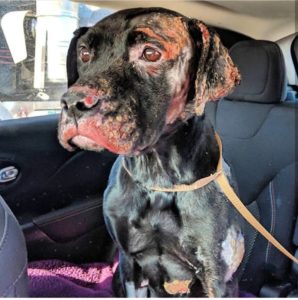 Lexi survived the ordeal, but she suffered severe burns all over her body, some of which went down to the muscle. The family’s other pets, including two cats, another dog, and Lexi’s puppies weren’t so lucky. They all perished in the fire. If not for the angels looking out for Lexi, she would have died later on as well. 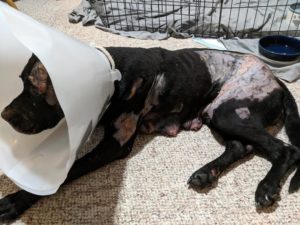 In January, Lexi’s owners dropped her off at a vet clinic to be euthanized. Seeing the extent of her injuries and knowing they didn’t have the means to care for her, they believed this was the most humane option.

Fortunately for the sweet dog, one of the vet techs didn’t agree. They reached out to Ruff Start, an animal rescue in Princeton, Minnesota, instead. The organization was more than happy to take Lexi in. 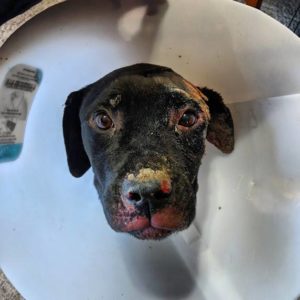 Lexi was then placed with a loving foster family who helped her heal from her wounds, which included “dozens of horrible burns on her feet, sides, nipples, and face.” But Ruff Start says “even with all her trauma and hurt she still is tail-wagging all day.” She kept wagging that tail throughout her recovery, which her foster family documented on Instagram. That’s how Lexi caught the eye of a firefighter in Indiana named Travis. He felt an instant connection and knew he had to bring her home. 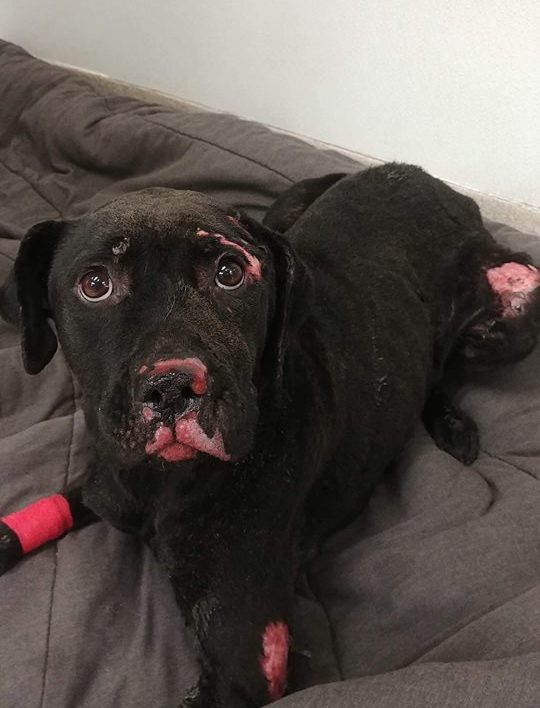 Ruff Start doesn’t normally do out-of-state adoptions, but they made an exception for the determined family who drove 11 hours to meet Lexi and introduce her to their other dog. Travis felt an even stronger connection in person. It was settled; Lexi would become a permanent member of their family. 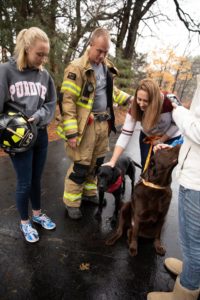 Lexi and Travis couldn’t have been a more perfect match if they tried. “Her dad is a full-time firefighter and connected with Lexi due to the trauma he knows fire can impact on the lives of humans and animals,” Ruff Start wrote. “He actually has pulled his fair share of animals out of fires, many of which were not as lucky as Lexi Ann.” 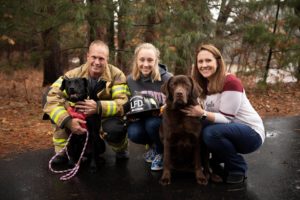 Travis plans to take Lexi to a local camp for burn victims, where her healing presence is sure to help others deal. In the meantime, Travis and his family will be showering Lexi with all the love they can give.

Share this story as a reminder that hope can always be found after tragedy.