When the seemingly impossible happens, you have to wonder whether fate decided to step in.

Certainly, someone (or something) must have been watching out for a lonely puppy named Rudolph in mid-January. Stuck at an animal shelter in Oklahoma with no adoption prospects, the 7-month-old pit bull mix was destined for euthanasia… until something incredible took place. 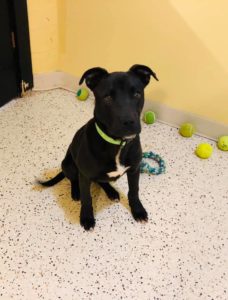 As is the unfortunate reality with many animal shelters, the facility where Rudolph found himself became so overcrowded with stray dogs that staff made the difficult decision to put him down.

But just minutes after the veterinarian administered the drugs, Rudolph woke up! Staff were absolutely shocked when they returned to the room and found the puppy alive and well, tail wagging. 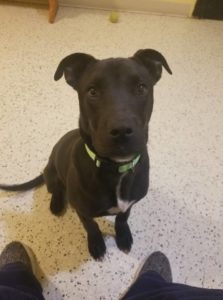 After that, the vet refused to euthanize him a second time. They knew there was a reason he was still alive, so they sent Rudolph to King’s Harvest Pet Rescue No Kill Shelter in Davenport, Iowa, where he’d begin his second chance at life.

It wasn’t long after King’s Harvest shared Rudolph’s unlikely story that adoption applications and calls began pouring in. People started lining up at the shelter’s doors before they opened, all hoping they’d be the lucky new owners of the “miracle dog.” 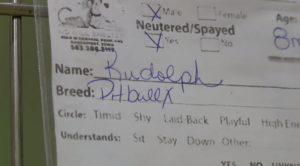 It only took a few days for Rudolph, the unwanted dog who beat the odds, to find his forever home. Now the shelter is hoping that even though he already has a new family, people will consider adopting other dogs there. 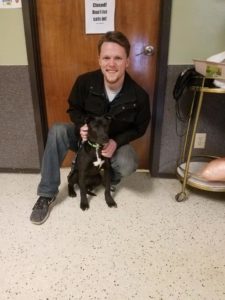 “We have one dog that creates this amazing story for us and then we clear our dog kennels with adoptions because this one dog’s story has touched so many people,” said Rochelle Dougall, Assistant Director at King’s Harvest Animal Shelter. “It’s not just a gift for Rudolph, it’s been a gift for us here to have him.”

We wish nothing but the best for Rudolph as he enjoys all the love and attention he can get! Learn more about his story in the video below, and share to encourage others to adopt.

SECOND CHANCE: 7-month-old Rudolph was euthanized but miraculously lived! Today Kings Harvest Pet Rescue No Kill Shelter 563 386 3117 was flooded with applications to give this puppy a forever home, and today Local 4 News WHBF TV has some good news to report: MORE: https://www.ourquadcities.com/news/puppy-who-survives-being-euthanized-gets-a-happy-ending/1710529211