On special occasions, we tend to think of those family members who are no longer with us.

Every bride who has ever walked down the aisle without her father, every child who celebrates a birthday without their mother — there are countless moments in life when it’s natural to miss someone when they’re taken from us too soon. 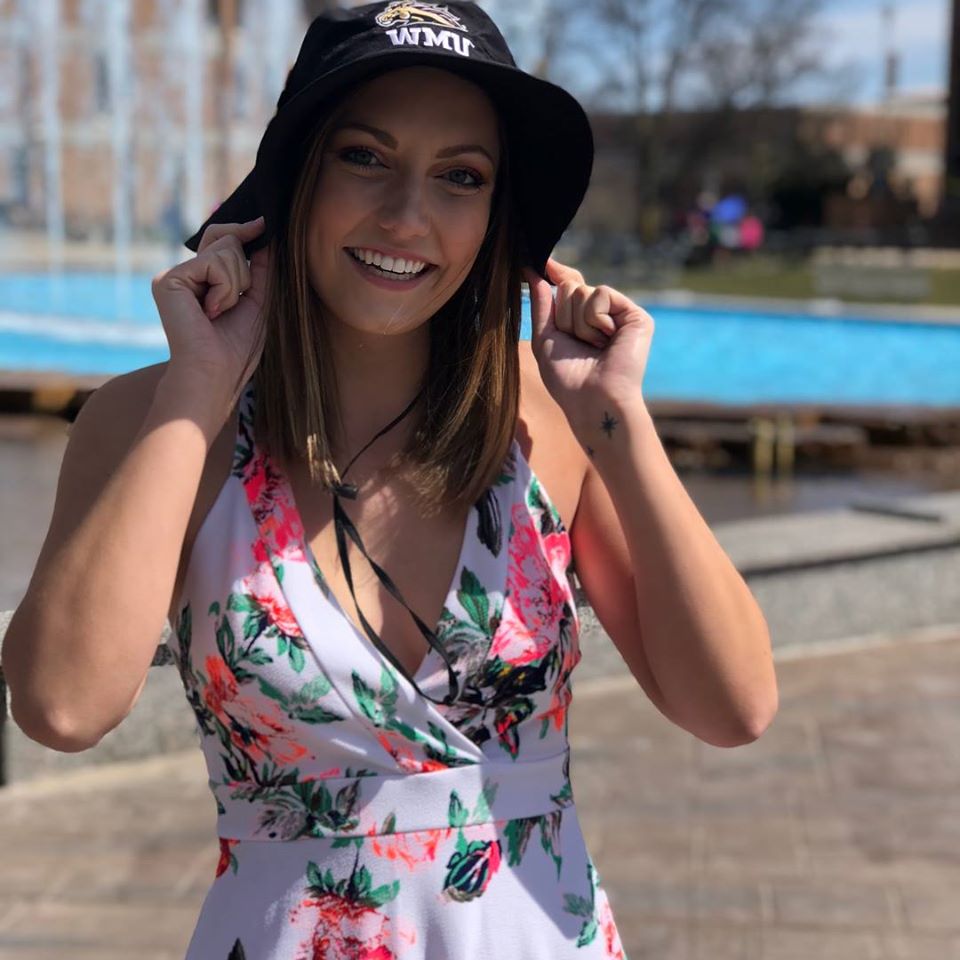 For Emily Switalski of Kalamazoo, Michigan, the day she most felt her father’s absence was the day she graduated from college.

Ten months earlier, Emily’s father, Comstock Fire Chief Ed Switalski, was killed in the line of duty. He had responded to a car accident on Interstate 94, and as he was helping to clear the scene, a car came from out of nowhere and ended his life. He was just 55, and he left behind a wife and two daughters. 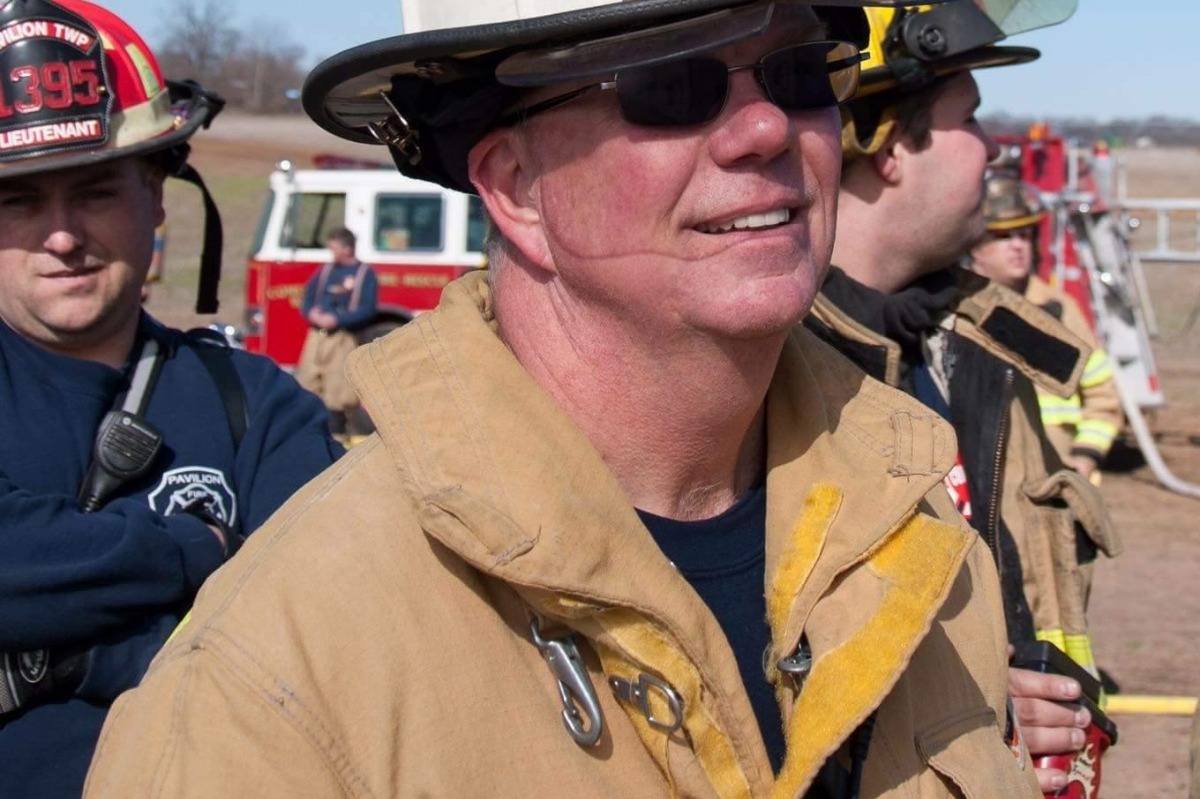 Since his death, Emily and her family have struggled to regain a sense of normalcy. Miraculously, she was able to maintain her grades and graduate on time with a degree in public relations from Western Michigan University.

As her big graduation day arrived, Emily says she only invited her mother and sister to attend the ceremony. Little did she know that her father’s firefighting brethren had made plans of their own to stand in for their fallen hero. 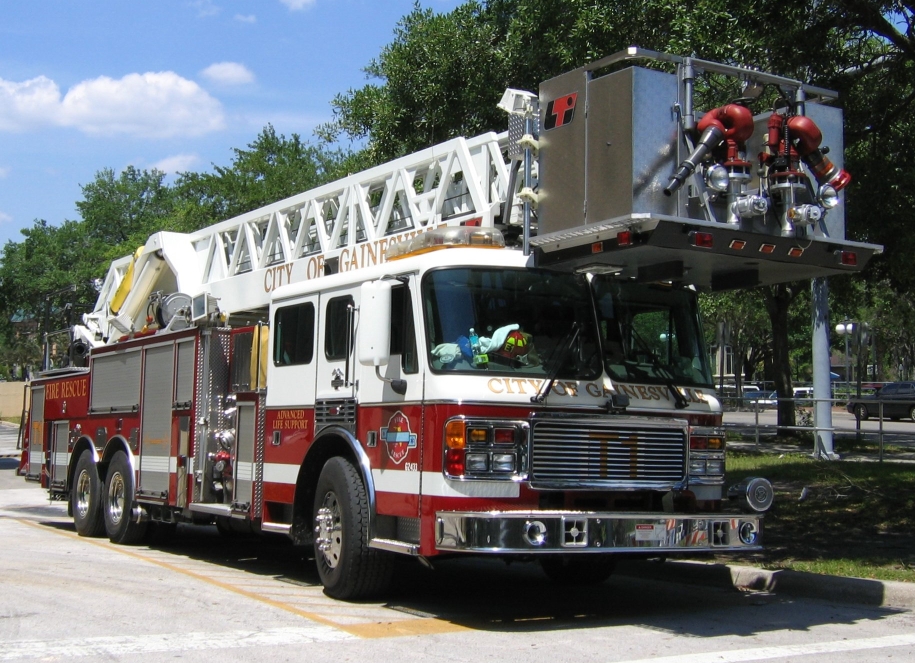 As the university president called out her name to accept her diploma, Emily looked out into the crowd and saw her mom and sister… along with several uniformed firefighters.

“I saw that my mom and my sister were still sitting down and I thought, ‘that’s strange’ and I looked over and I saw the firemen that came out to support me and make my day a little bit more special since my dad couldn’t be there,” she said. 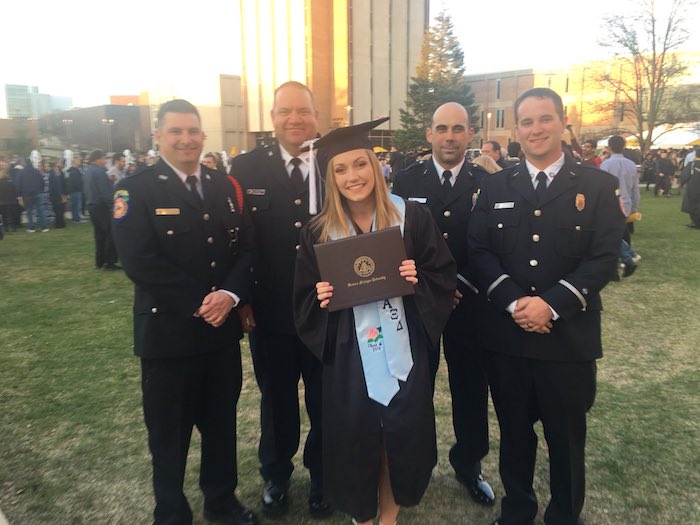 Emily was taken completely by surprise, but she says it meant the world to her to have them there. Even though her father couldn’t be there, they had made sure he was represented.

“I hope that he’s proud of me and that I did it and I know that even though he wasn’t there physically he was there with me and always watching over me.” 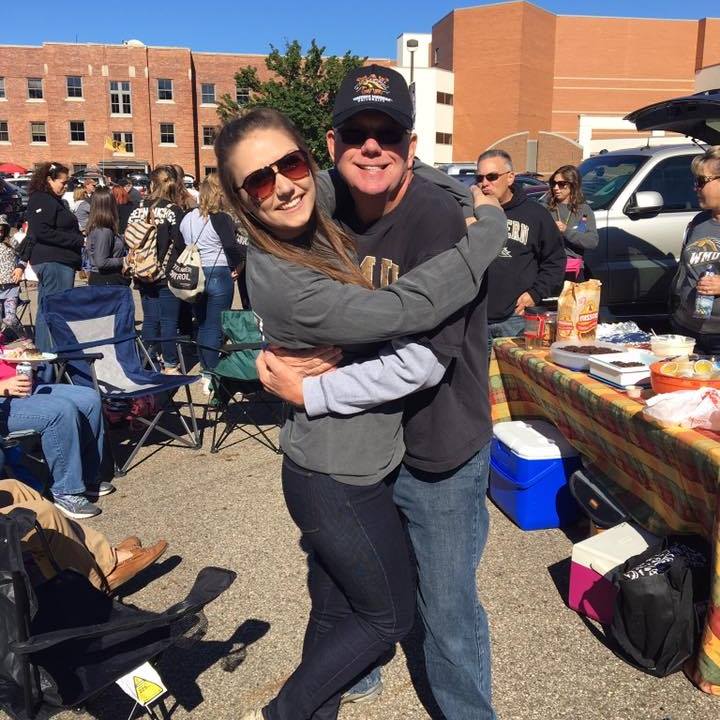 After the recent graduate shared a photo of her dad’s stand-ins on Twitter, the image went viral and was shared thousands of times all over the web. On Reddit, commenter bkelley explained that firefighters generally share a special bond:

I don’t exaggerate in saying that these men will be a apart of her life forever. The bonds and friendship you make in a firehouse are incredible. After my daughter was born wives and guys from my station brought us dinner every night for two weeks straight. Some of the wives even came over to help my wife around the house after I returned to duty.

And proving that the internet is a small world indeed, one of Emily’s family members, chicagno, even saw the post:

This is my cousin. That was such an awful day last June… Ed was the most wonderful person you could ever hope to meet. Words cannot express the beauty and light that emanated from him. He made everyone around him so… comfortable. Like everyone he met was his best friend. Thousands of hearts broke that day, but his daughters are carrying on his legacy.

Family is truly wherever you create it, and some bonds are forever.

Congratulations, Emily. Wishing you the brightest of futures. We know your dad is proud of you!