15-yr-old Carlie Wittman is like any other teenage girl. She listens to the latest bands, has a celebrity crush, and cares how her classmates see her. Carlie just happens to have Down syndrome.

Shaedon Wedel, one of Carlie’s best friends, wanted to do something special for the wonderful girl, who needed a date to prom. Wedel donned a ‘punny’ shirt with the most heartfelt proposition for Carlie. “I know I’m NACHO your typical Dorito but… I’m going to be CHEESY and ask: will you go to prom with me?”

Can’t wait for prom with this sweet gal pic.twitter.com/z3Lc66YRW3

The tweet went viral overnight with over 500,000 likes on Twitter. People couldn’t get over Wedel’s heartfelt gesture for Carlie. 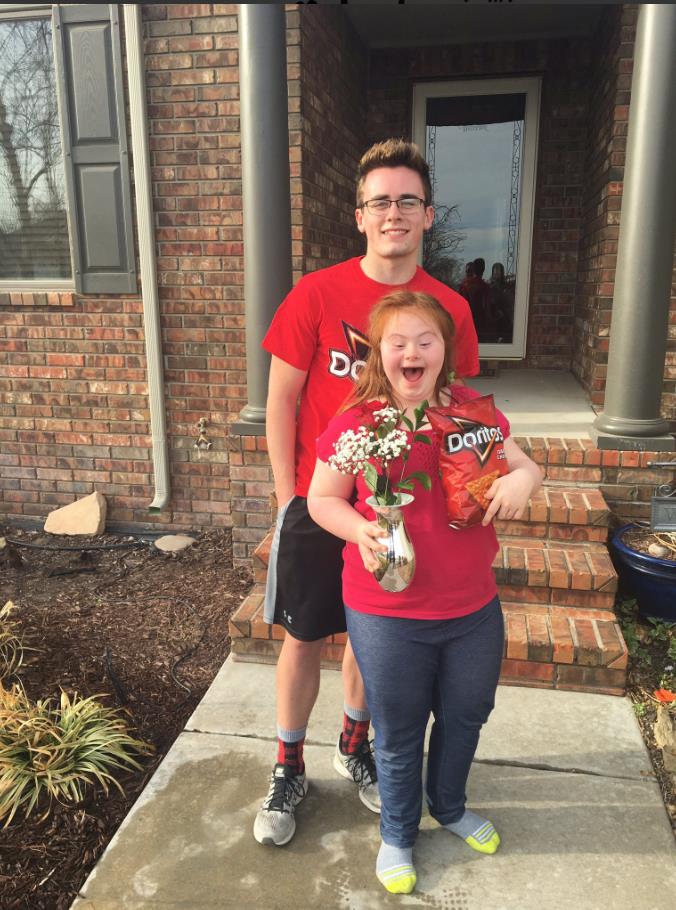 Wedel has been best friends with Carlie’s brother since the two were in elementary school. He really got to know Carlie with all the time he spent at the Wittman’s house.

“Knowing her for seven years now, she’s brought nothing but joy to my life. Anyone who’s ever around her, she makes them laugh, she always has a smile on her face. She’s amazing,” Wedel said.

Check out the moment Carlie finds out she’s going to prom with one of her best friends in the video below.

These Two Are ADORABLE!

Shaedon asked Carlie to prom in an especially cheesy way; featuring a Doritos ensemble. But it's his heart and their friendship exploding hearts around the world. Carlie is a beautiful girl who is the little sister of Shaedon's best friend; she also has down syndrome. Shaedon noted, "Knowing her for seven years now, she's brought nothing but joy to my life. Anyone who's ever around her, she makes them laugh, she always has a smile on her face. She's amazing," Shaedon's shirt reads:"I know I'm NACHO typical Dorito, but…"Back: "… I'm going to be CHEESY and ask: WILL YOU GO TO PROM WITH ME?" To support our mission, pre-order the Love What Matters book in time for Mother's Day: http://amzn.to/2nPuTrP#LoveWhatMattersCredit: Shaedon Wedel