Disney parks never fail to give children (and adults) a magical experience. But sometimes, it’s the guests who leave a lasting impression.

Take four-year-old Bella, for example. The little girl absolutely loves “Star Wars,” especially BB-8. In fact, during her trip to Walt Disney World a few months ago with her mom, Brittany Beard, Belle dressed up as the droid character. And all the actors were scrambling to meet her! 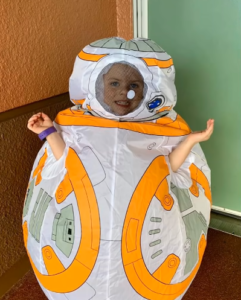 Brittany recorded as Belle stood in her costume, waving to all the passing stormtroopers, Chewbacca, Rey, and even Kylo Ren himself. 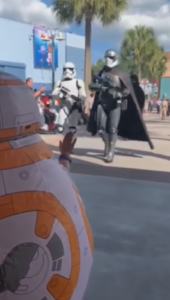 And the stormtroopers definitely took notice — they marched the little droid straight past the line of people. She had someone important to meet. 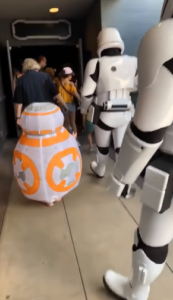 As soon as Belle was faced with Kylo Ren’s intimidating stature, she rushed to explain. “I’m just a little girl! I’m dressed up!” she said. Brittany couldn’t help but giggle before reassuring her daughter that yes, he knew. 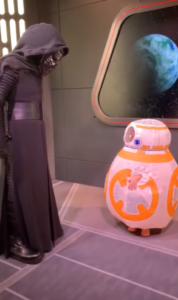 But perhaps the most memorable moment that day took place when one Disney employee, playing an attendant for the park’s BB-8 animatron, saw Belle’s costume and lost it in the best way. 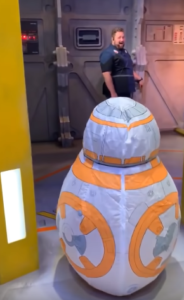 Immediately after laying eyes on the adorable girl, his jaw fell open. He laughed, clutched his chest, and dropped to his knees as Belle turned towards the other BB-8 and proclaimed, “I love you friend, I’m dressed up like you!” 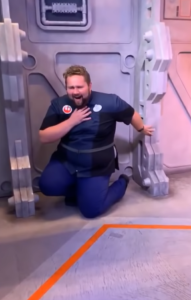 “BB-8 is almost as excited as I —” the man told Belle before correcting himself. “I think he’s more excited than I am!” But we all know who was the most thrilled, here. 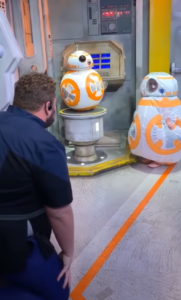 It’s really no wonder why he broke character for a moment. Belle was that cute — especially when she approached her twin for the sweetest hug ever. 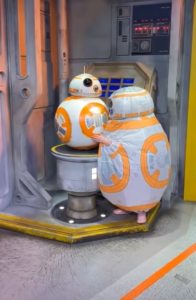 Her biggest new fan couldn’t resist asking for an embrace himself, and Belle was more than happy to oblige, completely making his day. At one point, he was so overcome with adoration that he even teared up! 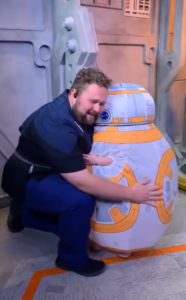 Belle may have had an unforgettable experience at the park that day, but so did all the employees who got to meet her! Could she be any more precious?

Watch as Belle captures everyone’s hearts with her costume in the video below, and share to make others smile, too!