Earlier this month, animal control officers picked up a cold, hungry and extremely pregnant pit bull in York, South Carolina. They wanted her to give birth to her puppies in a more peaceful atmosphere than the shelter, so the mama-to-be – now named Daya – was handed over to the loving arms of local rescue group Halfway There Rescue.

Tragically, an X-ray showed that all of her puppies had died in utero and were in the process of being reabsorbed into her body. 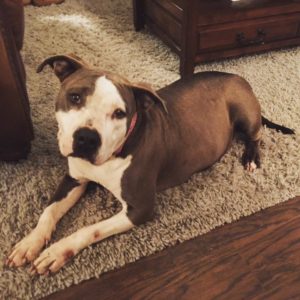 As if losing her babies wasn’t bad enough, it caused a severe infection that required emergency surgery. The surgery went well, but shelter workers noticed some odd behavior even as Daya continued to recuperate:

After surgery, she was so confused as to why she didn’t have any babies that she started mothering socks and toys. She was just following her instincts but she had nowhere to direct her energy.

The shelter vowed to “change her life’s trajectory,” and to find her a perfect home. That’s when Raisin entered Daya’s life– by a pure coincidence that came with perfect timing. 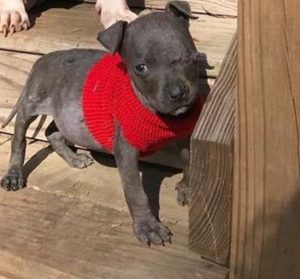 Just days after Daya’s surgery, a 6-week-old puppy was discovered at the side of a road after having been hit by a car. The shelter took the puppy in and named her Raisin.

An adult dog whose maternal instincts are so strong, she’s trying to mother a pair of socks? And a little puppy who would truly benefit from the love only a mother can provide? It was a no-brainer.

Within hours of meeting, Daya and young Raisin were inseparable. 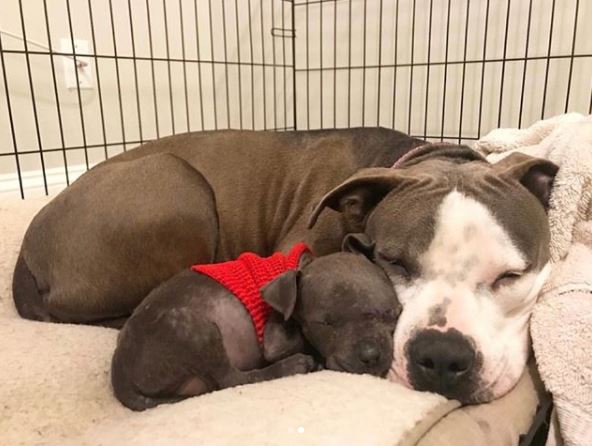 Neither is ready to be adopted yet, since they’re both still recovering from their respective surgeries, but it’s comforting to know that despite their hardships, these two now have each other… 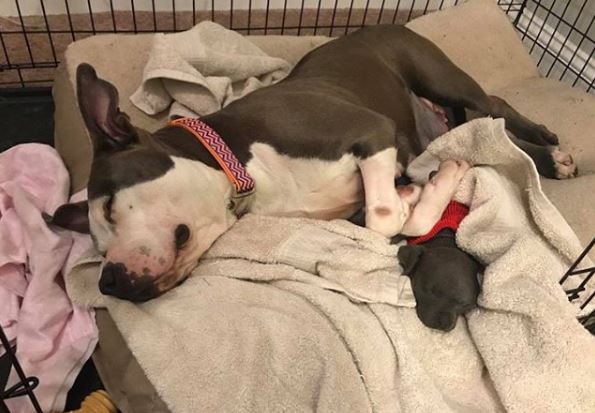 …and they’ll remain safe in the care of this wonderful rescue group until they find their forever home! 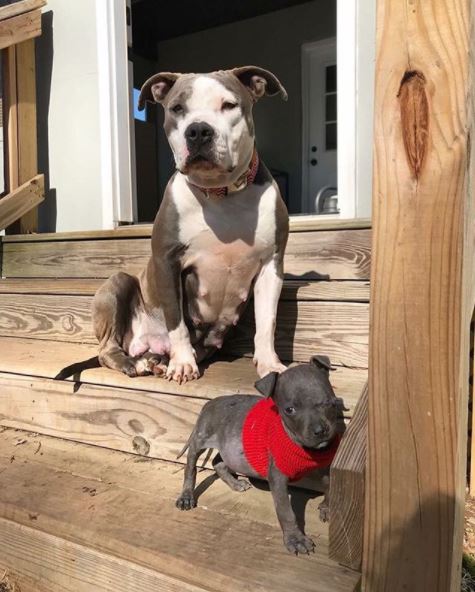