Remember the name Darci Lynne. This won’t be the last time you hear it.

But Darci didn’t do it alone.

She was accompanied by her puppet, a rabbit named Petunia. 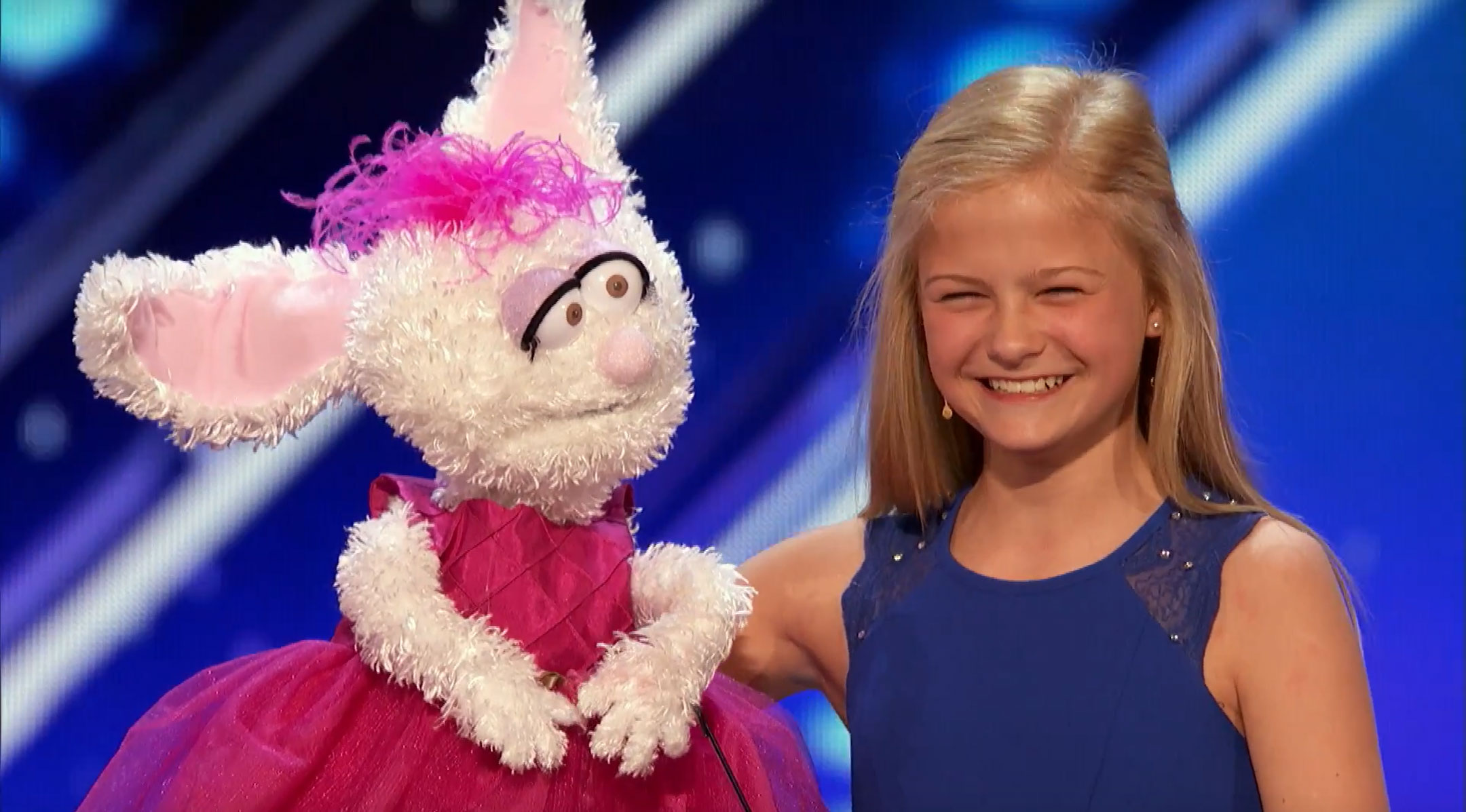 In case you haven’t figured it out by now, Dacri Lynne is a ventriloquist.

She explains backstage, prior to her audition, that she’s suffered from terrible shyness, and she first started practicing ventriloquism just 2 years ago as a way to “find her voice.”

“It’s always been hard to talk to people. I’m not good at eye contact and things like that,” she says. “I thought the puppet is like a friend to help me along the way.” 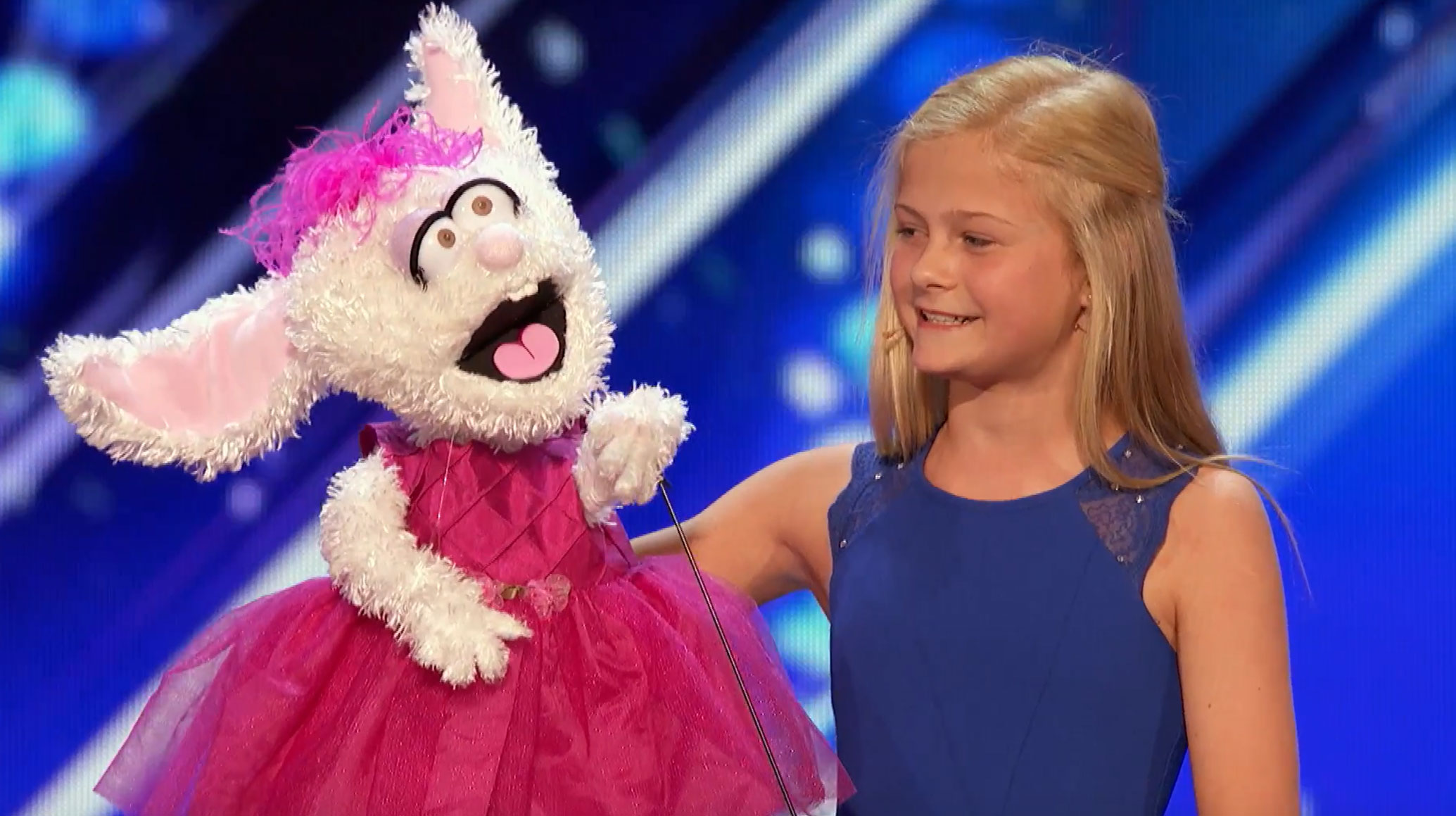 When she first introduces Petunia, her nerves show a little. She’s obviously an adorable little girl, but she hasn’t wowed the judges… yet.

After introducing her to the judges, Darci starts to talk to Petunia, but the diva-bunny cuts her off and starts to belt out an astounding rendition of George Gershwin’s jazz standard “Summertime.”

Darci appears to be just as shocked as the judges! 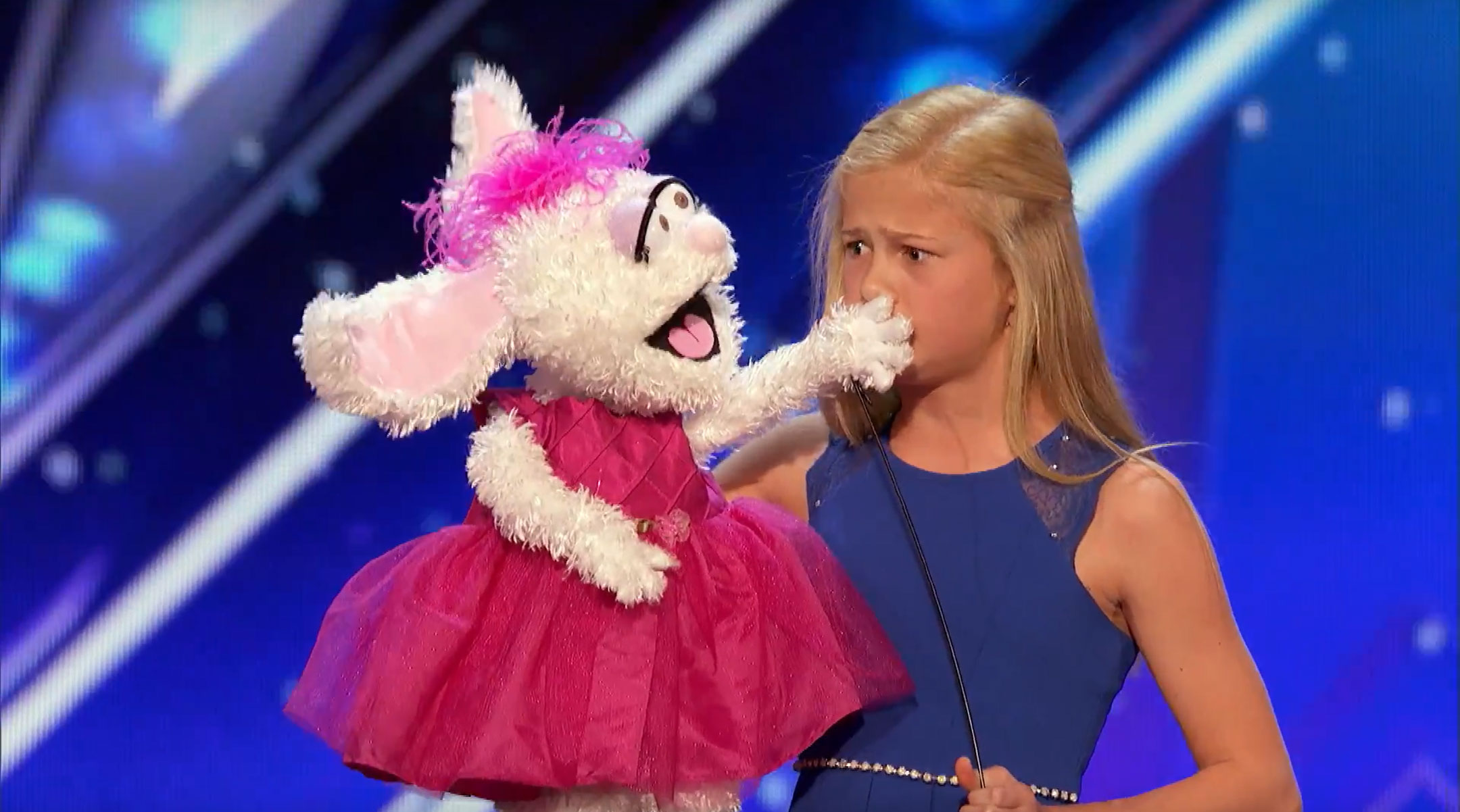 Darci tries to sing along, but Petunia is having none of it– she’s the real star of the show!

In the end, the judges don’t even have enough words to describe how great she is. So Mel B lets her Golden Buzzer do the talking.

Darci has– without a doubt– the best reaction to the Golden Buzzer we’ve seen so far!

Check Darci’s amazing audition– and tear-jerking reaction to the Golden Buzzer– below, and share!